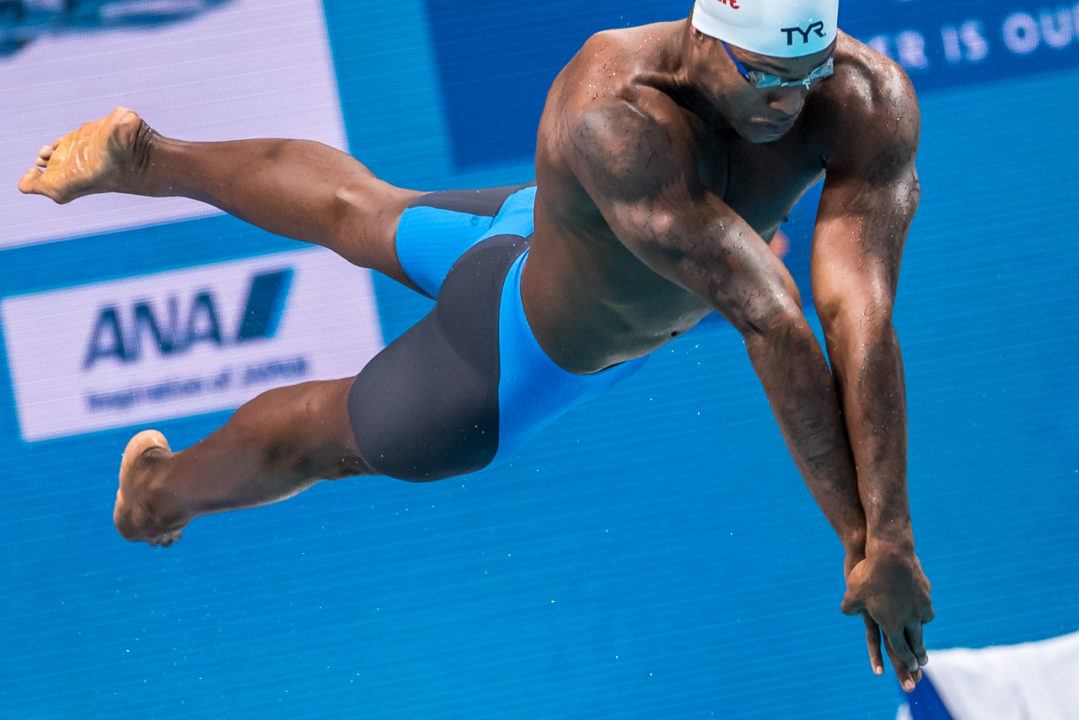 French star swimmer Mehdy Metella made his official return to racing over the weekend as part of a French meet that for many of the country’s national team swimmers was their first competition since quarantines began to strike in March.

For Metella, this is his first meet in almost a year since he raced at a local meet in late November in Grenoble, France, and just his 2nd meet since last summer’s World Championships. Metella revealed in late December via his Instagram that he would need to undergo shoulder surgery, which was supposed to take him out of the Tokyo 2020 Olympic Games.

He then becomes one of the swimmers who actually benefits from the Olympic postponement until July of 2021, because that gives him the chance to recover and be back to full form by the time the new Tokyo Olympic dates roll around.

According to his coach Julien Jacquier, he wasn’t going full out in the races, but rather the goal was to test his shoulder.

“We were happy to see Mehdy swim his first races since his surgery,” Jacquier told SwimSwam this week. “He did two swims, which I would describe as ‘under maximum effort,’ with the aim of testing his shoulder at these levels of engagement.”

This is a cautious approach to the shoulder of the 28-year old Metella after he experienced pain earlier in the week that led to a reduced training load.

The 50 free was done on a split of a 100 meter race, and Jacquier says that he was really happy with Metella’s technique in that race.

“For the 100 butterfly, I would say that he swam it at 90% (effort),” Jacquier said. “The time is what it is, it reassures us that he can engage almost fully.

“This weekend was very positive because it shows how much Mehdy needs work. We must arm ourselves with patience and store up the months of work in order to come back to 100% by the Olympic Games.”

Metella was a member of the French 400 free relay that took silver at the 2016 Olympic Games and has 8 career World Championship medals. 7 of those are on relays, with the exception being a bronze at the 2017 World Championships in the 100 LCM freestyle.

He also has 10 European Championship medals to his credit, 7 in long course and 3 in short course.

Glad to see him back! He has a great fly.