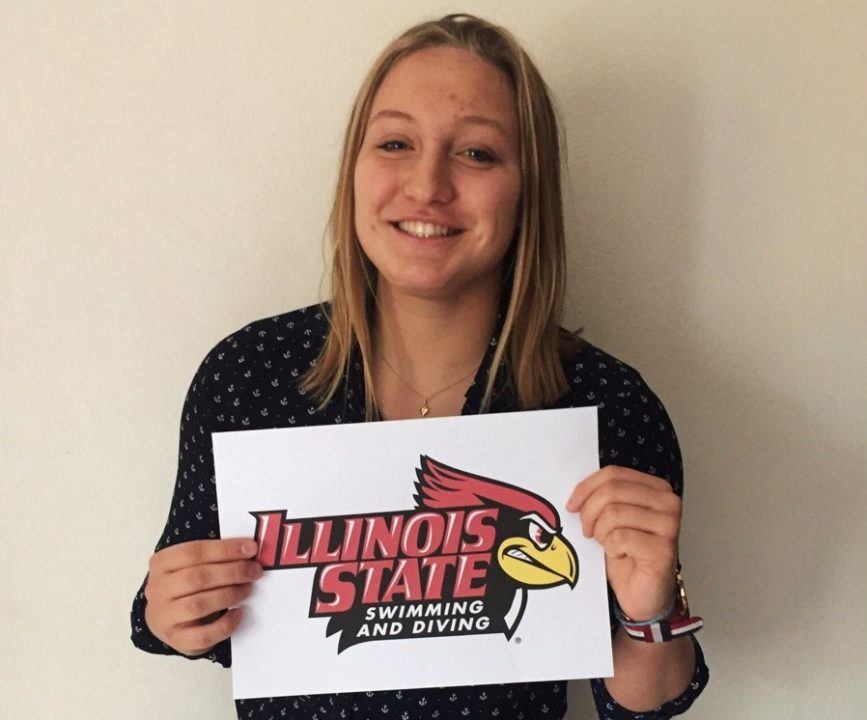 Diver Caroline Lecoeur, who has been a member of France’s Junior National Team since 2012, will join the Illinois State University Redbirds mid-season. Lecoeur has won 30 Junior National diving titles since she first began competing at age 7.

“I’m very happy to join ISU as a student athlete and I can’t wait to compete as a Redbird. I look forward to get a great undergraduate degree and better athletic skills.”

Between 2012 and 2017, Lecoeur has earned 9 medals (6 golds and 3 silvers) at 5 International Junior Diving Meets. Most recently, she placed second on 1m at the Bergen Open 2017, where she was just 3 points off her personal best, and seventh on 3m, and qualified for the 2017 European Junior Championships.

Lecoeur told SwimSwam: “My name is Caroline Lecoeur, I am an 18 year-old French Springboard diver, and have been on the French junior national diving team since 2012.

“I started diving when I was 7 at Lyon Plongeon Club and I never dived for another club. I first became national champion in 2008. I have been the junior national champion on both 1m and 3m for the past two years, winter and summer nationals 2016 and 2017. I’ve won around 30 national titles as a junior diver since I started diving. At the 2016 Winter Senior Nationals I earned my first senior title on 1M and this summer I took the silver medal on 1M at the Summer Senior Nationals with 10 points less than Laura Marino, who is a 2016 Olympian.

“Educationally speaking, I graduated from high school in 2016. I was at the Lycée Jean Perrin where I majored in Sciences. Being a year ahead since I skipped one class in middle-school, I started a college degree studying sports science at the Université Lyon 1. I mostly took anatomy, physics, and psychology classes which are subjects I really like and look forward to keep studying. I’ve started my second year in the beginning of September.”