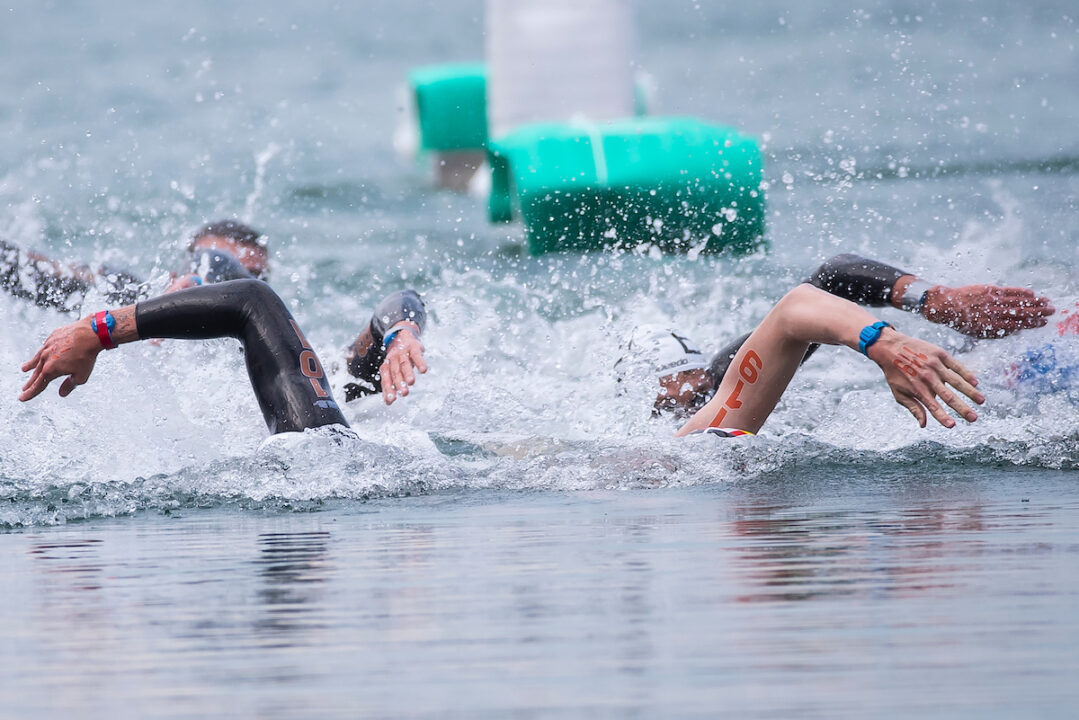 17-year-old Frenchman Sacha Velly emerged over an experienced field in the men's race, while Leonie Beck topped the women by eight seconds. Stock photo via © A. Kovacs/Deepbluemedia/Insidefoto

There is a new French ace in the pack: 17-year-old Sacha Velly is the latest superproduct of the discipline’s ruling nation and of the famous stable of coaching legend Philippe Lucas. Germany’s Leonie Beck won the women’s race – in both events the Italians produced 2-3 finishes.

The men’s event ended in a surprising outcome: France’s latest prodigy, 17-year-old Sacha Velly – another brilliant talent from coaching legend Philippe Lucas’ stable – swam a smart and ultimately fast-paced race and managed to touch in first ahead of the Italian army.

The hosts’ charge was led by Gregorio Paltrinieri and Domenico Acerenza – though they did not appear in the entry list, joined the field in the last minute –, they finished 1-2 last October here in Piombino and also shared the podium with winner Kristof Rasovszky in Eilat (ISR), in the opening leg this season. However, compatriot Marcello Guidi could outpace them for the silver medal at the end, Paltrinieri finished third – just like in Eilat – while Acerenza had to settle for the fourth place. Hungary’s Rasovszky was somewhat eaten up by the constant battles – fights were inevitable in a giant field of 101 participants – and he finished 11th this time.

The women’s race was a kind of rematch of last October’s edition when Giulia Gabbrielleschi out-touched Germany’s Leonie Beck for the title by 0.1sec. Now Beck was back and this time left nothing for the touch – she won by 8 seconds, ahead of the other Italian Rachele Bruni and Gabbrielleschi. Two of the Eilat medallists – winner Oceane Cassignol (FRA) and bronze medallist Angelica Andre (POR) – bypassed this leg, runner-up Ginevra Taddeucci finished 4th this time.

The next leg is coming in a week, the top swimmers will meet at the shores of Sardinia, in Alghero.