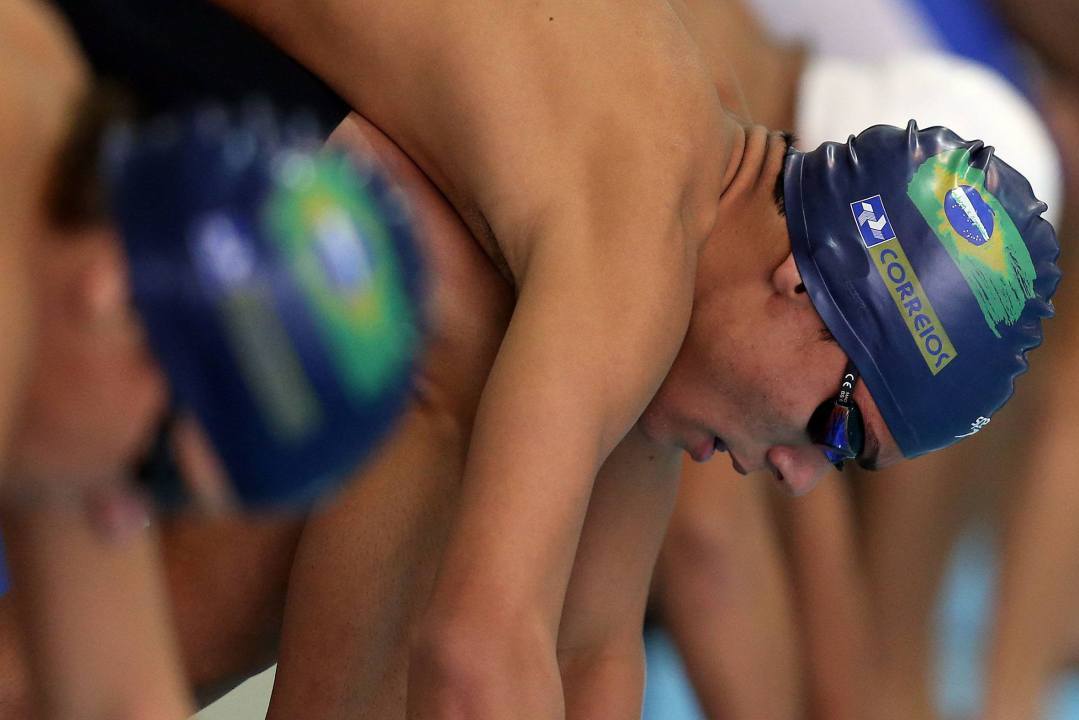 Four championship records fell at the Brazilian Junior and Senior Winter Championships as some fast swimming and swift times were put on display.

The first championship record came in the junior men’s 100m freestyle where Felipe Ribeiro de Souza absolutely demolished his prelim swim with a 49.95.

Going under 50 for the first time in finals, de Souza was only a 53.38 in prelims to qualify seventh for the final. The record that he did break come the evening was held by Matheus Santana at 50.43. De Souza and Santana are training partners.

De Souza won the race by a sizable margin as Gustavo Goncaleves came in for the silver medal with a time of 52.40 followed by Diego Valentine in 52.47.

The men’s 200m breaststroke races also proved to be very quick as the both the junior 1 and the junior 2 records were almost broken.

In the junior 1 race, Eduardo Amaral rocked a 2:20.05 to finish first and fall just short 27 one-hundredths shy of Andreas Mickosz’ record. Second was John Gabriel, who was right with Amaral at the wall, sporting a 2:20.12. Those two were well ahead of the rest of the field, but it was Amaral who managed to come back strong in 35.75 to make up over a full second on Gabriel’s last 50 in order to claim victory.

In the junior 2 category the record did fall was Andreas Mickosz, whose record was almost broken in the previous race, rocked a 2:14.63 to set the new championship record. Last year, Mickosz did the same with a 2:16.69. Nobody was close to Mickosz as he ran away with the victory.

In the women’s senior 200m IM, Joanna Maranhao took another victory with a 2:17.71. That time broke Julia Volkamnn’s record that she set all the way back in 2013. The previous mark was a 2:21.70. Michelle Palhares was second, well behind Maranhao.

The fourth and final record came in the mixed 4x50m medley relay at the junior 2 level. Pine took the victory in 1:47.72 with a team of William Basseto, Felipe Monni, Luana Ribeiro, and Yasmin Preusse. Corinthians were second in 1:51.55 followed by Mines in 1:52.14.