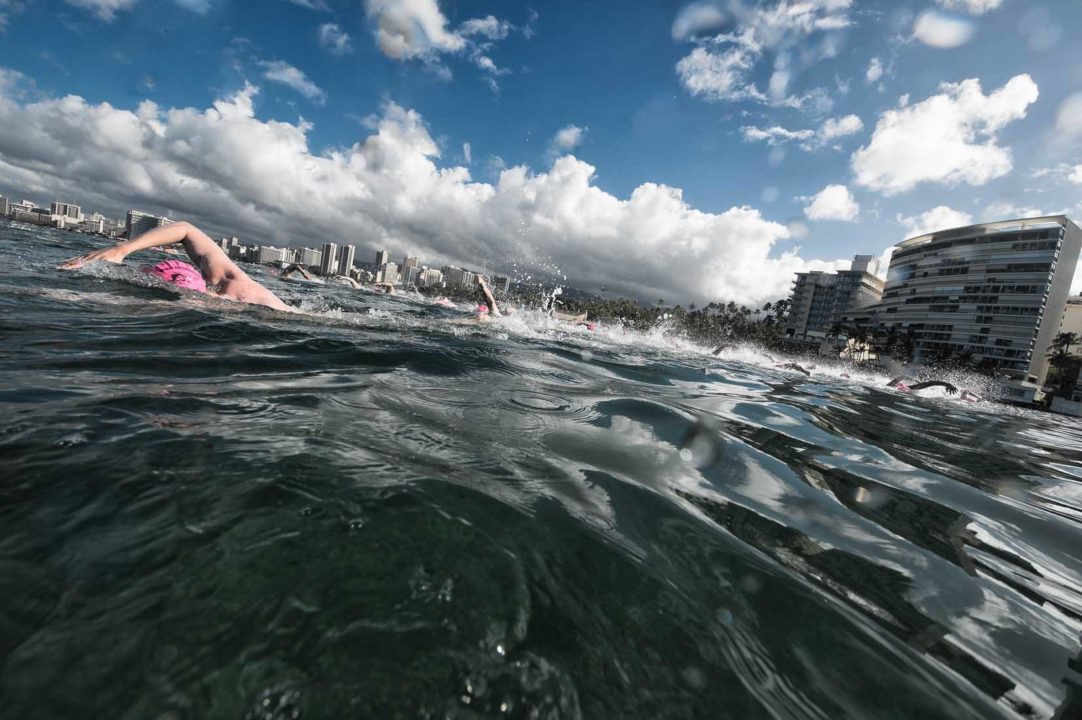 The 49-year-old became just the second Irish woman to complete the Triple Crown when she swam the Catalina Channel–a 32.3km swim from Catalina Island to the Southern California mainland.

The swim took her 16 hours to complete, and speaking to The Independent, Foley called the experience “magical.”

Foley trains in the River Shannon, near her home in Ireland. Thus, there was a stark temperature difference between where she trains and the Catalina Channel. “I got into the water at 10:45 pm and it was 22 degrees Celsius (71.6 Fahrenheit). For us Irish swimmers, that’s like bath water.”

Even aside from her usual training waters, Foley is no stranger to cold water. In 2021 at Two-Mile, she completed an Ice Mile (which is exactly what you think it is) in 40-degree Fahrenheit water. Then 48, she completed the challenge in 34 minutes and 55 seconds.

She’s had a successful athletic career outside of the water as well. During her career as an international rugby player, she earned 39 caps for Ireland. She played in two World Cups, two European Championships, and five Six Nations Championships.

The first Irish woman to complete the triple crown was Fionnuala Walsh, who now acts as Foley’s mentor. Walsh completed her Triple Crown in 2014 in Manhattan, after swimming the English Channel in the two years prior.

For Foley, the accomplishment is a deeply personal one. She raced in honor of her brother Anthony, a successful rugby player and coach who died in his sleep while on tour with his team, Munster Rugby Club, in 2016. The six-year anniversary of his death is approaching this month. Anthony Foley earned his own Triple Crown in 2004, as part of the Irish rugby squad that defeated the three other British Isles national teams in the Six Nations Championships.

In addition to the tribute, Foley raised money for her sister’s charity, Orla Wildways. The charity supports a variety of other organizations, including CRY, which provides screenings and free bereavement counseling for families affected by Sudden Arrhythmic Death Syndrome.

Reflecting on her achievement, Foley was filled with gratitude. “I’m very lucky I can give this a go,” she said. “With all the ups and downs we’ve had, you have to say to yourself ‘this is the one life.’”

Foley is the 279th person to earn the Triple Crown.

Playing rugby and swimming is a unique combination.
I hope one day I can be a triple crown!