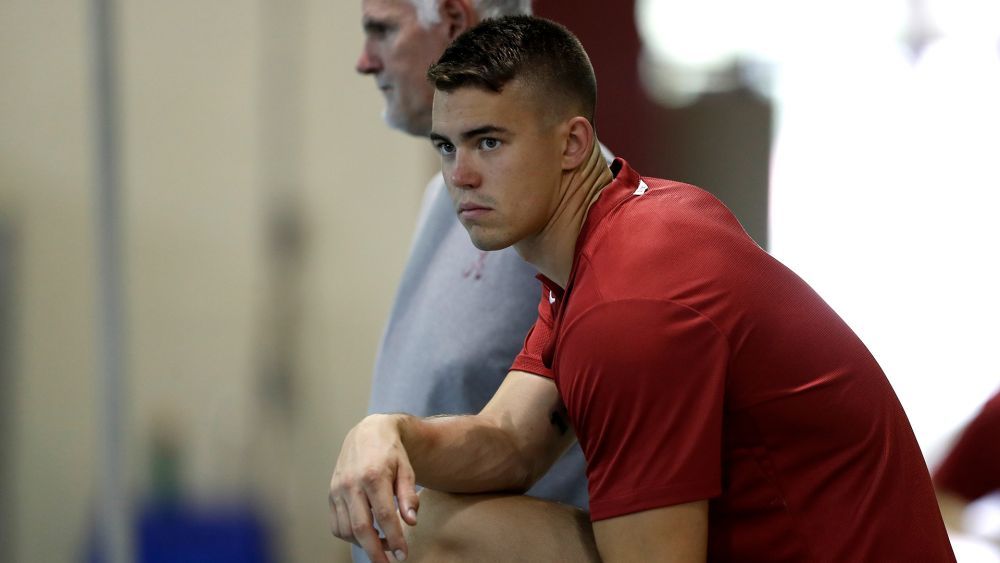 Zorn spent last season as a volunteer assistant at Alabama.

Florida State has announced the addition of Nick Zorn as an assistant swimming coach for the Seminoles. He fills the spot left by the departure of former diving assistant coach Anne Olson on the Seminoles’ staff.

Zorn spent the last two seasons as a volunteer assistant at Alabama, working with the sprinters in 2016-2017 and the breaststroke group in 2017-2018. That includes breaststroker Justine MacFarlane, who finished 16th at NCAAs in 2018 in the 100 breaststroke. He also led the team’s summer dryland training program.

Zorn’s coaching career began at the Delta Aquatic Club, which he helped coach during his senior season at NCAA Division II school Delta State University. There he was a 6-time NSISC conference champion, including in the 100 free individually as a senior in 2015-2016. That year, he also won his first career All-America honor as part of Delta State’s 5th-place finishing 200 free relay at NCAAs.

Think that is 65 for the men and women? UF has 38 male swimmers (plus divers) and 32 women (plus divers). When I add that up it is 70 swimmers plus divers, last time I checked 70 was more than 65. I would not be surprised if you can find several other schools that are close to 65 swimmers when you add men and women together.

65???? Seriously???I’m sure that creates a really “close” team. Looks like Studd is taking anyone he can get and see if something sticks.

A famous British anthropologist named Robin Dunbar did a lot of research on group size, and developed something called “Dumbar’s number,” which is what he believes to be the cognitive limit for developing cohesive groups (in so many words). There’s tons of discussion about this, and what it means, and if Dunbar was right. But, it’s a number used throughout history to group military units – which historically have been the ultimate ‘teams’ in the time before sports being a primary cultural driver that they are. Most modern day military companies are between 120 and 150 people.

Alabama’s football roster has 117 players by my count. They seem to do pretty well as a team.

65 seems well within the… Read more »

Ok, never mind. Your response makes it clear that your statement has no foundation, you’re just here to rip on Florida State. Which is kind of lame and boring, but your prerogative.