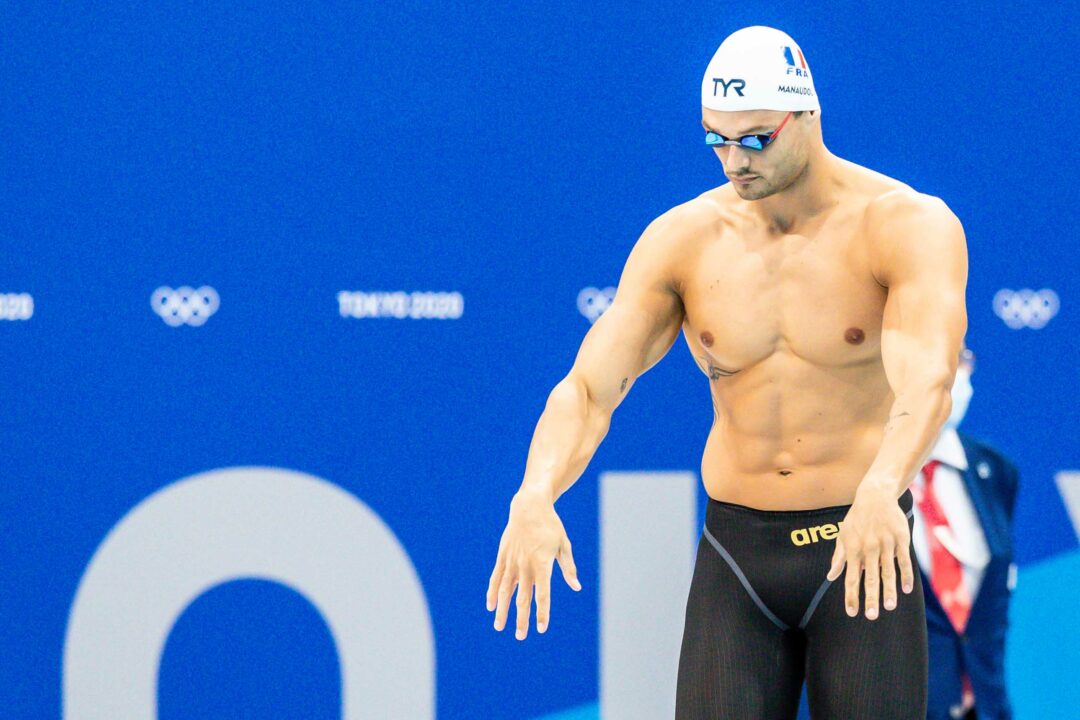 Manaudou will compete at the French Elite Championships this week as he vies to qualify for the 2022 World Championships. Archive photo via Jack Spitser/Spitser Photography

Four-time Olympic medalist Florent Manaudou is calling 2022 a “transition” year as he prepares for the upcoming French Elite Championships in Limoges Métropole, with qualifying spots up for grabs for this summer’s World Championships in Budapest.

Manaudou, who has won three consecutive Olympic medals in the men’s 50 freestyle, including gold in 2012, took a break from the sport prior to the lead-up to Tokyo 2020.

Upon his return to competitive swimming, Manaudou also moved from CN Marseille to train in Antibes.

Prior to the beginning of the French Elite Championships, Manaudou spoke with French outlet TLS on that training move, along with his goal of being the French flagbearer come the 2024 Games in Paris.

“Obviously, being a flag bearer at the Games is a childhood dream,” Manaudou told TLS, translated from French. “I think I have reached all my goals and that’s the ultimate dream, even if it’s not me who decides.

“I think I’ve met all the criteria, I’m a quadruple Olympic medalist in three Olympiads, so I think I have at least that (going) for me. We will see if the athletes decide to choose me or not.”

The 31-year-old also called his move to the Antibes club (Alpes-Maritimes) a “calmer” environment relative to where he was before, perhaps symbolic of the place he’s reached in his career.

“I wanted something more refreshing, calmer,” he said. “Obviously, I always have the ambition to swim fast at each competition, but I know that in my head, it’s a year (of) transition.

“I will go until June’s World Championships, then I will take a short break afterwards prior to starting again on two solid years.”

Last month, Manaudou told the French Swimming Federation in an interview that he’s also eyeing the European Championships in August, though his focus this year lies more on Worlds, which begin on June 18. But the ultimate goal is Paris 2024.

You can watch Manaudou’s interview in French here.