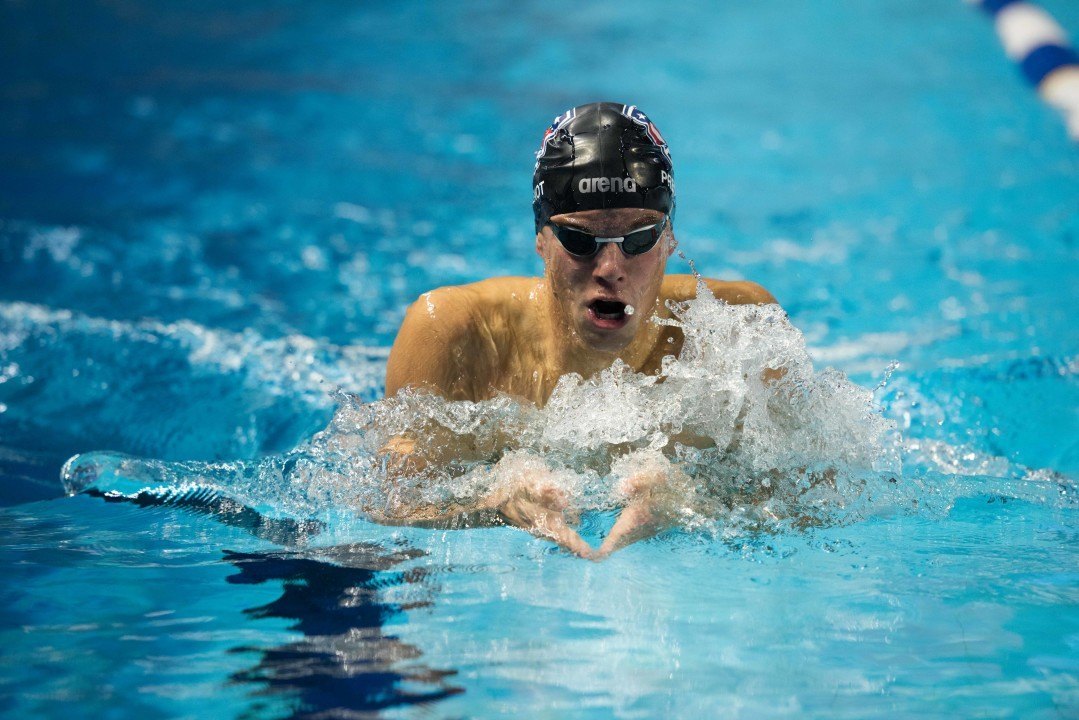 Josh Prenot's consistency in the 200 breast has moved him to the front of the pack of contenders for the two spots on the US Olympic team. Stock photo via Mike Lewis/Ola Vista Photography 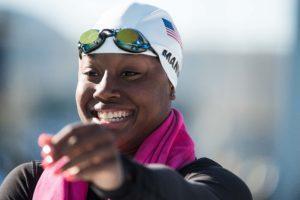 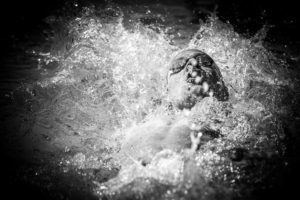 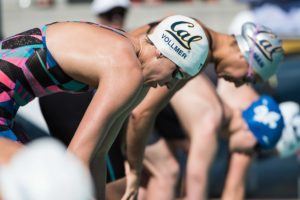 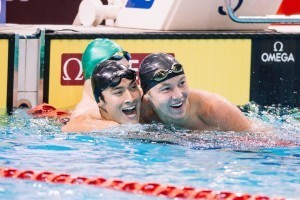 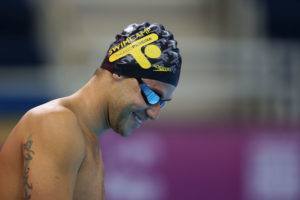 To call Anthony Ervin a veteran would be an understatement.  Yet, 16 years after he won Olympic gold, Ervin’s 50 free is still world-class.  While fellow former Cal Bear Nathan Adrian won the 50 free tonight, Ervin beat out James Magnussen for 2nd, dipping under 22 for the second time this season.  Ervin is the only USA swimmer besides Adrian to go 21 this year, with  Josh Schneider and Caeleb Dressel having gone 22.05 and 22.06, respectively.  While it’s easy to assume that the two Olympic team spots will go to Adrian because of his dominance and Dressel because of his unprecedented times at NCAA’s, Ervin’s swim tonight reminds fans that it ain’t over till it’s over, and Anthony Ervin cannot be counted out yet.

#2 Seebohm Continues to Dominate 100 Back

Winning by almost a full second, Emily Seebohm broke 59 seconds and continues to look like the favorite in this event come Rio.  Both Natalie Coughlin and Missy Franklin have been 59-high, and Olivia Smoliga just smoked a 59.41, so team USA should be able to keep it close on the medley relay in Rio, but Seebohm’s in-season dominance makes it look increasingly likely that an American may not top the Olympic podium in this event for the first time since 2000.

American backstroker David Plummer went 52.40 earlier this evening in Indianapolis to record the top time in the world this year.  Reigning world champion Mitch Larkin and the fastest man ever in yards, Ryan Murphy, had a great race here in Santa Clara tonight, with Murphy topping Larkin 52.76 to Larkin’s 53.32.  Meanwhile, Murphy’s Cal teammate Jacob Pebley picked up 3rd in 53.57, a personal best for him.  It’s tough to compare swims in different pools at different times, but what is clear is that this should be an exciting race, both at the USA Olympic Trials and in Rio.

Tonight, Josh Prenot won the 200 breast in 2:09.44.  That’s about a second off his season-best time, but Nic Fink is the only other swimmer who had been under 2:10 this year (a 2:09.89 from earlier today).  While there’s at least other five or six other men who should be in the mix at Trials (we’ll let you identify your favorites in the comments section), Prenot’s consistency is moving him to the head of the pack three weeks out from the start of competition in Omaha.

Conor Dwyer looked very solid yesterday when he placed 2nd in the 200 free.  Today, he won the 400 free in 3:46.09.  That’s a lifetime best for him, and yes, that includes his time from the 2012 Olympic Trials and Olympic Games.  Connor Jaeger and Zane Grothe were both been below 3:46 last year, so Dwyer’s spot in this event is not guaranteed, but he just put the rest of the field on notice that he is going to be ready to go in Omaha.

“That’s about a second off his season-best time, but no other USA swimmer has been under 2:10.51 this year.”

Aussie girls give the lesson in Santa Clara. As expected Groves, McKeon, Seebohm or Ashwood are dominant. Dwyer has quite a meet so far. Big consistency. Can he drop much time next summer? It starts to smell rest and taper with trials 3 weeks away. Shields struggled less than usual in the last 50 of his 200 fly for an in season meet. Tired he’s used to taking a piano on his head in the last part of that race. This time it was just a guitar. Nobody talks about Seliskar since he swims in college but he didn’t look very good. 2.02.37 in the 200 fly final, his usual best event in long course. Has moved backward for 1… Read more »

What has happened with Seliskar? He was 1.55 back then in 2013 and now he isn´t able to break the 2´ barrier…He was so promising

It’s because he went to Cal

Changing of the guard. Veterans vs rising stars who emphatically announced their coming of age at this year’s NCAAs. The clash of two generations. More knights than mounts. That’s why this Trials will be one for the ages. Count on Haas, Dressel, Prenot, Licon, Murphy, and Conger to dethrone and reorder the established royalty.

it will be awesome in 3 weeks – right on

But, according to messr. Gigi, college swimmers are at such disadvantage that they are not supposed to have a win against professional swimmers or even red-shirted swimmers!

I think I must agree with him, and declare that college swimmers will not as much disturb the ruling royalty. I am afraid they will have to wait until they are one year after graduation. Haas, C. Smith, Murphy, Prenot, Dressel, Licon, Conger et al shall know their appropriate place!

Dwyer is getting better and better – He is my favourite for the 200 and 400 free at trials . A serious Asset on the 800 free relay