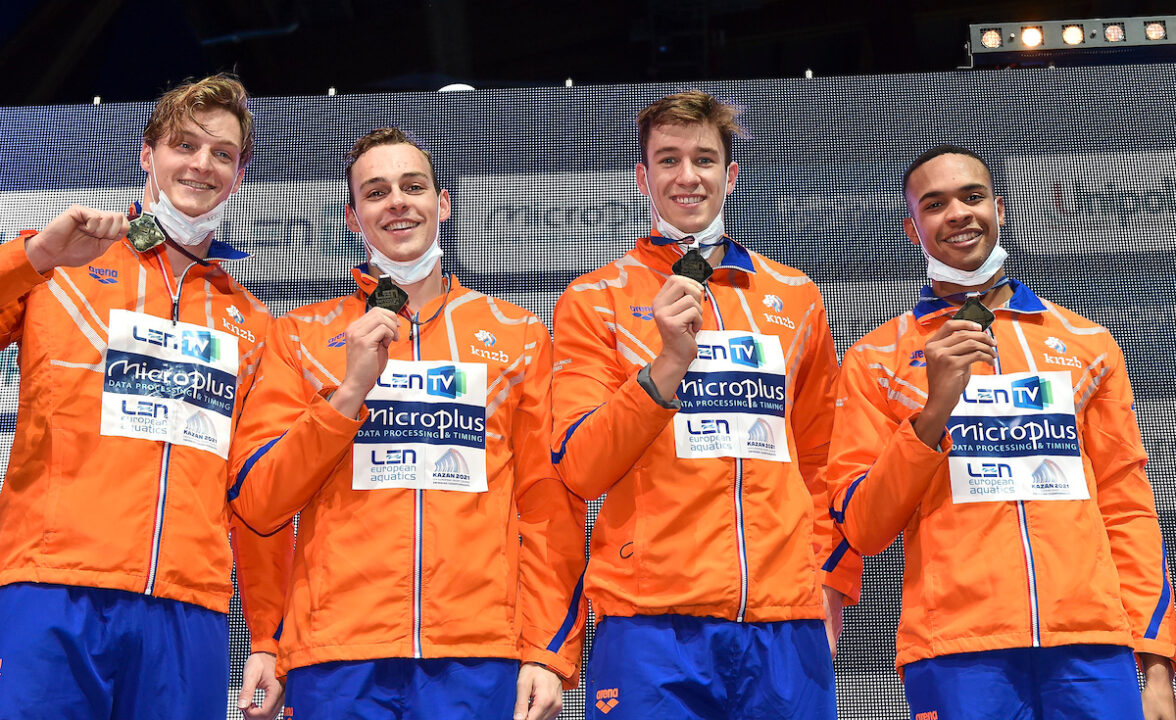 The 2022 FINA World Aquatic Championships are spanning June 17th through July 3rd and now we know which athletes will be representing the Netherlands in the pool and open water in Budapest.

Along with its World Para Swimming Championships and World University Games rosters, an 18-strong lineup of an even number of men and women will be representing the orange in Hungary, with two notable absences.

For the first time since 2005, the Dutch roster on the women’s side does not include the iconic names of Femke Heemskerk and Ranomi Kromowidjojo. Heemskerk made her World Championships debut in 2005 while Kromo was the next edition in 2007, with both women having recently announced their retirements.

Of note, the Royal Dutch Swimming Federation (KNZB) says that their relay lineups will be determined in Budapest.

Also noteworthy is the fact that national record holder Arno Kamminga does not have the 50m breast listed by him. The 26-year-old Kamminga nabbed a qualification time in that event; however, he told SwimSwam his decision to race it will come once the competition is underway.

At the 2019 FINA World Championships, the Netherlands finished 14th in the overall medal table, with just one individual silver medal earned at the hands of Kromo in the women’s 50m fly.

Femke already participated at the World Champs of Montreal 2005, so I guess it is the first time in 17 years.

The last World Champs without Kromo or Femke, Alex Popov won both sprint frees and some 18 year old boy pushed fly and IM to new levels.

Caspar Corbeau was 59 at San Antonio, why wasn’t he selected for 1 breast? Not a priority meet?

FINA qualifying period for WCs includes the dates Caspar went 59.5 and 2.08.5 (Dec 2020). KNZB has a tighter window for WC qualifying. His 200 from Tokyo met their standard. His 100 from San Antonio missed by 0.03. He will likely get to swim the 100 in Budapest, but it’s at the Federation’s discretion. #hupholland #jemaintiendrai