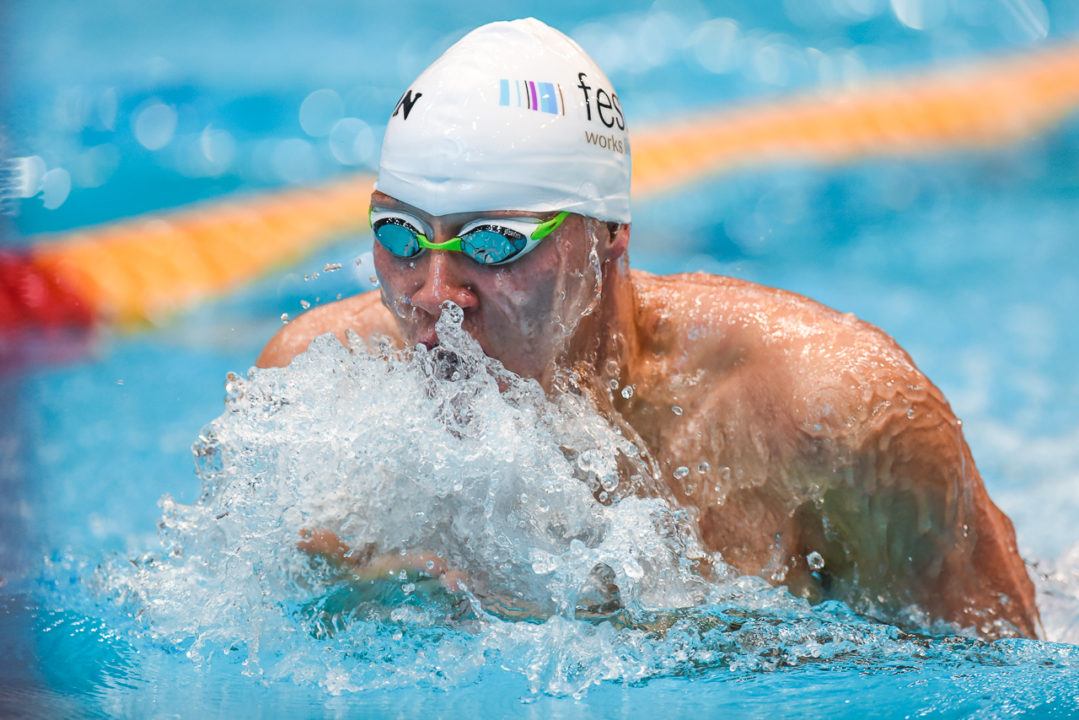 2013 World Championship bronze medalist Matti Mattsson will be among the Finnish stars in action later this week in Helsinki. Archive photo via Peter Sukenik/www.petersukenik.com

The international Helsinki Swim Meet brings together Finland’s top swimmers and international stars to compete in the Mäkelänrinne Swimming Center on Thursday and Friday.

Matti Mattsson, who has been selected for the Finnish Olympic team, will compete in his second competition of the year. At his season opening meet in March, Mattsson sat a new long course national record in the 100-meter breaststroke.

“I have had a good training period and have been doing part of the training in long course,” said Mattsson. “The main emphasis in the training is in both 100 and 200 meters.”

At the Helsinki Swim Meet Mattsson will compete in both the 100 and 200-meter breaststroke. He will face tough competition from the former 200m breaststroke world record holder Marco Koch and Austria’s Christopher Rothbauer. Koch is a familiar competitor to Mattsson.

“In the 2013 World Championships where I took bronze in 200m breaststroke, he won the silver,” said Mattsson. “We have not competed against each other in a while, but it is very nice to have tough swimmers alongside, it will make the race a lot more interesting.”