Fink on Breaststroke Depth: “We All Make Each Other Faster” (Video) 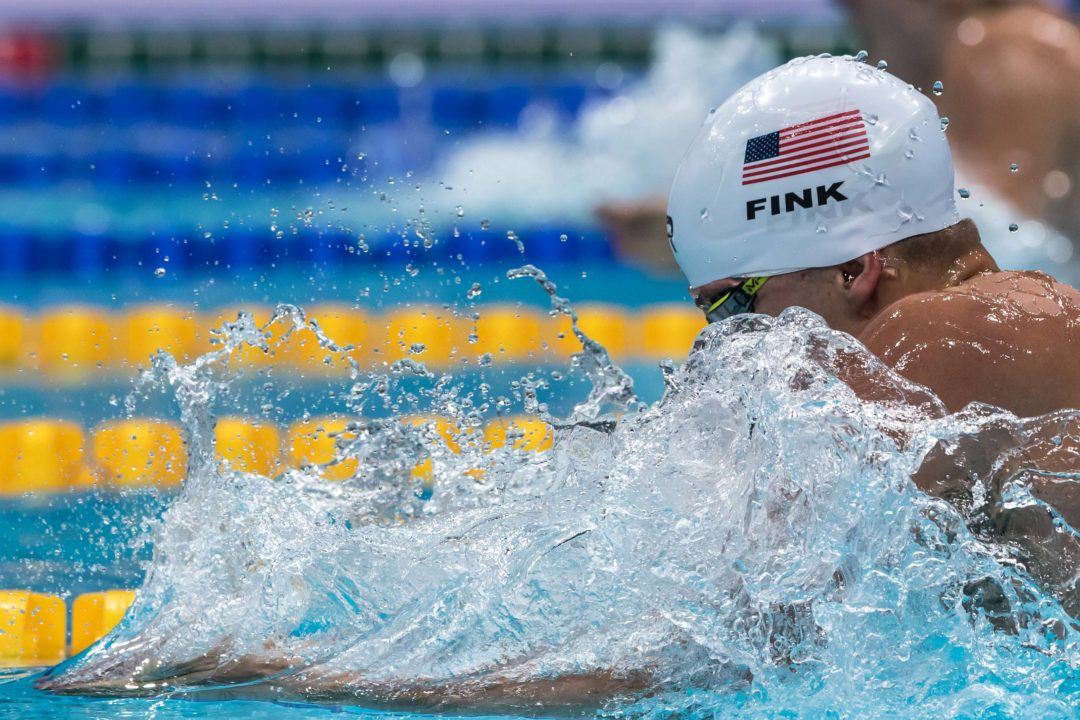 It was a tight race between Nic Fink and Cody Miller, with Fink hitting the wall in 50.80, erasing Miller’s Meet Record and Pool Record from this morning Current photo via Mike Lewis/Ola Vista Photography

It was a tight race between Nic Fink and Cody Miller, with Fink taking the lead by a fingernail at the halfway point and outsplitting Miller down the stretch to win it. Fink hit the wall in 50.80, erasing Miller’s Meet Record and Pool Record from this morning, while Miller followed in 50.98. That was Fink’s first sub-51 swim in the event and marked the first time he’s swum a best time in the race since 2015. Miller was within 2 tenths of his best time and put up his fastest swim since 2015.

Junior stars Reece Whitley and Michael Andrew battled for the bronze. Andrew was out faster than Whitley, but Whitley closed in on him through the back half, getting his hands to the wall ahead of Andrew to take bronze in a personal best 51.81. Andrew was just a tenth shy of the podium with his 51.95 for 4th as he held off WEST’s Nick Zito (51.96) by a hundredth. Zito knocked a second and a half off his time today as he broke 53 for the first time this morning.