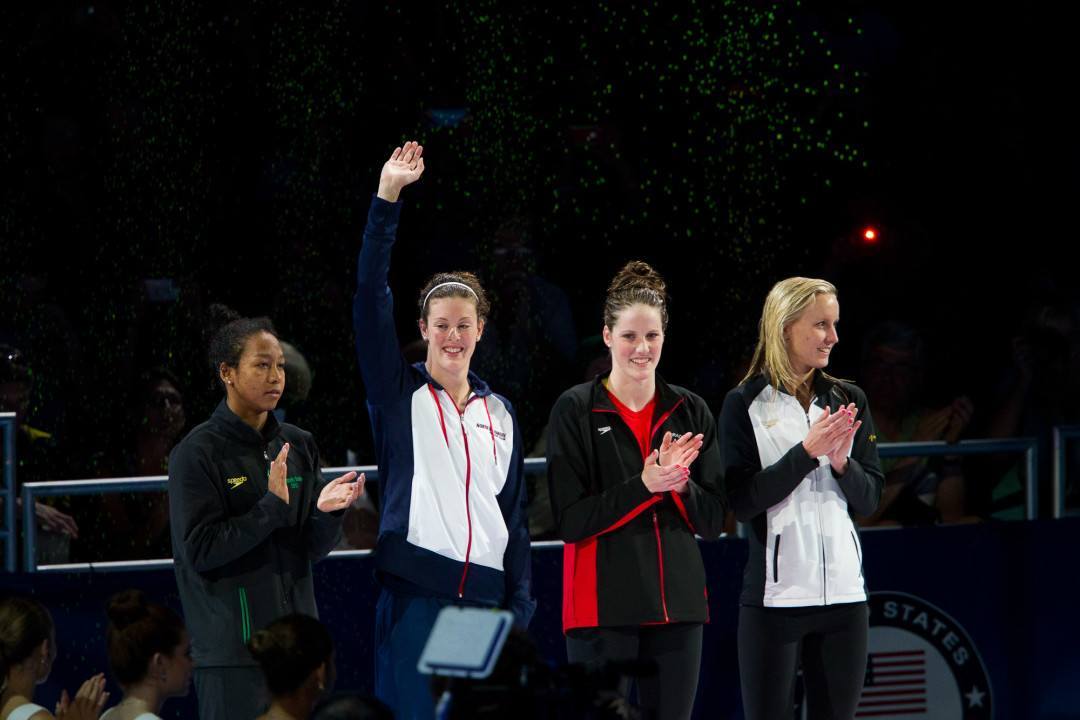 Two proposed changes to relays at the 2016 Olympic Games have been included in a memo sent to international swimming federations from FINA. Archive photo via Tim Binning/TheSwimPictures.com

In January of this year, we reported that the 2016 Rio Olympics was set to see a modification in FINA relay rules that wasn’t in place during the 2012 London Games.

The change in FINA rules required that all relay-only swimmers taken to the Olympics were actually required in Rio compete in either prelims or finals. The specific language within FINA’s qualification system for the 2016 Rio Games is as follows:

If an NOC [National Olympic Committee] enters relay-only swimmers for a specific event, these swimmers must swim either in the heat or final of that relay event. Should a relay-only swimmer not compete, this will lead to the disqualification of the respective team in the final.

However, FINA Bureau Members are now being asked by FINA to approve two changes to this relay to clarify the intent. According to a memo sent from FINA Honorary Secretary Paolo Barelli, federations are being asked to consider two alterations to FINA By Law 9.3.6.5.

The first item up for vote has to do with the penalty if a relay-only swimmer fails to compete. In that case, without the clarification, it could be assumed that all relays the swimmers was deemed to enter would be disqualified, or that a country could choose which relay to disqualify as punishment. Instead, the last relay that the non-compliant swimmer was scheduled to compete in is the one that will be disqualified, as his or her non-participation in that relay is the final action that put the swimmer in violation of the rules.

The second revision says that a member of the FINA Sports Medicine Committee will be present for all relay sessions and “will be the designated independent physician empowered to make decisions about athlete participation.” In other words, it will be up to a FINA doctor to determine if an athlete’s medical condition warrants the waiver of this rule for their non-participation.

Although FINA is asking for members to vote as quickly as possible, federations technically have one month to respond.  Based on the dating of the memo, that would make the deadline on a decision May 21st, less than 90 days out from the Opening Ceremony.

This is a silly rule. If you move this to other sports does it mean that a soccer player or basketball player has to play or the team gets disqualified?

This is another miserable suggestion that hurts the coachs right to decide what the makeup of the relay teams should be at a gI’ve moment. That just shows the lack of respect Fina gives the swimming coaches. The example of the soccer and basketball teams is a just one. The IOC should take it off the table right away!!