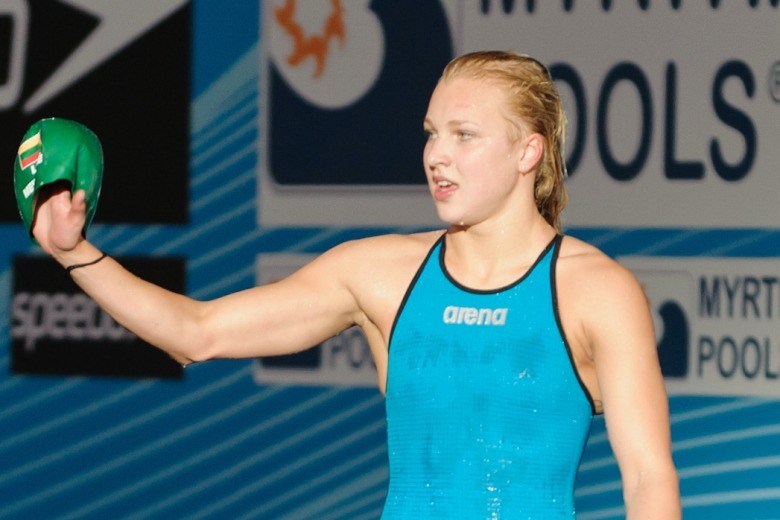 Schoenmaker Hacks Over A Second Off South African 100 Breast Record

While competing on day 2 of the 2020 South African Short Course Championships, Tatjana Schoenmaker produced a new national record in the 100 breaststroke.

They could still see changes, but the organizers of the 2013 Junior World Championships that run from August 26th-31st in Dubai, AUE have released the initial start lists for the meet.

See the full start lists here. (Updated, but note there are STILL some errors to be worked out – at least one birth year is wrong, and nobody is really seeded at 3:52 in the women’s 400 IM).

Among the revelations is that World Record holder Ruta Meilutyte will swim both of the events in which she’s the fastest ever: the 50 breaststroke and the 100 breaststroke. She’s the top seed in both events, but Ukraine 15-year old (30.73/1:06.73) is the 2nd seed in both race and close enough to make things a little interesting.

The best of those races could be the 200 IM, where Meilutyte is joined in the top 5 seeds by Japan’s Emu Higachi (2:12.00), the two Americans Kathleen Baker and Ella Eastin, and the other Japanese entrant Hiroko Makino, who at only 14 years old is the 5th seed in 2:14.62.

Aside from Meilutyte, the men’s sprints should be the highlight. The best-known names are Evgeny Sedov, Luke Percy, and Caeleb Dressel, but even without Brazil’s Matheus Santana, there’s 8 swimmers seeded at 22.71 or better in the 50 free, and five seeded under 50 seconds in the boys’ 100 free.

Relay lineups still haven’t been posted, but could be very interesting in the mixed 400 medley and free relays.

Just Curious… are there qualifying “A” and “B” standards or do each country just have the opportunity to enter two swimmers in each event?

WHOKNOWS – every FINA member federation can enter two swimmers per event, regardless of times.

That’s really unfortunate for the Russian kid who’s name is “Semen.” I’m sure the American boys will have a blast with that one

It depends in the way the Joke is…
“Look dude, is not Semen behind your mom in the crowd?”
Eeeek!

I doubt the boys are that mean or ignorant . Nobody mocks anything in the UAE – it is not what one does .

In a nation like the UAE it helps to be very polite & deferential.

A few years ago, there was a headline in Indonesia’s major english newspaper:

I guess they need to clean up the psych sheet… several impossible teams are listed at the top in several events!
Side note: Is this the first international meet that mixed relays are being held? Will this transfer down to USA Swimming National meets in the future?

Depends a bit on the definition of international. Mixed relays were at least inaugurated at the European s/c Championships in Chartres, France last year. They were also the part of a World Cup schedule last season. The situation was, and will be, under control at the Euro s/c Champs as there are only following relays: 4×50 free relay / Men&Women 4×50 medley relay / Men&Women 4×50 free&medley / mixed relays This totals six relays matching the number of relays on the Olympic schedule. The Junior Worlds seems to move into uncharted waters by adding the number of relays, namely the mixed version of a medley relay. The further dilution of the value of relays are coming at the next European… Read more »

There were mixed relays already in the last month Eindhoven and Berlin World Cups.