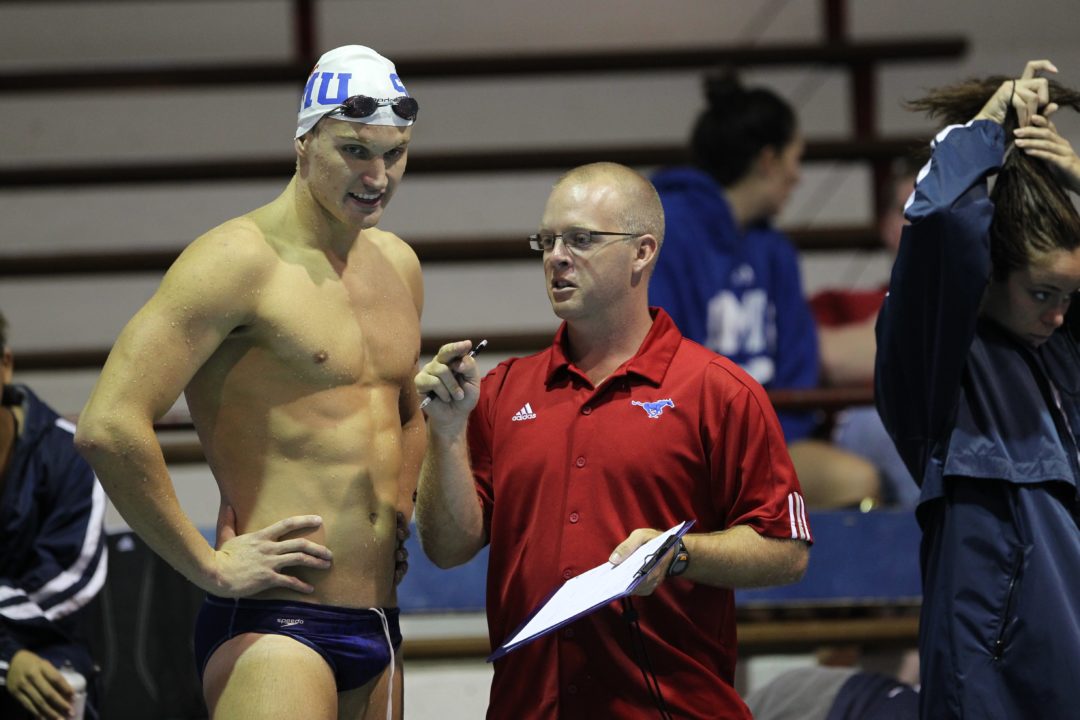 This was the four win for FGCU over the Canes in their past seven meetings.

As Head Coach Neal Studd said about the day from the official FGCU press release –
“We had a good day with a big win away from home,” head coach Neal Studd said. “Miami was tough, but in the end our depth saw us through. Any time we beat a team from one of the big BCS conferences is a great day.”

Kicking off the pool events, FGCU was off to a strong lead after taking first and third place in the 200-yard medley relay. Leading the Eagles into first were Kira Toussaint, Evita Leter, Heather Coutts and Sara Hamilton with a time of 1:46.19.

The 500 was more of a race, with Cameron Davis from Miami racing her the whole way finishing just short at 5:01.12.

The Canes stopped the momentum of FGCU with a win by Heather Arseth in the 200 Freestyle (1:52.41). FGCU had a deep field in the event, with seven girls entered in the race. Arseth would win the 100 freestyle later in the meet in 51.67.

After swimming breaststroke on the medley relay earlier in the meet, Leter went on the win both the breaststroke races Saturday. Her 1:05.55 won the 100 and 2:24.48 won the 200.

Taking another individual swimming event for the Canes was Angela Algee. She was the only Cane in the field and emerged atop in 2:05.88.

After third in the backstroke, Svensson won an event of her own in the 50 freestyle for FGCU, 24.54. Miami snuck in at two and three with Katherine Nicholson and My Fridell.

Toussaint swam the 200 backstroke for FGCU in 2:01.34 Her time was nearly five seconds better than second place finisher and her teammate Wilk.

Miami saw another win the 100 butterfly with Fridell finishing first at 56.53. Toussaint was close at second for FGCU at 57.21.

Miami historically is very strong on the diving boards. They banked in 32 points today when they swept both the diving events 1-2-3.

FGCU definitely had depth in their favor, as Miami’s roster is only about 20 women swimmers. Miami is in their first year under new Head Coach Andy Kershaw.

Where are the men’s results??

Miami doesn’t have a men’s program….