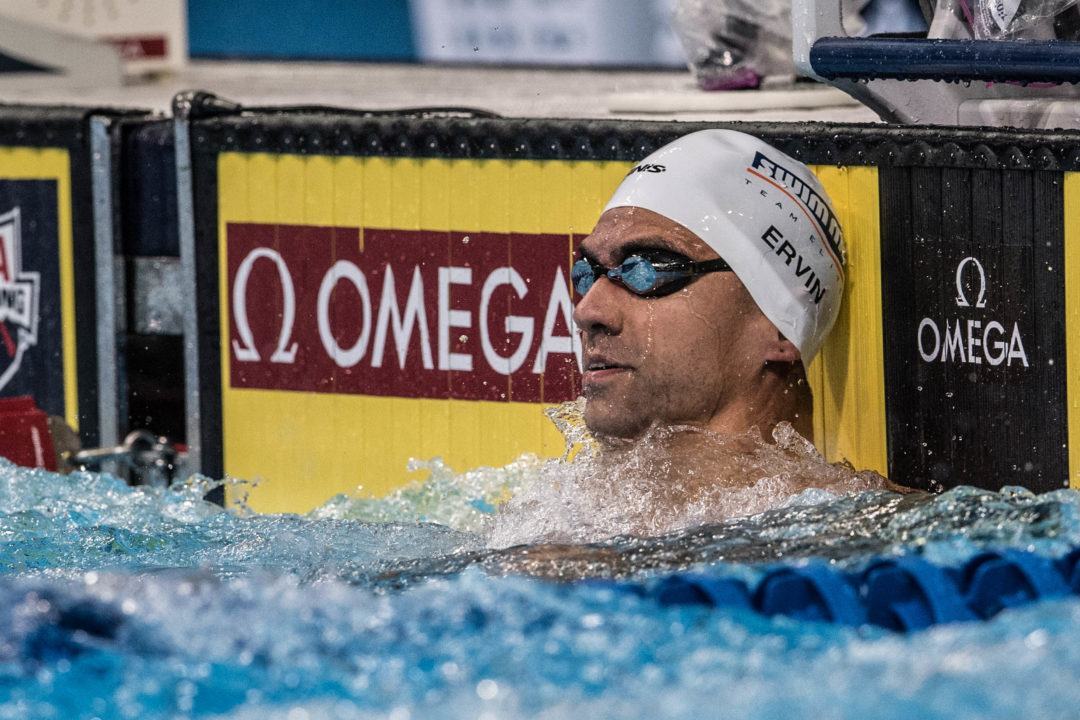 Anthony Ervin closed the Maccabiah Games with a win in the 50 free. Archive photo via Mike Lewis/Ola Vista Photography

On the fourth and final day of the swimming competition at the 2017 Maccabiah Games, 36-year-old Anthony Ervin found himself at the top of the podium once again.

Ervin won the 50 free by nearly a full second, touching in 22.05 for the gold medal. That swim lowers his season best of 22.09, done at the U.S. World Championship Trials where the 2016 Olympic champion missed the team. This is his second individual gold of the meet after winning the 100 free on day 1, along with numerous relay medals.

Israel’s David Gamburg, who nearly ran down Ervin in the 100 free, took silver behind the three-time Olympian for a second time in 22.94.

Results for the relays have not been available. However, the Americans did win gold in the men’s 400 medley relay, per the Jerusalem Post. Ervin swam alongside retired veterans Lenny Krayzelburg and Jason Lezak on the relay.

The 4*100 medley relay was a regular relay.
However, there was a special 4*50 medley relay with four former olympians on the Israeli team, while the US had Krayzelburg, Ervin, Lezak and the patron of the games. USA won in 1.48.23 to Israel’s 1.51.25.