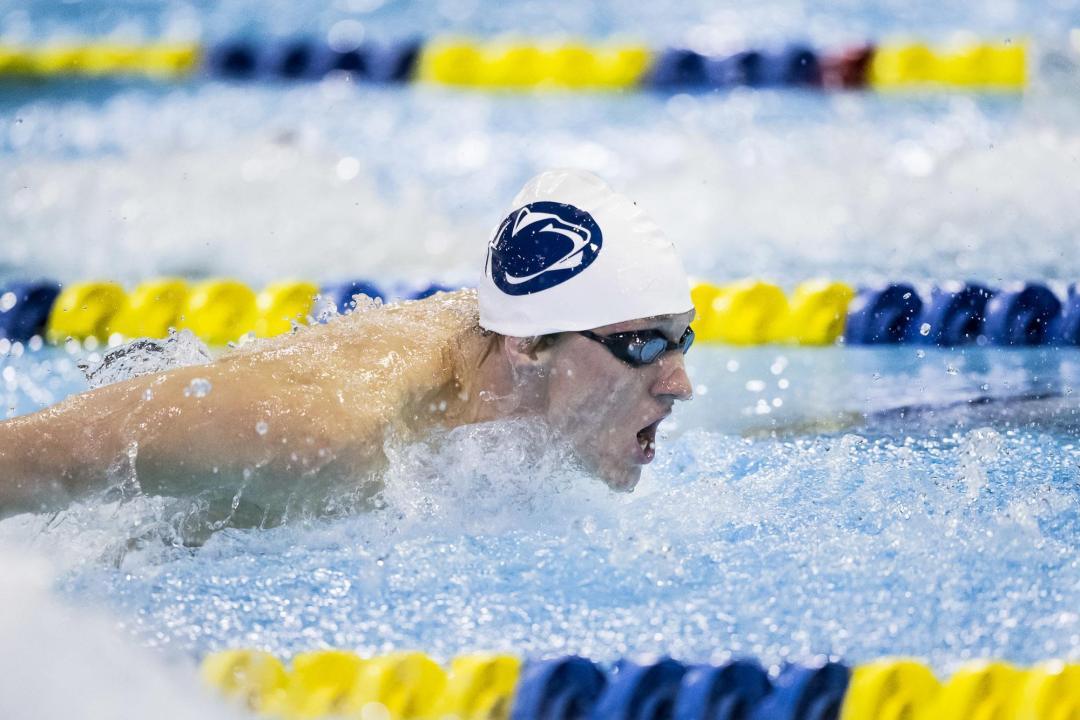 Now just 7 days out from completing his sports citizenship transfer and 10 away from his presumptive Team Ireland debut, Ryan says he’s feeling Irish – but that’s not a completely new phenomenon.

“I feel Irish,” he told SwimSwam with a laugh this week. “There wasn’t anything different about that at all.”

That comes partially because his Irish heritage has long been a big part of Ryan’s life.

“I grew up in an Irish community,” Ryan says of the Philadelphia neighborhood where he spent his childhood. “My mom, she’s in an Irish band. We would go see her sing at a nice big Irish pub on St. Patrick’s Day.”

Ryan’s father, meanwhile, moved to the United States from Ireland – Ryan says his dad still hasn’t lost the accent – which is how the former U.S. national has been able to earn Irish sporting citizenship.

His father was one of ten children, with the other nine all still settled in Ireland. “I have a lot of family over here,” Ryan said. “That definitely made my decision easier.”

Ryan moved to Ireland on May 13 of 2015, meaning he’s now a week away from hitting the FINA-mandated one year of residency needed to switch his sports citizenship. If all the paperwork goes through without a hitch, Ryan is set to make his international debut for Ireland at the European Championships beginning on May 16.

Now training at the Swim Ireland NAC Performance Center, Ryan has officially hit the qualifying standard for the Irish Olympic team in the 100 backstroke, and is on track to both compete in Rio and officially break the Irish national record in the 100 back – it currently stands at 54.44, and Ryan swam a 53.93 just a few months ago.

“It’s the nicest pool I’ve ever swam in,” Ryan says of the National Performance Center, which has allowed him a chance to train consistently in the meters format.

“I really didn’t have that much experience with long course at all,” Ryan said of his training pre-Ireland. “Even for [U.S.] Nationals, we’d only train long course for two to three months.” And prior to college, he trained at a Philadelphia pool that was built 48 meters long to avoid hosting large-scale meets.

He said the adjustment to meters has been one challenge, as has joining a group of mostly distance-oriented swimmers as a sprinter. “I didn’t know what to expect when I came over here, but I was in for a rude awakening,” he joked. “But they really detail and change the practices for what I need, and that’s been great.”

FINA “A” cut and Olympic qualification in hand, it’s hard to argue with the results.

Despite the early international success, Ryan still says his plan is to return to Penn State University this fall for his senior season. Prior to redshirting this past year to train in Ireland, Ryan was one of the top sprint threats in the Big Ten and NCAA.

“I’m already enrolled,” he said. “I should be back on the roster next year!”

But for now, the focus is on making sure he has a stellar debut on a different roster: Team Ireland. Stay tuned to SwimSwam next week, where we’ll be covering Ryan’s performances along with the rest of the Irish National Team at the 2016 European Championships in London.

HAVERTOWN IS ROUTING FOR YOU SHANE RYAN.

Thank you Swim Swam for a nice positive article!