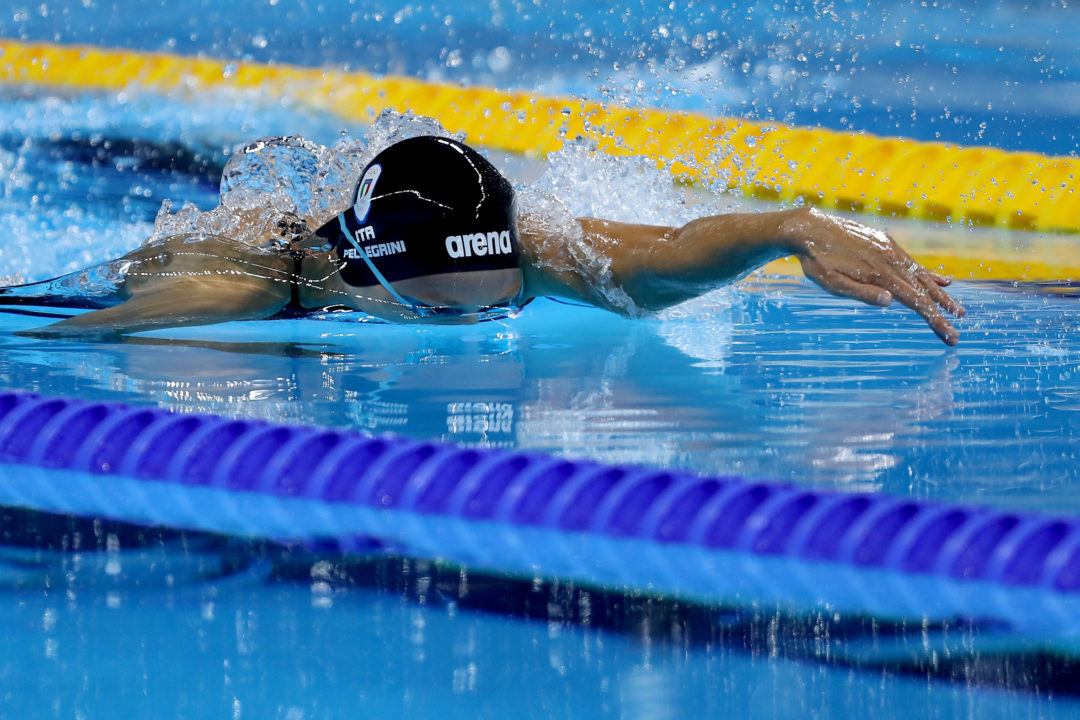 Italian freestyle star Federica Pellegrini was a no-show today during the 100 freestyle preliminaries.

Though scheduled to swim in heat four with USA’s Simone Manuel, the 200 freestyle world record holder Pellegrini didn’t appear behind the blocks and was not a part of the race.

Last night, Pellegrini was just off of a podium finish in the 200 free, touching in 4th. She looked primed to compete for a spot in the 100 free final– her time of 53.18 from the Sette Colli Trophy was a national record, her best-ever in textile. In addition, Pellegrini has been swimming strongly this week, which makes this scratch puzzling.

There is a possible explanation for her scratch— she’s slated to anchor Italy‘s 4×200 free relay later during these preliminaries, so perhaps she wanted to save up for the relay.

Regardless of her reasoning, that was Pellegrini’s last individual swim. Thus, she will only be competing in relays for the rest of the meet.

Scared of getting beaten again?