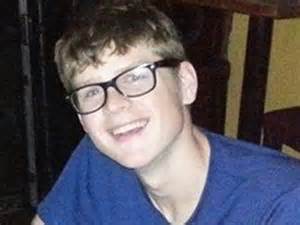 It's been almost a year since Ohio club swim coach Brogan Dulle went missing and was eventually found dead, and his family is launching a week-long campaign to memorialize his life.

It’s been almost a year since Ohio club swim coach Brogan Dulle went missing and was eventually found dead, and his family is launching a week-long campaign to memorialize his life.

Dulle, a student at the University of Cincinnati and coach of two local swim clubs, went missing on May 18th, 2014. After an 8-day search effort, he was eventually found dead in the basement of a Cincinnati building.

As we approach the one-year anniversary of that week-long search, Dulle’s family is organizing a week of giving back to the world around us, emulating Dulle’s life philosophy of spreading greatness.

“Brogan absolutely loved swimming, and he loved coaching,” his mother Beth said this week. As a young swimmer, Brogan had a coach who would encourage athletes to strive for greatness. The sentiment resonated so much with Brogan that when he started coaching, he passed it along to them with the phrase “This could be your last chance for greatness.”

That desire to pass greatness on to the people around him led Brogan’s family to create the 8 Days of Greatness campaign to memorialize his passing.

“When Brogan went missing, our community came out in an amazing way,” Beth said, and this year’s campaign is a way to honor both that community and Brogan’s legacy of spreading greatness to the people around him.

Beginning on May 18th, anyone registered for the 8 Days of Greatness will receive an e-mail each day for 8 days – the 8 days Brogan was missing – with a new theme each day.

“We’ll send an e-mail describing the theme, how Brogan lived out that theme, and how we plan to live it during that day,” Beth said. Everyone involved in the campaign will be encouraged to put that theme into practice during the day, and share what they did via social media. The program will run from May 18-25, which is a Monday through Monday.

The campaign already has participants from nearly every U.S. state as well as several foreign countries including Turkey, the Philippines and Ireland, according to Beth. As participants promote the event with the hashtag #gr8nesstbd, the hope is that more and more people will hear about, and join, the movement.