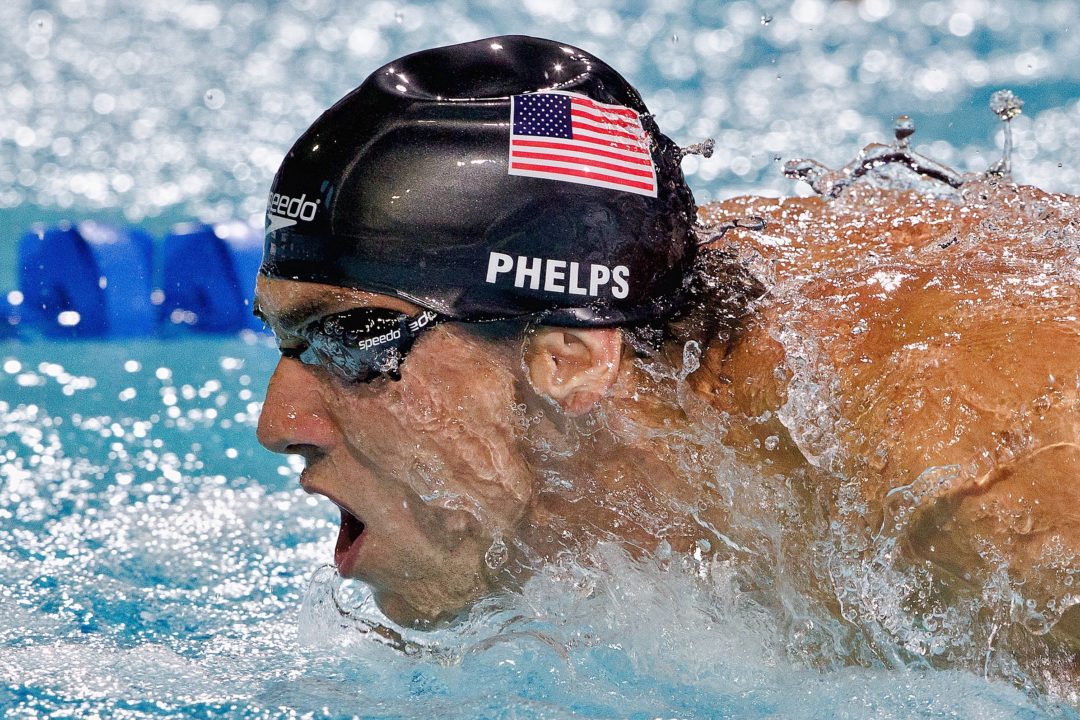 Since the 2007-08 season, high school swimming and diving participation has increased by nearly 18%. Archive photo via Tim Binning/TheSwimPictures.com

There are nearly 30,000 more girls participating in high school swimming and diving then boys. What we have noticed recently, however, is that boys swimming and diving is growing very quickly. On the chart below, I highlighted the Olympic Years in blue writing. The 2008 Olympics took place right before the start of the 2008-09 season. That year, Michael Phelps and his teammates inspired the world and gained celebrity status within the United States. His quest to win 8 Gold Medals shined the national media’s spotlight on the sport of swimming. Between the 2007-08 season and the 2008-09 season, boys swimming increased by 16.34%, gaining more than 18,000 participants. Girls swimming also benefitted from the Olympics as well, increasing 7.46 percent with almost 11,000 new participants.

Although the increase in participation following the London 2012 Olympics was not as big as the increase after Beijing, there was an increase in participation during the 2012-2013 season as well. What we can conclude from this data is that participation in swimming and diving will continue to grow with increased media attention. There were over 300,000 participants competing in high school swimming and diving in 2013-14, which is nearly 50,000 more participants that there were at the end of the 2007-08 season. Since the 2008 Olympics, swimmers have become national celebrities and heroes. Names like Phelps, Ryan Lochte, Missy Franklin, and Natalie Coughlin have become household names, all of which have helped shed a (mostly) positive light on the sport.

Michael Phelps’ contributions to the sport are far more than his World records and Olympic Medals. He has inspired a generation and continues to promote and grow the sport of swimming. Although he is not the only contributing factor to the growth of the sport over the last decade, he has played a very large role.

Any idea about how the growth might compare to the growth in the overall population of high school student’s?

I wouldn’t doubt that there is some population increase related factors, but the big test will be the next decade. Population rate increases in the US dropped off in the later part of last decade, and the current decade has proven to be one the slowest rates ever in the USA. Like many other western populations, we will be older as a whole then ever with declining birthrate.

What I think could be interesting is if football and some other sports see a decrease in popularity due to injury and lifetime cognitive impairs being studied more.

When you have data indicating increased participation that tells me 3 things: 1. More young people are swimming, which corresponds to improved health and potentially decreased costs to the federal government resulting from a healthy population. This is a potential bargaining chip with the government for funding. 2. More popularity for our sport, which could mean increased viewers for televisec/streaming video of swimming competitions. This is a potential bargaining chip with networks/websites. 3. More dollars in our sport in terms of purchasing swimming related products. This is a potential bargaining chip with manufacturers. All of the above is great, and indicative of potentially increased power/influence for the sport of swimming in the US; however, fans on this website might interpret… Read more »