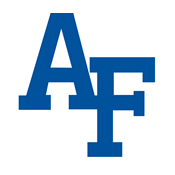 Lane was a longtime swimmer with NOVA of Virginia, and was recruited to swim at all the major military academies, according to CBS6. Though Lane was not listed on the Air Force roster this season, she swam through her freshman season at Air Force, and also competed in her home state of Virginia last summer.

Lane was back home for spring break last week, and was working out at a local gym when she suffered a massive heart attack. A nurse who happened to be working out at the gym at the time immediately started working to save Lane’s life, and she was rushed to a local hospital.

Despite having no pulse for more than 20 minutes, Lane’s heart was restarted at the hospital. But that was just the first hurdle, as Lane dealt with kidney failure and blood pressure issues that could cost her part of her leg, according to CBS6.

Lane still isn’t fully conscious, but does appear to be improving. She’s still attached to a machine to pump her heart and help her breathe, but she might be moving off of life support sometime this week.

An inspirational young woman, Lane decided she wanted to serve her country on September 11, 2001, when her mother narrowly missed a tour bus that would have taken her to the Pentagon on the day it was attacked by terrorists.

Nearly 14 years later, Lane was making good on that commitment as a second-year Air Force cadet. Her story has inspired a major social media campaign headlined by the message “We Are Hailey Strong.” A number of swim teams have already joined the cause, holding up signs of support written on signs in Hailey’s favorite color – yellow.

I coached Hailey when she swam for Poseidon in Richmond. Awesome kid, great family. I can’t imagine what they are going through right now. I encourage everyone to pray for Hailey, her family, and her friends. Thanks for posting this Jared and Swimswam!