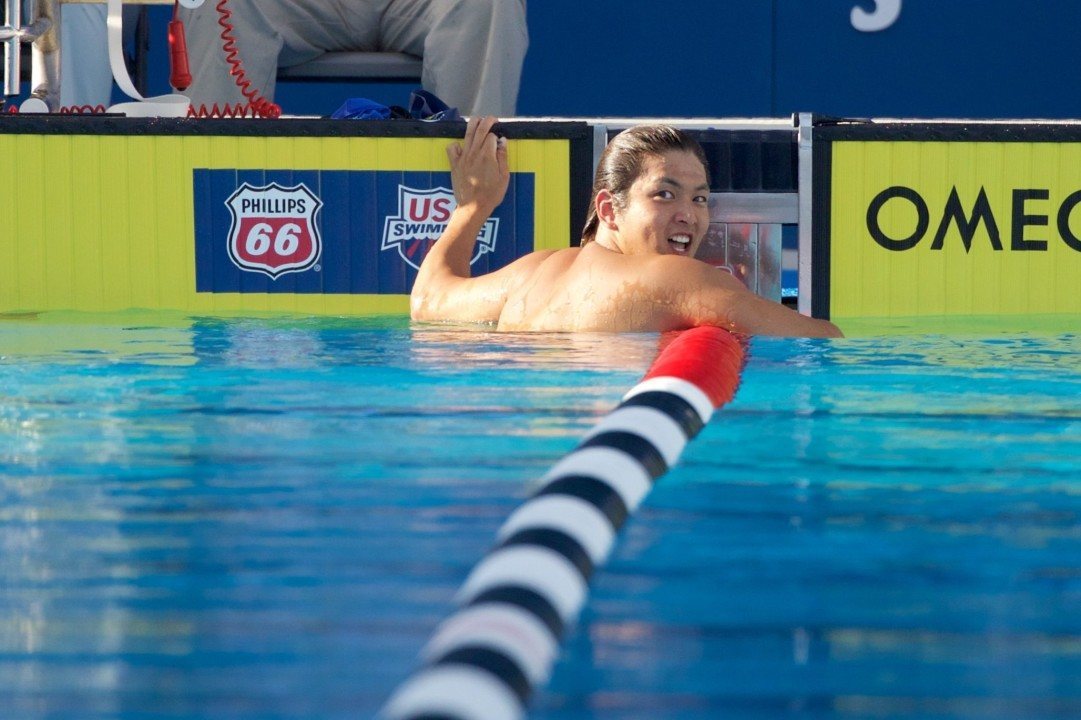 Facing a possible 4-year ban for having tested positive for a banned substance, Japanese medalist Junya Koga is set to file an appeal with the Court Arbitration for Sport (CAS). Archive photo via “Rafael/Domeyko Photography”

Facing a possible 4-year ban for having tested positive for a banned substance, Japanese medalist Junya Koga is set to file an appeal with the Court Arbitration for Sport (CAS). According to Kyodo News, the 31-year-old had previously sought a reduction in his sanction at a hearing before an impartial panel in late August, however, his request was rejected. His appeal to CAS is the next step for Koga if he hopes to have a chance to join the Japanese national team for a home-based Olympics in 2020.

As we reported back in May on the eve of the 2018 Japan Open, the 31-year-old backstroke ace reportedly failed two drug tests in the month of March, which resulted in his being removed from the Japanese National Team. Koga tested positive for traces of ‘banned muscle-building substances’, which the Olympian denied having taken knowingly.

Where has he been training? Japan?

Where it will be reduced to 2 backtracked in line with other rulings .