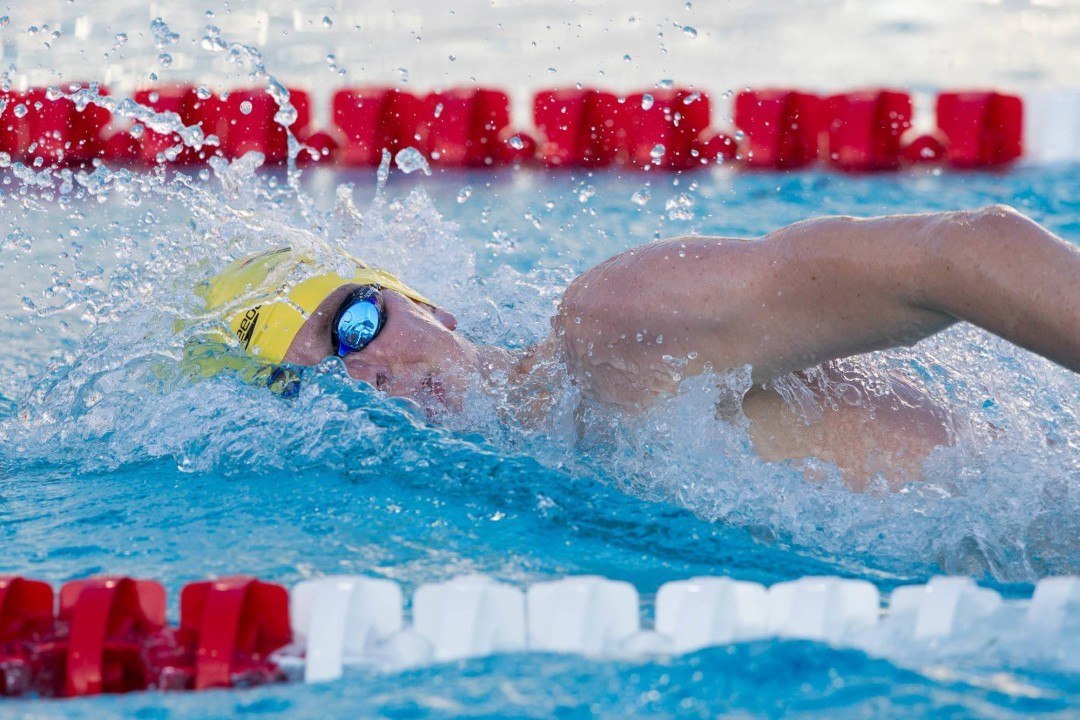 Editor’s Note: Because of the complex nature of sexual assault cases, SwimSwam has reached out to contributor and attorney Ceci Christy to analyze the charges filed against former Stanford swimmer Brock Turner.

SwimSwam reminds our readers that the accused is presumed innocent until proven guilty in a court of law. The analysis below is based upon official court filings and police reports of the incident, and includes details that may be inappropriate for or disturbing to some readers.

The police initially arrested Brock Turner for suspicion of attempted rape immediately after the incident on January 18.  The reason for this charge was because the police only had Turner’s explanation and the two cyclists’ statements as the alleged victim was unable to make any statements at that time.  Additionally, Turner was dressed and there did not appear to be any overt evidence of intercourse at the scene of the incident.

Under the section 261 of the California penal code, “Rape is an act of sexual intercourse accomplished with a person …

(3) Where a person is prevented from resisting by any intoxicating substance … and this condition was known, or reasonably should have been known by the accused.

(A) Was unconscious or asleep.

(B) Was not aware, knowing, perceiving, or cognizant that the act occurred.”

Consent is defined under section 261.6 as “positive cooperation in act or attitude pursuant to an exercise of free will. The person must act freely and voluntarily and have knowledge of the nature of the act or transaction involved.”

In order for Turner to be charged with these five felonies, the prosecutor must have some evidence of the crimes.  That evidence would include the information that, according to police reports, the alleged victim was intoxicated, unconscious, and therefore in the interpretation of the prosecutor, unable to have given consent to have sexual intercourse.

Further, the prosecution must have some evidence, no matter how scant, that there was sexual intercourse or penetration.  The alleged victim’s SART results may have shown some evidence of penetration – no matter how slight.  Turner’s attorney will challenge the SART results and any other evidence the prosecutor produces to prove sexual intercourse.

Turner stated in his statement to the police that “he never took his pants off, that his penis was never exposed and that he did not penetrate the alleged victim’s vagina with his penis.”

Turner’s arraignment on the charges is scheduled in the superior court on Monday.  Turner will enter his pleas to the charges and the court will review the prosecution’s bail request.  Until all the evidence is presented, we will not know the full details of the case – and maybe even not at that point as many pieces of evidence in rape cases do not always get presented in court given the rules of evidence.

Speculation about what really happened on January 18 does not benefit Turner or the alleged victim, nor their families.

This is a good analysis, but one point I disagree with (from my own experience as a defense attorney) is that when there is slight penetration, there will typically be no physical signs on the victim.

So what are the chances that this case goes to trial? Brock’s reportedly admitted he removed her underwear and penetrated her already, so would a DA take this case to trial under all circumstances without the possibility of a plea to lesser charges? Can’t imagine a long-term local resident relishes being put on the stand and being asked about the intimate details of her sex life while testifying against a Stanford athlete. The Vandy case was different because there was video evidence and 4 guys were involved.

To try to answer your questions: 1. You never know if a case will go to trial at this stage. Some clients will go to trial no matter what the evidence is against them, and others will plea. Many sex cases tend to get resolved with a plea deal because no prosecutor wants to force a victim to testify, and on the other hand a smart client in a case where the evidence looks bad will want to cut his losses. In plea deals neither side gets 100% of what they want, but the court system would collapse if every case went to a jury trial. The biggest factor about whether or not this goes to trial will depend on… Read more »

Thanks for your response. There was a 20/20 segment last night on the Vandy rape case. It was extremely disturbing. Dorm security videos showed the passed out woman being carried from her car to the ringleader’s room. Since fraternities are owned by Stanford, there may be film of her leaving the party which may shed some light on how impaired she was at that point. The Vandy case was more problematic with physical evidence because the victim wasn’t aware of the possibility she’d been sexually assaulted for several days. At least in this case, physical evidence likely will be available, Stanford Hospital is at most a 5 minute drive from where this young woman was found. Would think that Brock’s… Read more »

I am curious how tough prosecutors are out there, more specifically relating to whether or not they may be willing to take things like incarceration or sex offender registration off the table in exchange for a plea.

How willing the girl is to testify will also be a factor.

I feel for the young woman in this case, and any person who has been through a situation like this. To wake up and not know what happened to your body would obviously be a horrific and traumatic event. I had originally, like most people, had only the basic surface ideas of the details of this case and based my assumptions on the dramatic headlines telling the world of unrepentant, privileged rapist. I was happy when I heard he was convicted and, like most, outraged to hear of his short sentence. My disbelief and anger after hearing of this short sentence prompted me to read more into this story to try to understand how an outright “rapist” could be let… Read more »

This is the court of public opinion and the public is under no obligation to assume the perpetrator is innocent. From this case the circumstance seems quite clear. He was caught in public on top of an unconscious woman and he proceeded to flee the scene. He has admitted to some level of contact. There are not many ambiguities here and he is going to serve some time.

It’s quite possible she was too drunk to fully know what was going on, but wasn’t unconscious until after the act. She was described as being found in the fetal position. Unconscious people don’t generally move that much.

1. Nice grammar
2. You know nothing about this “over-priveledged jerk” and only assume this oh him because of what reason?
3. Just because this sad incident happened while both subjects involved were intoxicated does not make turner a monster, nor does it mean that he would molest little girls. You are very ignorant my friend.

Cazz. I’m guessing from your response that you may be a victim of sexual assault. If true, I wish that wouldn’t have happened to you. I am from Brock’s home town and can attest he is a sweet, honest, smart, athletic middle class boy with average middle class parents. He has been kicked out of Stanford and is facing serious charges. Everyone here is devastated.

I’m from Alex Kelly’s home town. We, too, thought that he was a sweet, honest, smart, athletic middle class boy with average middle class parents. We were wrong.

He can’t be that sweet and honest, Angela. He’s lying through his teeth about this case, for one. Fleeing the scene, two. Fleeing does not suggest honesty. I think you want to believe he is that way but sometimes if someone chooses evil, they then become defined by that forever after. Perhaps this is the case with Brock. No “sweet, honest” boy would ever “hook up” with an unconscious woman. Sorry.

Good. Devastation is a decent start.

Vote Up0-3Vote Down Reply
Ball at

I don’t know I went to school with the kid and was pretty much definition spoiled brat. And was kind of a dick. But he’ll get what he gets. Not necessarily what he deserves but such is life.

That sounds far more likely and true than he was “sweet and honest”. I think Brock pulled the wool over someone’s eyes.

It actually does make Turner a monster.