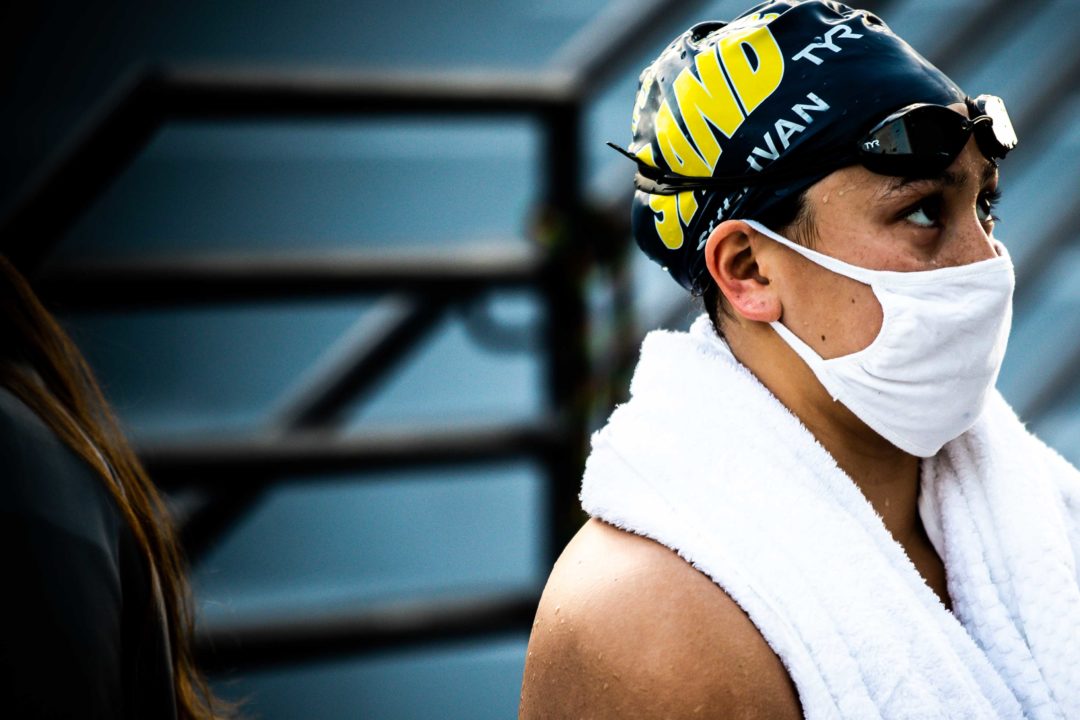 A storm system at the end of last night’s long course finals pushed the women’s and men’s 400 free finals to this morning, tacked on at the beginning of the day before the scheduled yards prelims.

Sandpipers of Nevada went 1-2-4-5 in the women’s 400, with Erica Sullivan shaving a hundredth off of her lifetime best with a 4:06.35. She now moves to #5 in the world this year, two-hundredths ahead of what Leah Smith did yesterday at the Pro Swim Series – Mission Viejo.

In the men’s 400 free A-final this morning, Brice Barrieault (SAND) and Rex Maurer (unattached) both took over five seconds off their old bests. Barrieault won in 3:57.10 ahead of Maurer’s 3:57.27, each going under the Wave I cut.

After the 400s, the regularly scheduled prelims session began. Sims, coming off her lifetime best in the 400 free, posted the only sub-2:00 in the 200 IM prelims with a 1:58.50 to lead the way. That’s a little over two seconds off of her best.

In the women’s 200 back prelims, Weyant led the field with a 1:57.62, coming almost three seconds off of her best.

Sullivan definitely wants to make the team in more than just OW and the 1500! Making a strong case for herself for the 800 and the 400 too.

Can anyone see the Sunday finals results? It seemed like they didn’t update.