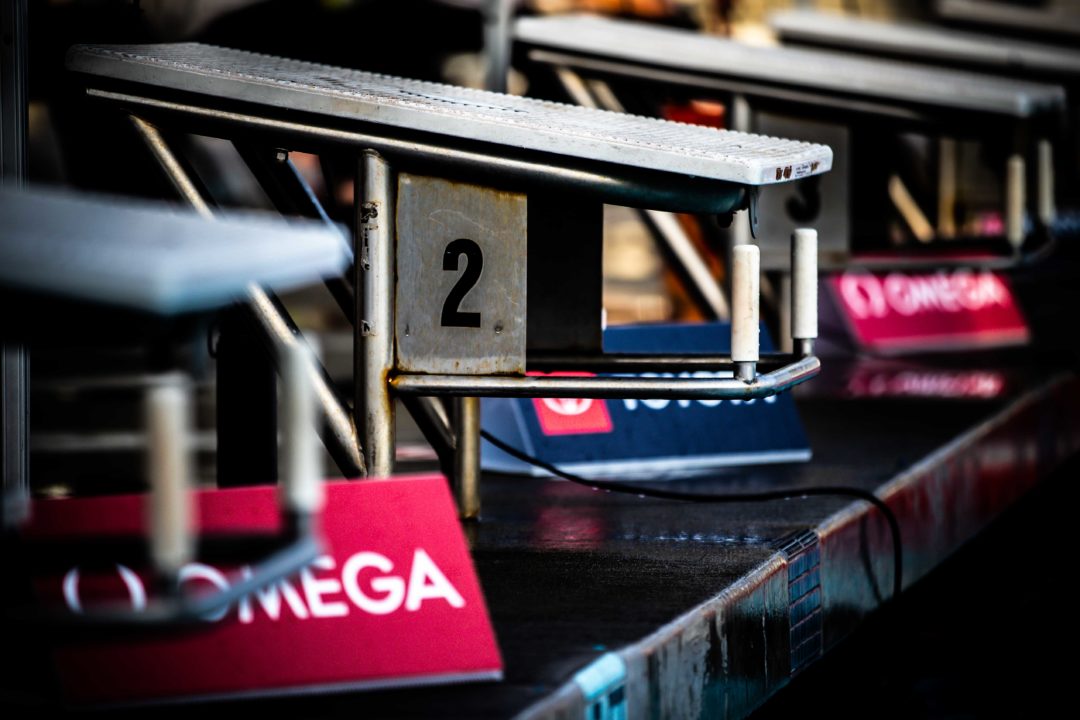 Welch topped the US Junior National team member in the 100 free to kick off day two of the Futures meet in Huntsville, Alabama. Current photo via Jack Spitser/Spitser Photography

With the reveal of the 2021-2022 event schedule Thursday, USA Swimming announced the dates and locations of three upcoming National Junior Championships.

The second day of finals in Huntsville saw athletes taking to the pool to race the 100 free, 400 IM, and 100 back.

Kicking off the finals session, the women’s 100 free featured a tight race between Ella Welch and US National Team member Gretchen Walsh. Welch got the better of the soon-to-be University of Virginia freshman, touching in 55.55 to Walsh’s 55.74.

For Welch, that swim was over a second faster than her performance at Wave I of Olympic Trials. At that meet, she took 14th in finals in a time of 56.79. With her swim from this weekend, she would have finished second in the A-final of that race, earning herself a chance to compete at Wave II of Trials. Her time would have finished 22nd at Wave II.

Like Welch, Walsh contested the event at the Olympic Trials, although she swam it during Wave II. She was also slightly faster this weekend, with her time from Trials being a 55.91. Her top Trials finish came in the 50 free, where she took 5th in finals.

In the men’s race, it was Macguire McDuff who came away with the fastest time. Swimming for the Bolles School Sharks, McDuff climbed from the second seed going into finals to claim gold in 50.98.

17-year old Elizabeth Tilt of Chattahoochee Gold Swim Club swam to the win in the women’s 400 IM. Tilt held off Lily Ann Willis of the TAC Titans for the gold in a final time of 4:51.61. Tilt, who will be a high school junior this fall, is the defending Georgia high school champion in both the 100 fly and 200 IM, having won both events at the state meet earlier this year.

Michael Mullen claimed his second event win of the meet as the 15-year old won the men’s 400 IM. After winning the 200 fly on day one, Mullen swam to his second title in a time of 4:25.47. That time moves Mullen into the top-100 all-time in the event, with his swim now ranking as the 40th fastest performance in the 15-16 age group.

The 100 back title went to Ryenne Ulett, a 16-year old from Dynamo Swim Club. A member of USA Swimming’s Junior National Team, Ulette finished a bit under a second off of her lifetime best, touching in 1:01.94. Ulett swam the event at Wave II of Olympic Trials, taking second in 1:02.54. Both Ulett and Welch are set to join the University of Louisville’s freshman class in the fall of 2022.

Closing out the second day of racing was Nathaniel Stoffle in the men’s 100 back. Stoffle touched in 55.28.

Gretchen Walsh was world junior champion in 53.74 in 2019. That performance suggested a golden future in sprint freestyle. Unfortunately she has moved so much backwards since then.
In comparison Meg Harris was 3rd of the same race at world juniors in 54.58. And 2 years later she swam 52.92 at Australian olympic trials and has just won the 4X100 free relay gold in Tokyo.
I wish Alex’s sister to rebound at Virginia. It would be a shame to see such a big natural talent wasted. And the US women’s sprint badly needs new big talents for 2024.

Hopefully UVA will help Gretchen as it did Alex, Kate, and Paige. I think she’ll do just fine, probably very hard for her not having her sister there to train with.

OMG. O’Callaghan 52.35 relay split in the 4X100 medley prelims
Looks like we have another Australian superstar in the making in the 100 free/200 free. As if they need a new one…. 🙂