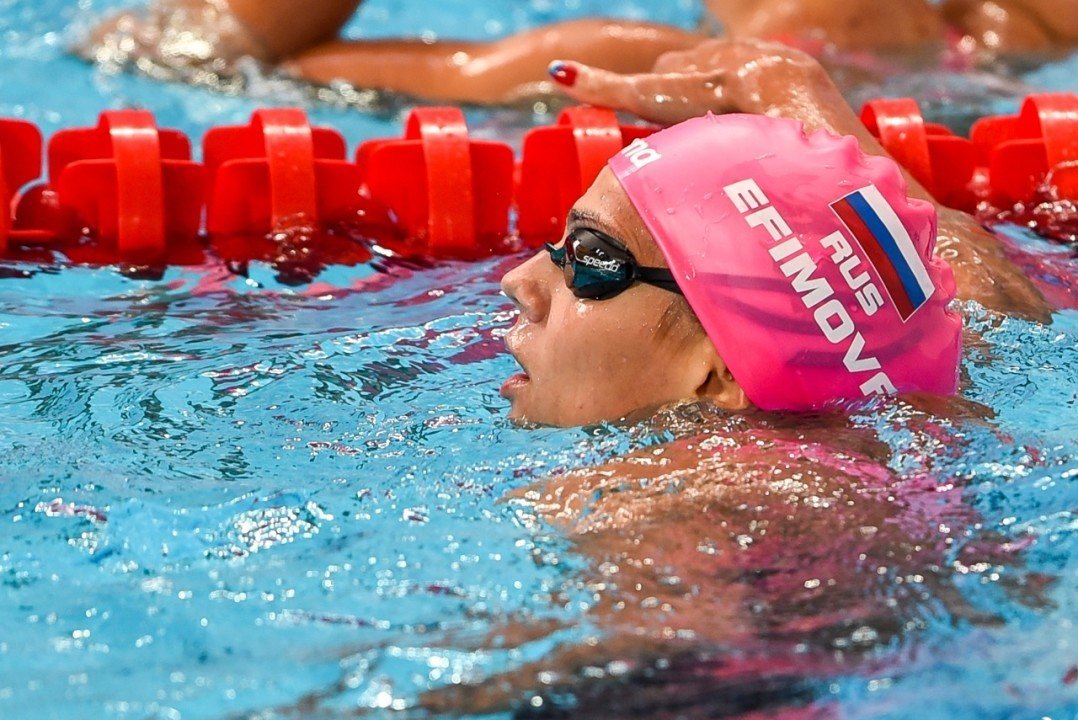 High-Level International Meets for May 2022

Take a look at the elite international meets coming up for the month of May, with the 2022 FINA World Championships on the horizon.

Key swimmers on the Japanese national team are headed to the 2022 Mare Nostrum tour in May, marking the first time in three years they’ll have participated.

Organizers of this year’s Mare Nostrum Tour have revealed date changes, as well as changes to the city order in light of the fact there is now 2022 Budapest.

After a nasty 200 breast at the second stop of the Mare Nostrum tour that brought her within seven tenths of the world record, Russia’s Yuliya Efimova threw down an equally impressive 100 on day 1 of the final stop in Canet-en-Roussillon.

Efimova went 1:04.82 for the win, breaking her own Russian Record of 1:05.02 set back in 2013 and moving past Rebecca Soni and Lilly King for 3rd on the all-time top performers list. Along with becoming the 3rd fastest performer in history, the swim was also the 5th fastest performance in history. World record holder Ruta Meilutyte has been faster three times, and American Jessica Hardy was faster once back in 2009.

Take a look at the five fastest performers in history:

The swim, nearly seven tenths faster than she was at the Olympics, sets up another epic showdown between her and King at the upcoming World Championships. King was very outspoken about Efimova’s history with doping in Rio, and will need to be on her A-game if she’s to prevent Efimova from defending her World title.

We’ll see what the Russian has in store for the 200 tomorrow, as her 100 was over eight tenths better than it was in Barcelona, where she cranked out that 2:19 200 breast.

What an amazing performance! Congrats Yulia!!!

Where are training Efimova now?

Oh her and Doc Brown pop back in their DeLorean to the 1970’s GDR, have great coaching team.

Efimova looks stronger than ever….

Hopefully for her rivals she peaks too early.

lets hope something special happens …….and it will

Efimova’s contiuned participation is detrimental to the legitimacy of every world class swimmer’s performance. She should not be racing.

She got the juice

LOL. Resurrecting the “dopimova” from last year. Love it.

Them they made radical coaching changes after 4 -5 years into established sprint programs that already had wr holders. Then tbe original speed re surfaced & after 7 years they both were world champs in home meet . After Jones got the gold in 08 she didn’t need it anymore yet Efimova carried on with another twist in the journey . Also Efimova had the faster start thus the 50m superirity ,Jones had excellent turns but they swam similar races for similar times .

Ok, but Jones was dominant and virtually unbeatable for 4 years with a spotless record. The other has multiple doping infractions and can never win when it counts. One is a legend. The other is convicted cheater.

Sometimes you have to concentrate on the subject which in this case is womens breastroke technicals . Both are controversial personalities in their own way . It is up to you to prefer one or the other & waste your time judging .

If you have any input into the development of mid – late teen female breastrokers please contribute .I have left the door open to discus respectfully anyone from the 14 year old 92 champ to Amanda , Agnes , Meghan , Rute – all young stars .