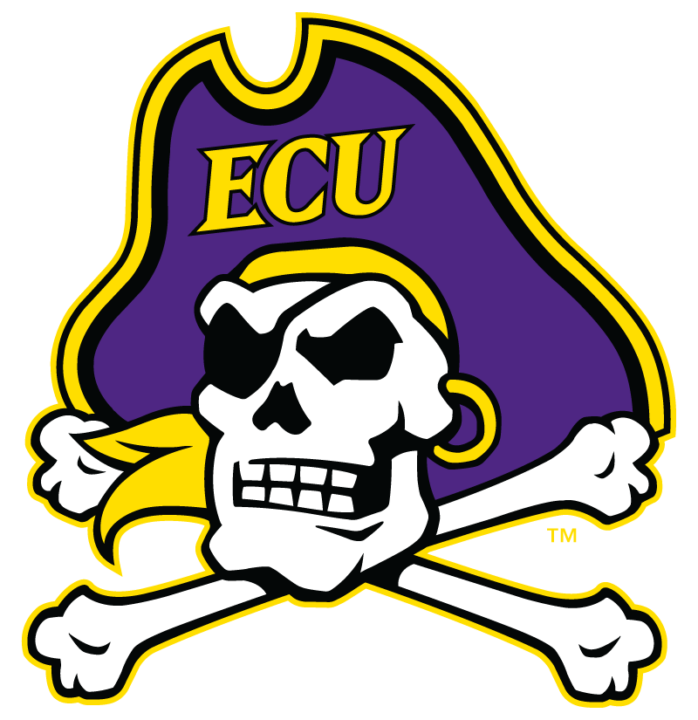 Wall graduated from UC this past spring and has spearheaded numerous community services activities for the Bearcats.

USA Swimming Scholastic All-American Keely Rollinson has verbally committed to swim for the University of Houston’s class of 2025.

Free/fly specialist Samantha Krew from Phoenix, Arizona has announced her verbal commitment to Tulane’s class of 2025.

GREENVILLE, N.C. — The East Carolina Student Athlete Advisory Committee (SAAC) held the second annual Goldspys end of the year awards show Tuesday night inside Minges Coliseum. The Goldspys, which was based on the ESPY’s presented by ESPN, honored and highlighted the success of ECU student-athletes during the 2014-15 school year.

The evening was hosted by men’s basketball redshirt sophomore Marshall Guilmette and football junior inside receiver Isaiah Jones. The pair kept the audience, which was made up of student-athletes, coaches, faculty and staff, entertained throughout the night as several student-athletes, teams and staff members were honored with 14 different awards. Some of the awards were voted on by the East Carolina administration, coaching staff and SAAC representatives, while others were voted on by Pirate Nation.

The men’s swimming and diving team was honored with a highlight video after capturing the first-ever American Athletic Conference Championship for the university. The squad went on to take home the Team-of-the-Year award, while head coach Rick Kobe was named Coach-of-the-Year.

Senior swimmer Rokas Cepulis came away with a pair of awards on the night as he was named American Athletic Conference Institutional Scholar Athlete, along with teammate Danielle Morrin. Cepulis was also granted the prestigious Mr. Pirate award along with softball’s senior right-handed pitcher Sarah Christian, who was named Mrs. Pirate. The Mr./Mrs. Pirate award is presented to the male and female student-athlete who excel both in the classroom and in athletics, while also contributing to his or her community. It was voted on by the ECU administration and coaching staff.

Jada Payne, a redshirt junior on the women’s basketball team, was named Female Athlete-of-the-Year after breaking her own school record for three-pointers in a season (80) and free-throw percentage in a single season (86.5%). Additionally, Payne was named to the American Conference All-First Team, becoming just the third player in program history to receive first team recognition multiple times and in consecutive years. She led the Pirates and ranked fourth in the league in scoring (16.7 ppg) and was first in free throw percentage (89.3). During the 2014-15 season, Payne became the 22nd ECU player to score 1,000-career points in a career, eclipsing the mark in just 57 games as a Pirate.

Football’s Justin Hardy was named Male Athlete-of-the-Year after a record-setting senior season at East Carolina in which he caught more passes (387) than any player in NCAA (FBS) history. Additionally, Hardy became the 11th Pirate in school history to earn Associated Press All-America honors (third team). He was a unanimous First-Team All-AAC selection and winner of the 2014 Burlsworth Trophy, which is given to the nation’s most outstanding player who began his career as a walk-on, as Hardy also ranked second nationally in receptions (121) and fourth in receiving yards (1,494), both of which are program single-season records. Hardy finished his collegiate career owning ECU career records for receiving yards (4,541) and touchdown catches (35). Finally, he is the lone Pirate receiver to post three-straight 1,000-yard seasons (1,105 in 2012, 1,284 in 2013 and 1,494 in 2014) and became just the 16th player in FBS history with 4,000-plus receiving yards.

The Goldspys also honored student-athletes for their efforts in the classroom and in the community as those with grade-point averages of 3.5 or higher received recognition as did the top three teams (women’s tennis, volleyball, women’s golf) in community service.

The ceremony was not limited to ECU student-athletes, teams and coaches as Assistant Athletics Director of Game Operations and Facilities, Dr. Gary Overton, was presented with the Lifetime Achievement Award. Coach O, as he is affectionately called, has been a part of East Carolina for four decades including three as both a baseball player and coach. During his 13-year tenure (1985-97) at the helm of the ECU baseball program, Overton compiled an overall record of 427-237-1, departing as the winningest coach in school history. He guided the Pirates to five NCAA Tournaments, five CAA Tournament Championships and two CAA regular-season titles. Overton mentored 36 all-conference players and earned CAA Coach-of-the-Year honors in 1990 and was named East Region Coach-of-the-Year in 1993. He was inducted into the ECU Athletics Hall of Fame in 2004 and has served in an administrative role since 2005.

Below is a complete list of the Goldspys Award Winners:

This is an unedited press release courtesy of ECU Athletics.