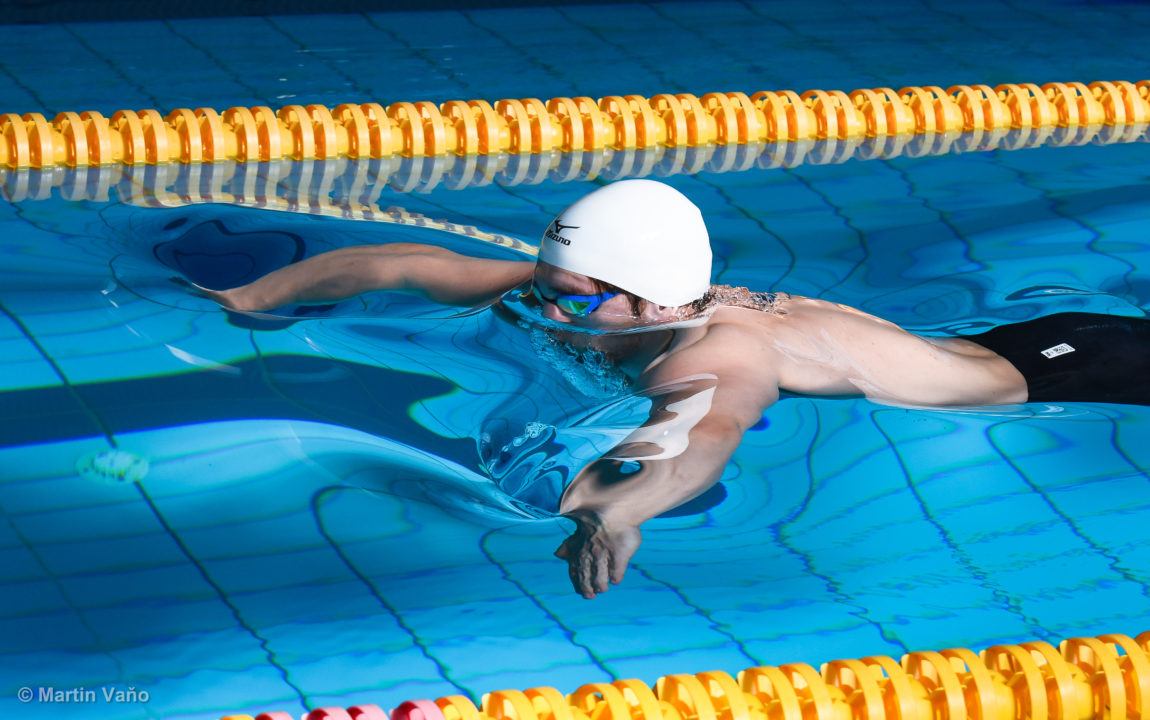 The Board of Directors of Dynamo Swim Club takes great pleasure in announcing the hiring of Ian Murray as its... Current photo via Martin Vano

The Board of Directors of Dynamo Swim Club takes great pleasure

in announcing the hiring of Ian Murray as its new Head Coach and Mike Cotter as Chief Executive Officer. Ian comes to Dynamo from Carmel Swim Club in Carmel, Indiana where he served as Associate Head Coach. Ian’s first day at Dynamo will be Tuesday September 5.  Mike Cotter moves from Interim CEO to assume the permanent CEO role.

“We are excited to welcome Ian to the Dynamo family,” said Barbara Coats, Dynamo Board President. “The combination of Ian’s leadership and our talented coaching staff will allow Dynamo to continue to flourish. We are delighted to name Mike Cotter to be Dynamo’s CEO.  He has served Dynamo for more than 25 years and his breath of knowledge about Dynamo’s operations is unsurpassed.”

“It is an honor and privilege to join the Dynamo team,” said Ian Murray.  “I am looking forward to working with great athletes, coaches, and families.  We will strive to build upon the sustained excellence the program has demonstrated throughout its history.  My family and I are excited to be a part of it.”

The Board thanks all Dynamo coaches and staff for their hard work and extraordinary dedication over the two months.  The Board also thanks Tara Flickinger and Hayden Garrett of Parker Executive Search for their invaluable assistance in the search process.

Dynamo will host a meet and greet for Ian and his family mid afternoon on Sunday, August 20 at the Chamblee facility.  Details will follow.

As Carmel’s Associate Head Coach, Ian was responsible for the daily coaching of the club’s High Performance training group, overseeing Carmel’s coaching staff, and working with the club’s business manager and CEO on yearly financial budgets.  Ian has experience with fundraising, sponsorship campaigns, and alumni relations.  In addition, he worked on the club’s efforts to build a new facility.

In addition to his responsibilities with Carmel Swim Club, Ian as an assistant coach on the Carmel High School swim team.  The girls team has won 31 consecutive Indiana High School State Swimming Championships, a national record for all sports.

Prior to Carmel, Ian coached from 2000-2006 on the staff of the Lake Erie Silver Dolphins in suburban Cleveland, Ohio, where he was an Age Group and Senior Coach.  While at Lake Erie, Ian worked with multiple members of the USA Swimming National Team, including an Olympic gold medalist.  Ian was named the 2006 Lake Erie Swimming Age Group Coach of the Year.  While at Lake Erie, Ian served on the staff of the Richard Quick/Stanford National Swim Camp, and was Head Coach of the 2003 Ohio Mid-States QUAD Team and the 2004 Lake Erie Zone Team.

Ian worked as a Volunteer Assistant Coach for the Cleveland State University swim team from 2000-2001.  He was a standout swimmer at Cleveland State from 1996-2000.   As a college swimmer, Ian was a conference champion, school and conference record holder, and team captain.

Ian and his wife Jennifer are the proud parents of two children, Arran and Ainsley.

Mike Cotter has served Dynamo for over 25 years, mostly recently as Interim Chief Executive Officer and prior as the Chief Operating Officer/CFO.  Mike has been a key leader in Dynamo’s growth, helping Dynamo grow from the original Chamblee location to multiple facilities.  During his tenure, Mike led the construction and expansion of the Alpharetta facility, installment of the dome at the Chamblee’s long course pool, and the recent Chamblee facility expansion and renovation.

Mike’s long involvement with Dynamo has been a key factor in the organization’s success and Mike has been instrumental in the startup and continued success of Dynamo Pool Management, Inc.

Mike and his wife Michelle are the parents of two children.

Congratulations Ian! We wish you the best at Dynamo and thank you for your committment to your athletes and all the many things you did to make Carmel a better place. You will be missed.

Ian has unlimited upside as the Head Coach at Dynamo. He is a great choice as he has prepared all his life for this opportunity. He will not disappoint! Good Luck Coach Murray.