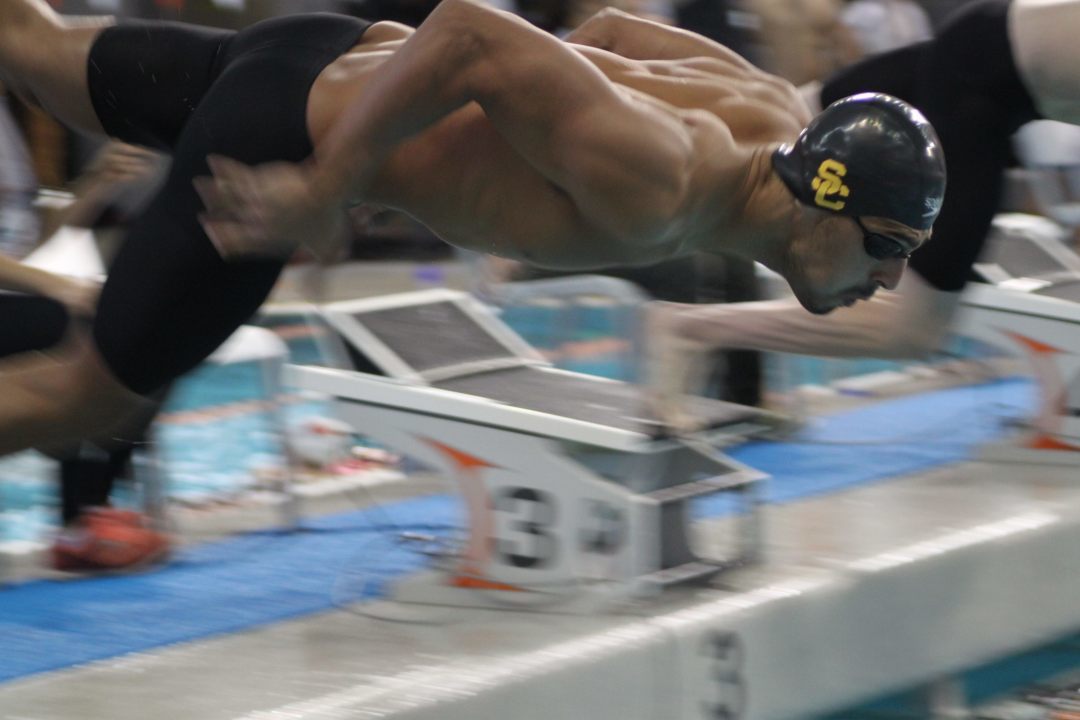 Dylan Carter starred for the USC Trojans yesterday, putting up two individual wins and lending his hand for quick splits on both relays as USC toppled UCSB, 179 to 78.

Sophomore Carsten Vissering had a strong showing as well, easily taking the 100 breast (55.72) and then posting the fastest 200 breast time (2:06.30), the latter being done in exhibition. Vissering also led off USC‘s victorious 200 free relay, and threw down a 24.78 split on the 200 medley relay.

Junior Dylan Carter won a pair of races on Saturday (Oct. 1), one of nine Trojans who also posted first-place finishes as the USC men’s swimming and diving team defeated host UC Santa Barbara, 179-78, to improve to 2-0 in its second road meet in as many days.

USC wrapped up the meet with a win in the 200y free relay as Vissering, Carter, Tribuntsov and Grissom took first in 1:22.50.

SANTA BARBARA, Calif. – In the 2016-17 season opener, the UC Santa Barbara men’s swimming team faced off against the men of University of Southern California. The UCSB team gave several freshmen their first collegiate swims and put up a valiant effort against the Trojans in the 179-78 loss.

Matthew Elkington took third in his first collegiate individual event in the 200 freestyle with a time of 1:42.49.

The Gaucho men will be back at Campus Pool next Saturday, October 8 for their Intrasquad and Alumni races.