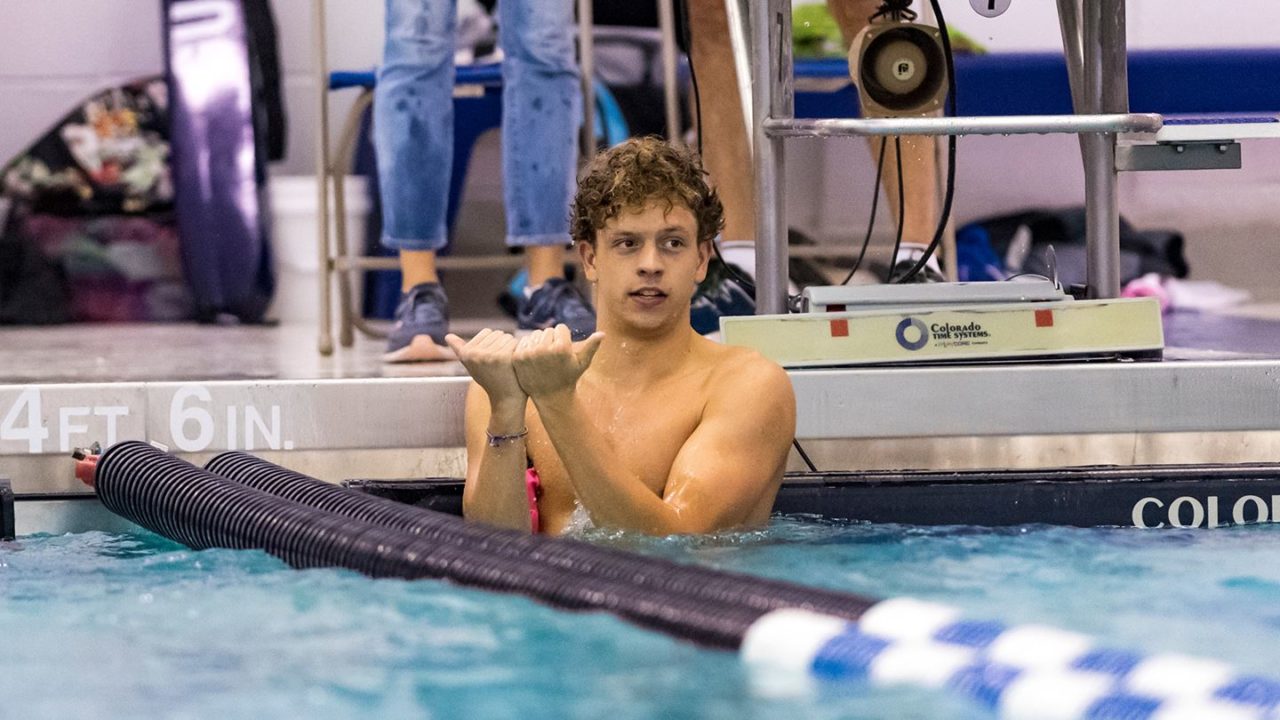 The Duke swimming and diving team is back in action Saturday in Raleigh as the Blue Devils take on NC State. Current photo via Duke Athletics

DURHAM, N.C. – The Duke swimming and diving team is back in action Saturday in Raleigh as the Blue Devils take on NC State. The meet will begin at 11 a.m. in the Willis R. Casey Aquatic Center and will be aired live on ACC Network Extra.

GET TO KNOW NC STATE

The Wolfpack have emerged as a nationally recognized program in recent history. Currently, both their men’s and women’s sides are ranked sixth in the most recent version of the College Swimming and Diving Coaches Association of America’s poll.

There will be a sense of familiarity in the pool on Saturday as the Blue Devils and Wolfpack met each other earlier in the year at the NC State GAC Invitational in Greensboro, N.C. At the meet, Duke finished third in the women’s with 1,497.50 points and fifth in the men’s (1,197).

NC State holds an edge in the all-time series. Saturday will be the 91st meeting among the men’s teams and the 39th between the women. Currently, NC State has won 12 straight over the men and seven straight over the women to lead the series 76-13 and 35-3, respectively.

Duke returns to the water after a victory over Queens University of Charlotte last weekend in Charlotte. The Blue Devils took 18 of the meet’s 28 events to win the men’s meet 147-115 and the women’s 172-89 over the five-time defending Division II national champions.

For the men, sophomore Cole Reznick powered the Blue Devils with three individual wins. His 56.64 in the 100 breaststroke placed him first before taking the 200 breaststroke (2:03.33). To close out his afternoon, the Pleasanton, Calif., native won the 200 individual medley in 1:51.50.

DUKE IN THE POLLS

The Blue Devils continued their stay in the TYR College Swimming and Diving Coaches Association of America Division I Polls as the men checked in at No. 25 while the women sat at No. 20.

The women have remained in the rankings throughout the whole season, seeing time at No. 22, No. 17 and No. 11 before their current ranking of No. 20.

The meet at NC State will be live streamed via ACC Network Extra here. Live stats will be updated throughout the meet here.

Duke will enjoy a week hiatus before returning to the Taishoff Aquatics Pavilion on Feb. 1 for Senior Day against North Carolina. The meet will begin at noon.

For more information on Duke swimming and diving, follow the Blue Devils on Twitter, Facebook and Instagram by searching for “DukeSwimDive”. You can also find all-access coverage of all Duke athletic programs on SnapChat by searching for “dukeathletics”.

Will they wear suits?