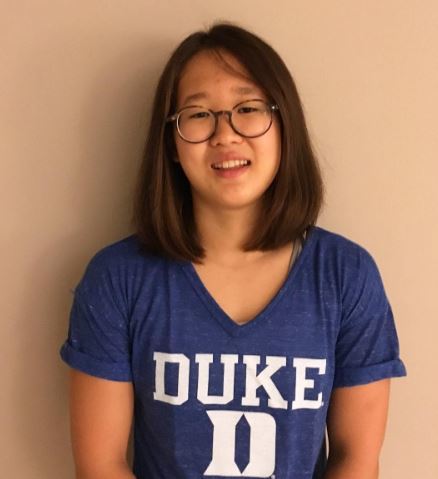 Easop Lee, who represents South Korean internationally and North Baltimore Aquatic Club here in the U.S., has made a verbal commitment to Duke University’s class of 2022. Current photo via Easop Lee (Instagram)

Easop Lee, a South Korean National who holds the national records in the 200m free (1:58.64) and the 400m free (4:11.98), and who represented her country at 2017 FINA World Junior Swimming Championships in Indianapolis last month, has made a verbal commitment to Duke University’s class of 2022. She announced via Instagram:

“I am very honored to announce my verbal commitment to Duke University! Can’t wait to be part of the Blue Devil family!”

A two-time USA Scholastic All-American from Pikesville High School in Baltimore, Lee has been living and training in the United States since 2011 and has been with North Baltimore Aquatic Club since 2013. From the outset, she has shown a proclivity for mid-distance freestyle and butterfly. Lee first came to U.S. national attention in 2014, when as a 14-year-old swimming at Summer Juniors in Irvine, she won the 200 fly and placed third in the 400 free. At this summer’s Junior Nationals she won the 200 free (2:00.08), was top-8 in the 400 free (6th), 800 free (4th), and placed 9th in the 1500 free and 400 IM. Two weeks later she took 8th in the 200 free at World Juniors, where she also competed in the 400 free and 100/200 fly.

That is such a dope first name

whoa, this is huge. sort of surprising, considering the original article said she mentioned stanford as her dream school, https://phspipeline.com/1783/uncategorized/potential-olympic-swimmer-easop-lee/, but congrats to her!

I bet Stanford would have let her in as an Athlete if she got into Duke. Duke is a good school maybe not Stanford but probably pretty close

Why are there so many downvotes on this comment? It’s a fact that Stanford is the hardest school to get accepted to, and is many people’s dream school.

Duke is a great school academically as well. There are a lot of factors that go into an athlete’s verbal so who knows what happened since publication of the original article?

Got swim money from Duke but all the scholarship money at Stanford is gone?

I feel like it’s hard to lose 22 billion dollars

Now that is a HUGE pickup for duke!