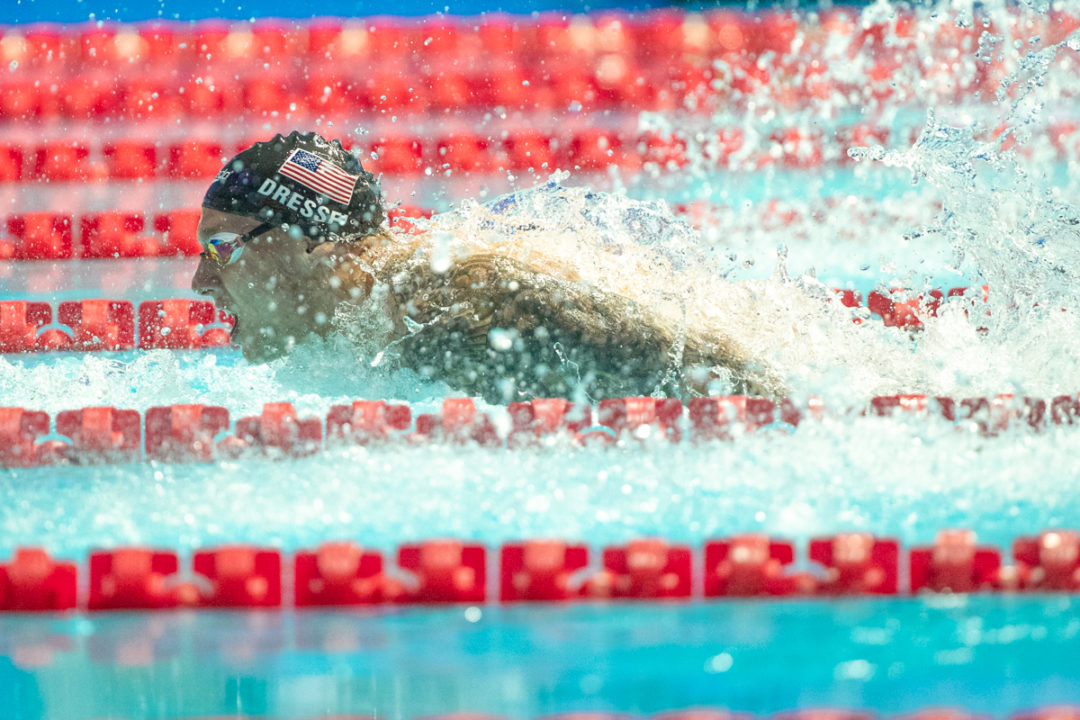 Dressel earned a record eight podium finishes at the world championships in Gwangju, South Korea, including six gold medals. He won three golds in a single night – the second time he has accomplished the feat in his career – and helped the American 4×100-meter medley take silver. Dressel was named Male Swimmer of the Meet for his accomplishments, which included breaking Michael Phelps’ world record in the 100-meter butterfly and swimming in two relays (the mixed 4×100 freestyle and then 4×100 freestyle) that placed first.

Schnell became the first U.S. woman in 14 years to earn a world championship medal in the women’s 10-meter platform competition, scoring 364.20 points to win the bronze medal at the FINA World Championships in Gwangju, South Korea. In sixth place after two rounds, Schnell moved into third with 82.50 points in round three. With two dives to go, just 2.05 points separated third from fifth. Schnell’s fourth dive went for 70.50 points and dropped her to fifth, but the contest remained close. She closed out her list with 76.80 points on an inward 3 ½ tuck. It was enough, by four points, to earn Schnell the bronze and give the U.S. its first medal in women’s platform in 14 years. Schnell’s performance in South Korea also secured the U.S. a quota spot for the Olympic Games Tokyo 2020.

The U.S. Women’s World Cup Soccer Team won the 2019 FIFA Women’s World Cup in Lyon, France, marking its second consecutive world cup title and fourth total, the most of any nation. Coached by Jill Ellis, the women defeated the Netherlands 2-0 in the finals with goals from Megan Rapinoe and Rose Lavelle. Rapinoe earned Player of the Match honors, as the U.S. became the second team to win consecutive titles after Germany accomplished the feat in 2003 and 2007.

About the Team USA Awards
Each National Governing Body may nominate one female, one male and one team per discipline. An internal nominating committee selects five nominees from both the male and female categories, and three from the team category to advance to the voting round. Votes received from NGB representatives and select members of the media account for 50 percent of the final tally, with the other half determined by online fan voting via TeamUSA.org/Awards.