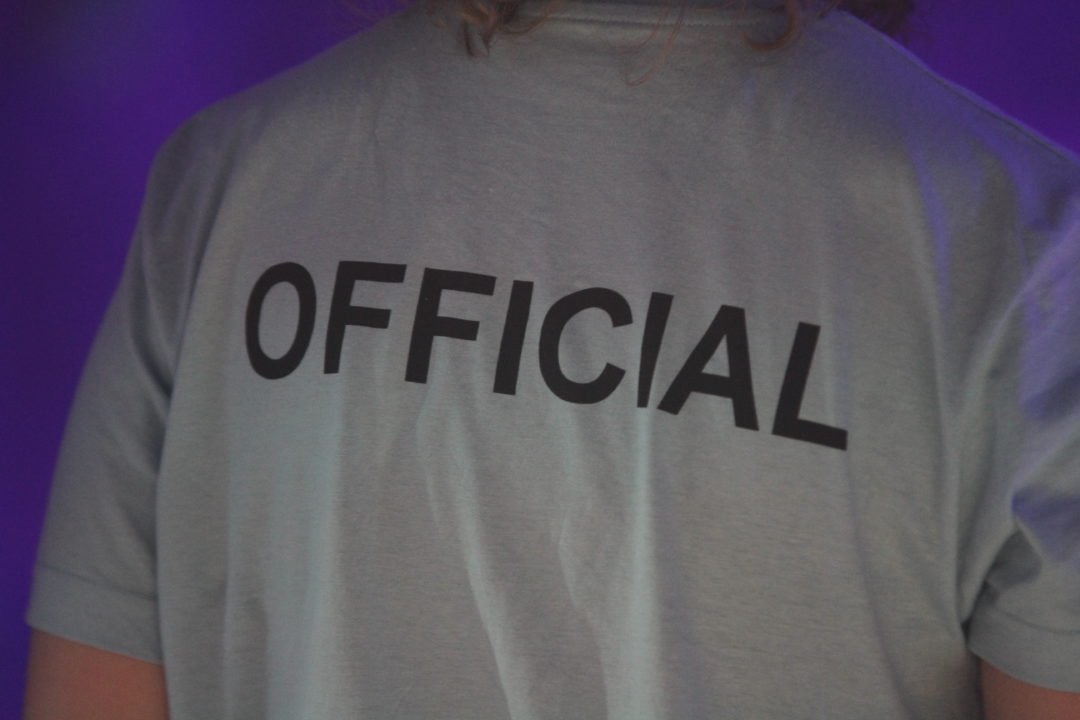 Three swimmers were disqualified in lane 2, and another in lane 3, in the 200 breaststroke and 200 butterfly on Saturday morning. Stock photo via Flemming Vagtborg, Esbjerg Swim Club

There were a rush of disqualifications for stroke infractions in prelims on Saturday at the ACC men’s swimming & diving championships that could impact the final outcome of the meet.

Virginia’s Sam Schilling touched in 1:56.16 in heat 4, lane 2 before being disqualified for multiple dolphin kicks off the last wall.

It appears that all three infractions were called by the same official.

The challenge is not so much disbelief that three swimmers could have committed infractions in breaststroke at a meet of this level. To the contrary: videos of elite breaststroke races reveal that a mere fraction of disqualifiable infractions are called.

This leaves uncertainty for athletes about what is and isn’t allowed. Sports officiating is full of judgement calls, but what athletes usually hope for most is consistency so they know what to expect.

But the official in question can’t really be faulted for calling infractions, if in fact they were seen (we haven’t found any good video yet to confirm or reject them).

This all leads to the need for video judging, above and below water, especially in breaststroke, because the infractions are too hard to call consistently, too easy to get away with, and all-too frequent.

One event later, UNC’s Santos Villalon Centenera was disqualified in the 200 fly for a one-handed touch after a 1:45.93. That’s another swim that would have been a B-final qualifier.

Otto repeated his 200 breaststroke post-session in a time trial, swimming even faster at 1:53.41. That should safely earn him an NCAA Championship invite.

The original official who called the first disqualification also adjudicated the time trial, but this time the hand stayed down.

Apples to oranges, but I feel refs should have “post game” Q&A just like players and coaches have to do.

No reason a ref should have that many DQs in 1 session at this level.

My theory is the first call was made, and that set the standard for the rest of the events for this stroke judge. There was likely multiple infractions of the double fly kick in the 200 breast, but other stroke judges had a different standard in mind. Clarity definitely needs to be made, or at least make sure all stroke judges are on the same page with what to call as a DQ before the start of the meet.

Prior to a meet there is a stroke briefing, but never the official in charge should review or comment on a specific observation of an infraction because it will insert the “seed” what to look for or not. Example if you review a call -dq-breaststroke: “arms not in the same horizontal plane” and a discussion ensues during the briefing then, most likely you will have conditioned all those officials. Indirectly you just created a problem, Human behavior is that all those officials could be looking for that specific call. Humans are funny in their behavior. Thus the briefing only reviews standard stoke processes. In addition, most officials at this level at at the top of their game. IMHO, Breaststroke is… Read more »

Whats the matter? Did your kid get DQd

Naaaa taaaa, I’m a Pack fan, none of them were called today. This is a different official than who called the Pack DQ last night.

It’s not about “dId YoUr KiD GeT DQd” – it’s a matter of, these kids train all year, just to have a power happy ref call more DQs in a single prelim than all others combined this meet.

Agree that there is no reason that a ref should have to DQ that many swimmers in 1 session at this level. Swimmers should know/follow the rules for the strokes by this point.

The problem is that probably half of every breaststroke field that raced did a second “naturally undulated” kick similar to the kicks of the swimmers who got DQ’d. ISL highlighted how prevalent this infraction is, as well as any other meet with an underwater camera. So to these swimmers trying to stay competitive at a high level, they have to try to thread the needle with the rest of the world on this issue of the “natural undulation” that occurs during the pull out. These swimmers definitely did not dive into the race thinking “I hope I get away with this”. That is just how they were trained to swim, because high level swimmers around the world do the same… Read more »

Should know, but still practice one hand touches, and multiple dolphin kicks…follow the rules? Ha!
And I’ve officiated at an international level meet, and there are athletes that have dove in at warmups, and then claim they didn’t know.
It’s all about whether or not they can get away with it. And whether or not the official is tough enough to call a star athlete out , and then have to deal with their coaches.

26
-1
Reply
Azswummer
Reply to  An official too

I totally agree. The envelope is pushed on a constant basis the older swimmers get. I say this as a swimmer, official, coach, and parent. Our job as an official is to observe, not inspect. At this level, these officials should be very experienced. Not to say there aren’t some bad ones, because there are. So hard to judge the “swipe” touches and clearly see pullouts, ect with waves, glare, ect. Really hard if you have multiple lanes to observe. Swimmers are in and off the wall SO fast.

Add video review to breaststroke and IM events, don’t make results official until all swims have been reviewed, and be transparent by making all underwater footage available to the public.

If you think that’s a good start but you’re still itching for more, make all dolphin kicks illegal on breaststroke: Knees aren’t locked during the pullout? DQ.

Okay but also notice it was 2 UVA kids, I know that team is teaching their swimmers to do that because their girls do it as well. Watch out for NCAAs hoos bc your cheating is going to be called OUT

It was 1 VT kid and 1 UVA kid. The other UVA kid was a 1 hand touch. Every single team in the NCAA with elite breaststrokers have swimmers that do it.

Bad habits still develop even if you are an elite swimmer. That’s why we try to teach the 10 yr olds legal turns and finishes!

Old lady in the pink mask. Hope to see her with some glasses as finals tonight

The SEC is “just better” dont you know?

Actually, I believe the phrase is “It just means more.”