Distance Swimmer Greg Reed Coming Into His Own At UGA 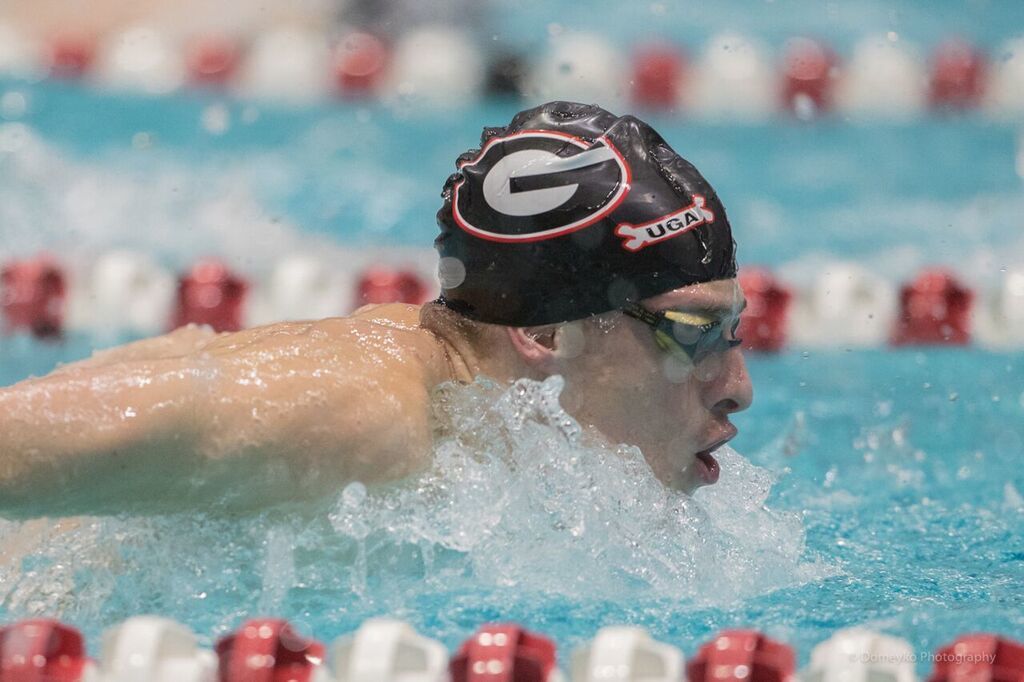 Greg Reed is breaking out this season for Georgia as a distance freestyle swimmer. Archive photo via “Rafael/Domeyko Photography”

Greg Reed is in the midst of a breakout season in only his second year at Georgia. This year, Reed has posted personal best collegiate times in all three collegiate distance freestyle races: the 500 free, 1000 free and the 1650 free.

“I think I’ve worked a lot harder in practices this year, really improved upon my pace times with the 1000 and hopefully the mile as well,” Reed said. “If I’m being honest I wasn’t expecting to go 8:55 in that Harvard meet but it was a really pleasant surprise. It was the fastest I had ever been in my life, dual meets or regular season so I was pretty happy about that.”

With the SEC Championship in Athens and NCAAs quickly approaching, Reed finds himself in a position to not only potentially compete at the biggest meet of the year, but even score there as well.

“At SECs, I’m really hoping I can score at least as many points as I did last year,” Reed said. “I believe I’m currently first in the SEC in the mile (he is). I’m hoping I can stay there or at least top three. So far I’m ranked a lot higher in the 500 than I was last year. So hopefully that will help bring in some more points for the team as well. Hopefully fingers crossed, I’ll make NCAAs with my mile time and hopefully score some points there as well.”

This season, Georgia head coach Jack Bauerle has been working more with the distance freestyle swimmers and Reed in particular.

Bauerle said Reed has reacted positively to changes the coach has suggested regarding his approach to distance events.

“Just trying to have a little bit of a fingerprint with that group too, it’s been a lot of fun,” Bauerle said. “I think the biggest thing is he’s got more consistent. He has a couple great training partners, Kevin Miller, Aaron Apel, certainly the freshman Andrew Abruzzo. Harvey [Humphires] and I talked, I think we changed a few things. I really love training him … He has just done a great job. His expectations have changed dramatically also. All of a sudden, he’s our go-to guy in the distance free.”

Bauerle believes that Reed is only scratching the surface of his potential and can get even better.

“I think he’s going to be better a year from now and better a year from that,” Bauerle said. “He’s not big, but he gets everything out of what he has. But he has a really great feel for the water. His hands go in and they don’t slip, they just, he just knows how to grab water. I’d like to tell you I coached that but I can’t coach that. It’s like having a nice touch with the basketball or having nice footwork in any other sport. Some people, certain things come naturally that help them in their sport.”