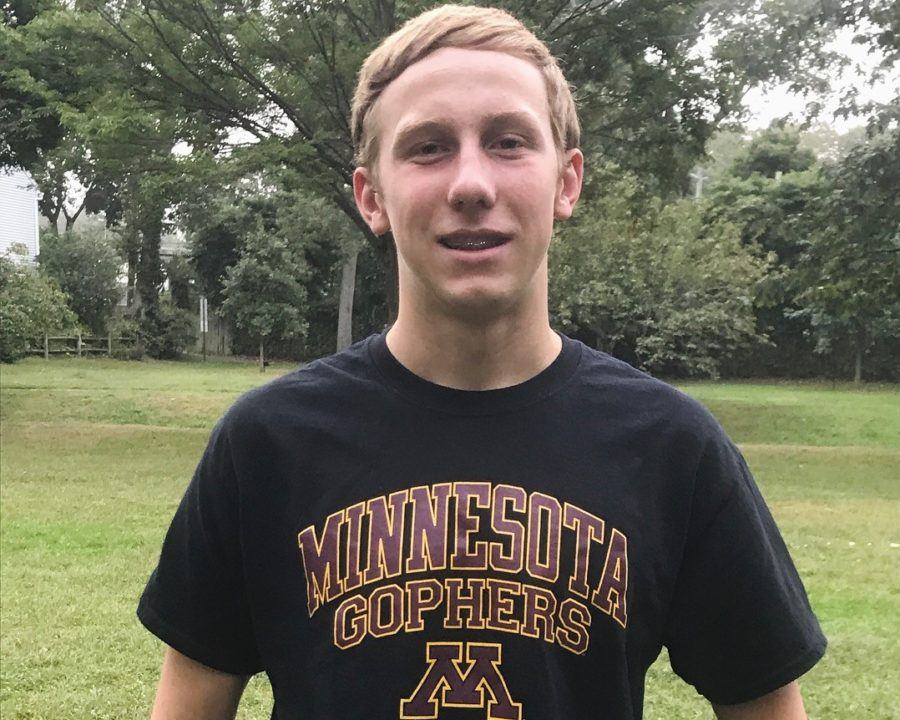 “I am very excited to announce my verbal commitment to swim for the University of Minnesota! Excited to be a Gopher!”

During the long course season, Kapusta updated his times in every event he swam. That includes 200 back and 200 fly (he finished 25th) at NCSA Summer Championship, and 400/1500 free and 400 IM at Speedo Summer Junior Nationals. He placed 9th in the 1500 at NCSAs with a best time that he lowered a week later at Juniors.

Kapusta is just off scoring range in the distance free events for B1G Championships, but he’ll join a group led by Michael Messner and Nicholas Plachinski, Minnesota’s highest remaining scorers after the loss of Logan Redondo to graduation.

I am so proud to announce my verbal commitment to swim for the University of Minnesota! Excited to be a Gopher!〽️ @swimswamnews pic.twitter.com/byeeTxvuoh