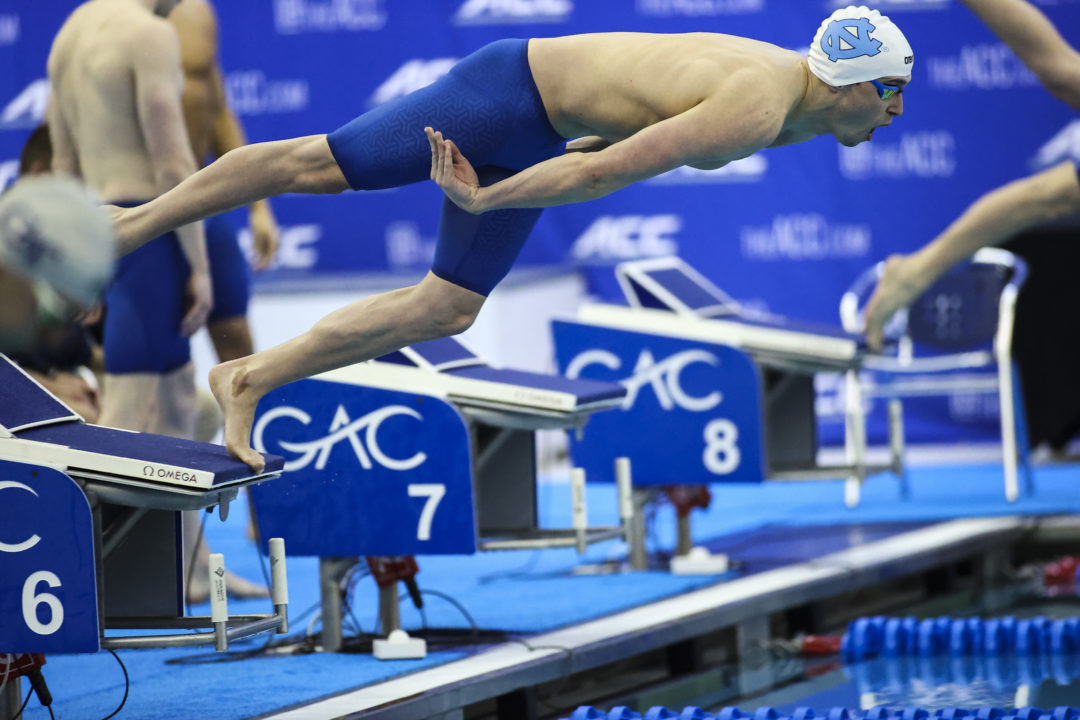 Lund already holds best times in the 500 and 1650 freestyles that are not far off from scoring at the ACC Championships meet. Current photo via ACC

Hunter Lund of the Premier Aquatics Club of Klein has announced that he made his college decision for the fall of 2020, selecting to attend and swim for the University of North Carolina. Lund is from Spring, Texas where he attends Klein Oak High School. In 2019 he was recognized as a USA Swimming Scholastic All-American.

As a sophomore, Lund qualified for the Texas 6A State Championships in the 500 free. There, he took 13th, touching in 4:31.72 during finals.

The Tar Heel men are coming off a season that saw them finish 6th out of 12 teams at the ACC Swimming and Diving Conference Championships. The distance events weren’t a strong point for the team, with only Patrick Hussey scoring points in both the 500 and 1650. Hussey is only a sophomore this season, meaning Lund will have two years of overlap with him when he comes to Chapel Hill next fall.

With his best times, Lund isn’t far off of scoring range at the ACC Championships. He would have been just over a second off of earning a second swim in the 500 last year and his 1650 would have been 11 seconds off of 24th.

Pony Up. Welcome to the family.