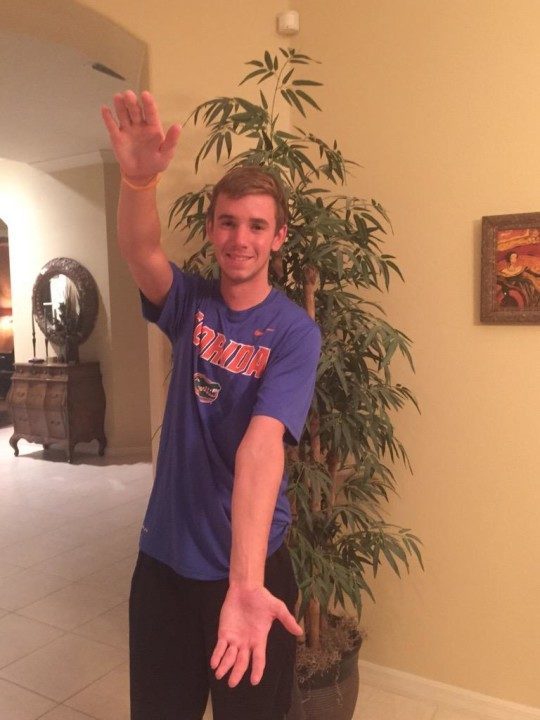 Sarasota YMCA Sharks distance ace Drew Clark has verbally committed to swim for the Florida Gators. The Riverview High School senior specializes in any freestyle event 500 yards and up in the small pool, and he earned a 3rd place finish in the 500 free at last season’s Florida 4A HS State Championships.

The Gators have no shortage of 500 freestylers– they return five to their 2015-16 roster that were under 4:20.00 last year. Nonetheless, Clark looks to be improving with each season, and could very well be near or under that barrier before he lands in Gainesville. What’s most useful to head coach Gregg Troy will be his prowess in the mile, as his 15:07.83 would have been 5th on Florida’s top times list from last season. That time would have also placed 12th in a tough-as-nails SEC, making him the third-fastest Gator in the 1650 at those conference championships. Read below on what spurred Clark to commit to Florida:

I’m decided on UF because I really like the team and really love the coaches. Plus both my parents are alumni so I’ve really been a Gator my whole life.

Congrats Drew! It will be great to train with a large distance group such as Florida. Go in there and show them how tough a “Shark” can be! Good Luck!