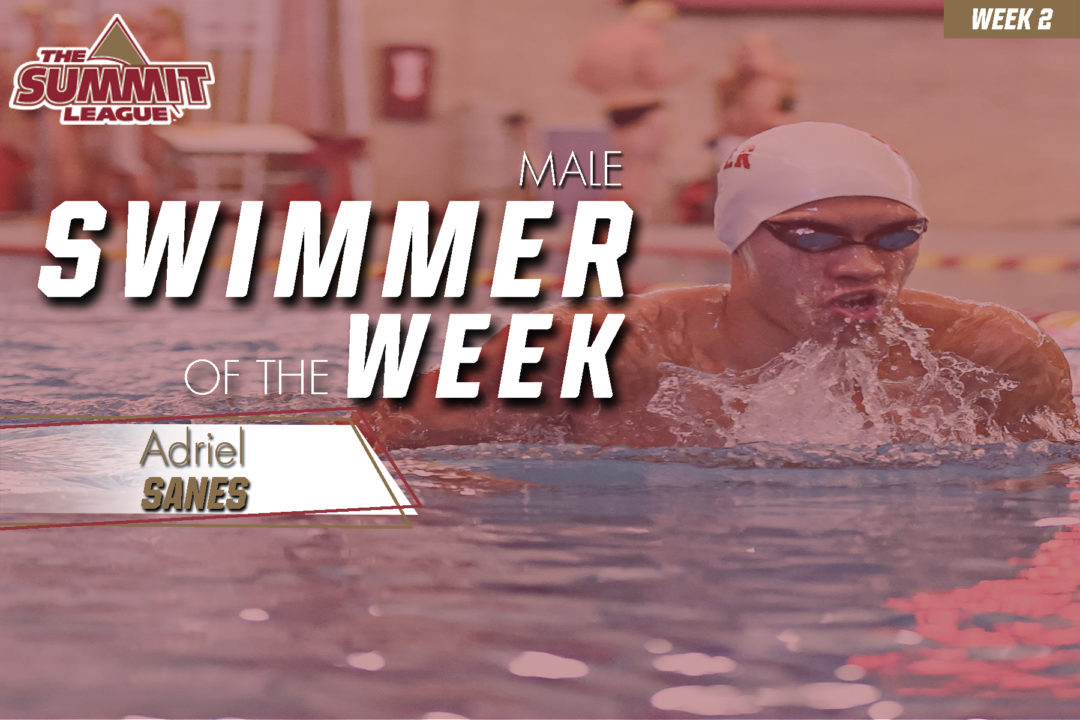 SIOUX FALLS, S.D. – In the second full week of the swimming and diving season, the Denver Pioneers swept the women’s swimming & diving awards with Kylie Cronin and Adriel Sanes. On the diving side, South Dakota’s Seth O’Dea claimed the Male Diver of the Week, while Denver’s Sammy Walker captured the Female Diver of the Week honors.

• This is her first swimmer of the week honor

• Won all four events he swam in a dual vs. Colorado Mesa

• This is his first career diving weekly honor