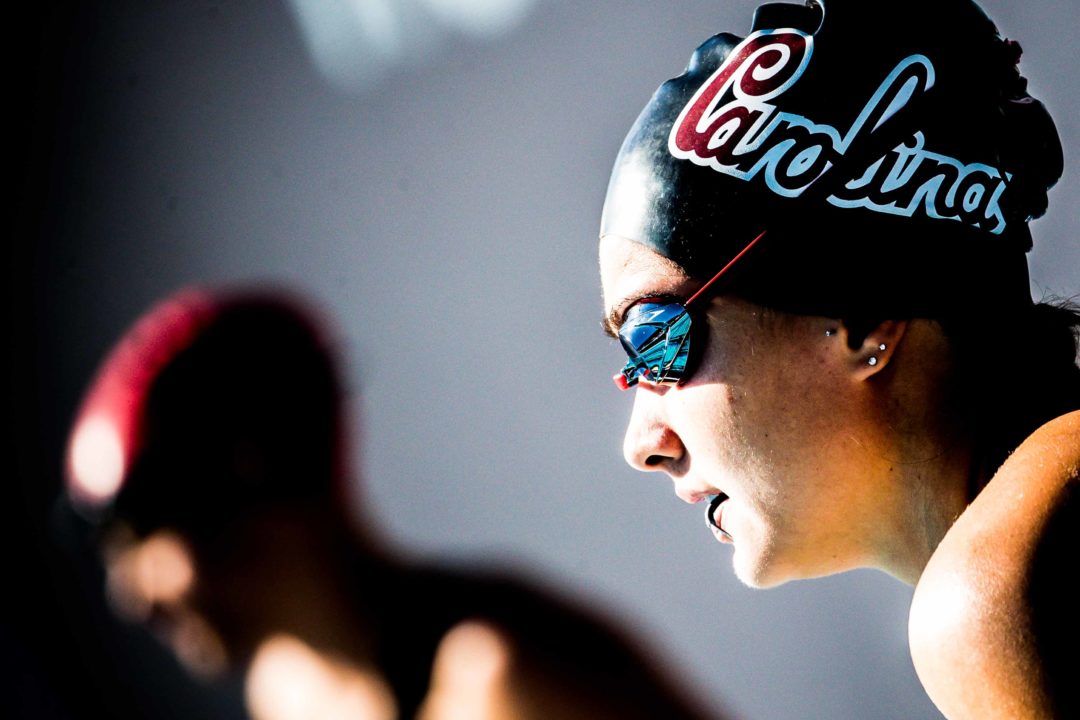 Emma Barksdale (above) was the 2019 SEC Champion in the women's 400 yard IM, while Neale is an Olympic relay silver medalist for Australia. Archive photo via Jack Spitser/Spitser Photography

American swimmer Emma Barksdale and Australian swimmer Leah Neale have been announced as the latest additions to the roster of the DC Trident of the newly-formed International Swimming League (ISL). This brings the Trident up to a roster of 13 women and 14 men – much closer to the gender parity that is a hallmark of the ISL.

Barksdale is a recent alumnus of the collegiate program at the University of South Carolina. In 2019, as a senior, she won her first individual SEC title in the 400 yard IM, setting a school record in 4:01.52. In that same event, she placed 6th at Summer Nationals.

Barksdale has been a little better in short course than long course to this point in her career. She finished 4th in the 200 IM and 6th in the 400 IM at the most recent US National Championships (in long course), including a best time of 2:13.06 in the 200 IM. The meets of the first season of the ISL will be hosted in short course meters, in which Barksdale doesn’t have any official times.

The 24-year old Neale, meanwhile, is an Australian who has been part of the Australian National Team system since 2014. She was a prelims and finals swimmer (leadoff on both) for Australia at the 2016 Olympic Games when they took silver in the 800 free relay.

Her best times in her primary freestyle events are all from 2015-or-earlier, but the upside is there if she can recapture that form.

Both swimmers fill crucial gaps for the sprint-heavy Trident. The team has Katie Ledecky to fill one lane of the 400 free, but didn’t have an obvious choice for the other spot (it was probably going to be Brianna Throssell, who is really better over 100 and 200 meters).

Barksdale fills a couple of holes for the Trident: she is a better 200 breaststroker than Australia’s Leiston Pickett, who is more of a sprinter, and can fill in the 2nd slot in the 400 IM next to Bethany Galat (Siobhan Haughey is a lead candidate for the 200 IM).

Barksdale and Neale are the 2nd and 3rd additions to the team since the World Championships; they also picked up Velimir Stjepanovic from Serbia earlier this month.

Made the same error! Leah and not Lia.

I still struggle to see how this league makes it and I personally have very little interest but I may be an outlier in all of this. I would much rather pay attention to the major meets.

Can we get a head to head race in the 100 free between Lia Neal and Leah Neale?

How do the contracts at the ISL work? When they sign to they get a guaranteed salary amount? Can swimmers be cut at coach’s discretion during the season like NFL players?

I really wanted both Leah/Lia Neale/Neal to be on the same team!

Gibson is a flyer..