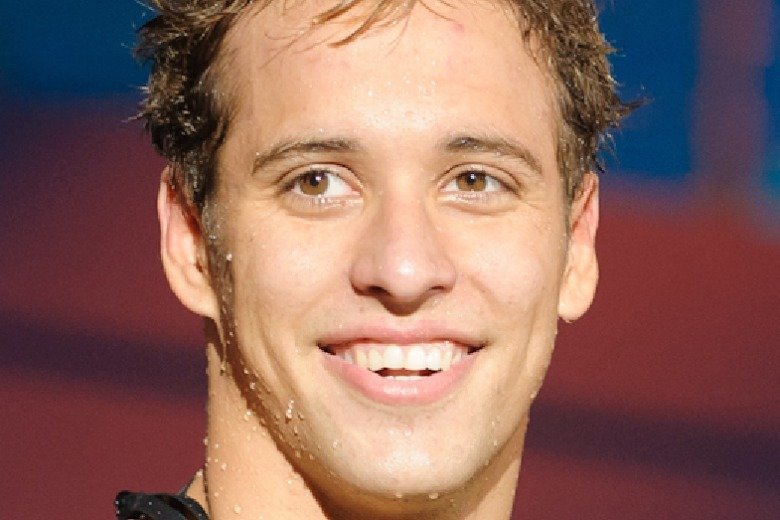 With an injection of enthusiasm from some new participants, the regular guard of this year’s World Cup Series looked rejuvenated on the first leg of the Asian Cluster, beginning Tuesday evening in Singapore.

Despite that swim being faster than any that Belmonte had done in the Middle East cluster, it was far from her World Record in Berlin or Boyle’s World Cup Record from way back in Eindhoven. Boyle skipped the series’ second cluster.

Australia’s Thomas Fraser-Holmes, swimming his first World Cup since Sydney in 2008 (and his first as an ‘elite’), won the first men’s event of the day, with a sizable victory in the men’s 400 IM.

He swam a 4:01.98, which destroys a rather meaningless lifetime best for him by six seconds, including really pushing away through the middle two legs. Fraser-Holmes is becoming one of the more well-balanced IM’ers in the world: he beat Pawel Korzeniowski (4:06.78), a great butterflier, on the butterfly leg of this race, in addition to every other one.

Vlad Morozov is neither the World Cup nor the World Record holder in the 100 short course meters freestyle, but he continues to flirt with the latter. He has been under 46 seconds at every stop of this year’s circuit, including Tuesday’s win in 45.67. The only of the six series where he’s been better than that, ironically, is the opening Eindhoven stop, where Australian James Magnussen walked away with the victory anyway.

In maybe a somewhat surprising turn, Australian Emma McKeon knocked off Katinka Hosszu in the women’s 200 free 1:52.40-1:52.63 in both swimmers’ first shot at this leg of the cup. That’s not surprising in-so-much as Hosszu is unbeatable in this 200 free, but that she looked to be swimming as well as we’ve seen her since Europe, and she still got beat on the last 50 meters.

The swimming community’s best-kept secret, the engine that is Roland Schoeman’s 50 short course breaststroke, rolled to another victory on Tuesday. He swam a 25.68 to keep his perfect streak in the event at this year’s World Cup alive.

He’s one of only four swimmers with perfect runs at this year’s series coming out of the first day of this meet, along with Katinka Hosszu, Chad le Clos, and Daryna Zevina: pretty rare company.

Even more impressive is that he topped Australia’s Christian Sprenger (26.24), the defending World Championship silver medalist, for this win.

Jamaica’s Alia Atkinson continued to be on a roll, and though breaststroke competition at this series usually picks up into the Asian stops, we didn’t see that yet in Singapore. Atkinson won handily in 1:03.48. That marks her 4th win in the meet’s 6 stops so far, as she inches up on Mireia Belmonte for second-place in the overall series standings.

After maybe a bit of a surprise in the 200 free, Katinka Hosszu was able to fight back in the 100 fly and beat her stiffest 100 fly competition yet: Australia’s Alicia Coutts and Sweden’s Sarah Sjostrom. Those two took 2nd and 1st, respectively, at this summer’s World Championships

American Eugene Godsoe picked up his first win of this year’s World Cup, taking the 100 backstroke in 50.21. He took the place of country mate Tom Shields, who had won the previous two stops of this meet, and bettered Australia’s Bobby Hurley and his 50.30.

Hurley is in a great position, sitting 4th currently in the overall World Cup standings. With #3 Kenneth To sitting out the last three legs, and #5 Tom Shields skipping at least the Singapore stop, Hurley is squarely on the precipice of getting a big, series check for his effort.

3rd-place in this race went to Australia’s Mitch Larkin in 50.82, before Brazil’s Guilherme Guido pipped in for 4th in 51.20.

In the grander scheme, neither time was all that impressive, but it was a nice little spark of energy from two swimmers who needed it. For Simmonds, that’s a lifetime best and a new English Record – clearing her previous top mark that dated all the way back to the 2008 European Short Course Championships. She’s not generally known for her speed in the 50, but after missing out on the Worlds team, maybe her new-found speed is a positive sign for the future.

See the video here.
More details about the record here.

He swam a 1:48.56 to demolish his old record of 1:49.04, set at this year’s first stop in Eindhoven. Le Clos now holds the three fastest times in history in this event, before his run is stopped by the old World Record holder Kaio Almeida of Brazil.

Poland’s Pawel Korzeniowski was a mile back, taking second in 1:53.59. To be specific, that left him about 8 meters back when Le Clos finished, or well-beyond the flags.

For the first time on the day, swimming one of her true primary events, the Hungarian Hosszu rolled away with the women’s 200 IM title in 29.35. She held off Australia’s Seebohm on the backstroke leg (they about equally split) and blew by the early leader Coutts on that leg as well, and with a breaststroke leg that is among the best for the non-breaststrokers in the world, pulled away on the back half of this race.

The oddly-versatile Bobby Hurley made another leap forward in the overall standings by winning the men’s 400 free in 3:38.68, beating country mate Thomas Fraser-Holmes who took 2nd in 3:38.92. Fraser-Holmes, in long course, is one of the best that Australia has to offer, but Hurley’s experience at the World Cup showed in this race.

The women’s 50 free was a monster-of-a-race, but it was the world’s hottest sprinter Cate Campbell who came away with victory in a 23.85 for the win. She was a hair faster in prelims at 23.73, but in either rate now ranks 2nd-best in the world this year behind only Ranomi Kromowidjojo.

Cate’s younger sister Bronte Campbell took 2nd in 24.30, officially making them the fastest swimmers in the world right now (if not ever), and Britain’s top sprinter Fran Halsall took 3rd in 24.37.

Hungary’s Daniel Gyurta dominated the field with little competition in the 200 breaststroke, winning in 2:02.62. That’s his first victory on the circuit since the European tour, as Gyurta sat out the Russian/Middle Eastern cluster.

Vlad Morozov picked up his 2nd win of the day in the men’s 100 IM, though without To, it’s a race that has lost some luster here in Singapore.

Now, it looks like the battle we’ll see is Bovell vs. Morozov, and the Russian took the first win despite giving up about 6 inches. Morozov’s time was 51.36, followed by Bovell in 51.75, as both continue to flirt with Sergey Fesikov’s 2009 World Cup Record and Ryan Lochte’s 2012 World Record in the event.

Like Hosszu, Le Clos, and Schoeman before her, Ukraine’s Daryna Zevina kept her perfect streak alive in the women’s 200 backstroke, posting a 2:02.32 for the win. That time is a bit off of where she’s been at much of this meet, but she’s headed into a big championship season that will include the Duel in the Pool and likely the European Short Course Championships. That means that she’s probably biding her training carefully, and doing enough to win at these meets as she continues to go largely unchallenged.

Chad le Clos picked up his second win of the day, winning the 50 fly over some tough competition in 22.24.

In fact, he made that win look relatively easy, given that he beat his country mate Roland Schoeman (22.62) who is the world leader this year, and Brazil’s 50-fly-specialist Nicholas Santos (22.63).

Godsoe, who took silver in the long course version of this race at Worlds, was 4th here in 22.94.

In both prelims and finals, the Australians knocked half-a-second off of the old French World Record in this mixed 200 medley relay. The group of Hurley, Sprenger, Coutts, and Campbell were first a 1:39.08 in the heats, and then a 1:38.02 in the finals to really dominate the cause.