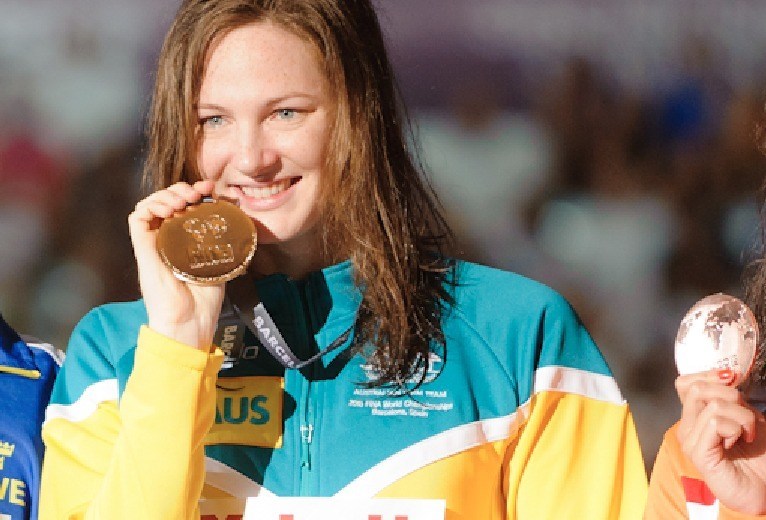 The Australians, in Singapore, have finally broken through the unofficial barrier of “fastest ever,” to bring the recently-approved World Record in the 200 short course mixed medley relay down to a 1:38.02. That jumps France’s 1:38.74 from the 2012 European Short Course Championships, which as far as we know previously held the record.

Bobby Hurley, Christian Sprenger, Alicia Coutts, and Cate Campbell were first a 1:39.0 in prelims to break the official World Record, and they then knocked another second off in finals to break the understood World Record (both were held by the French with very similar relays).

Though this new mark could go down again later this year in Denmark at the World Short Course Championships, the time is now at a spot where there’s no guarantee of that. This Singapore World Cup stop is not a big taper meet, but the Australians did assemble a relay of three swimmers who are among the top 2-or-3 in the world in their respective stroke sprints, and a 4th who is a true World Cup veteran (Hurley).

This is to say – their record is still very beatable. Even that same quartet, if they swam this meet at say the World Short Course Championships in 2014, could be better. But we’re now past the point where we’re going to see this record broken at every World Cup.

Australia had not yet publicly acknowledged a National Record in the event, but in either regard, this one would now hold that title.