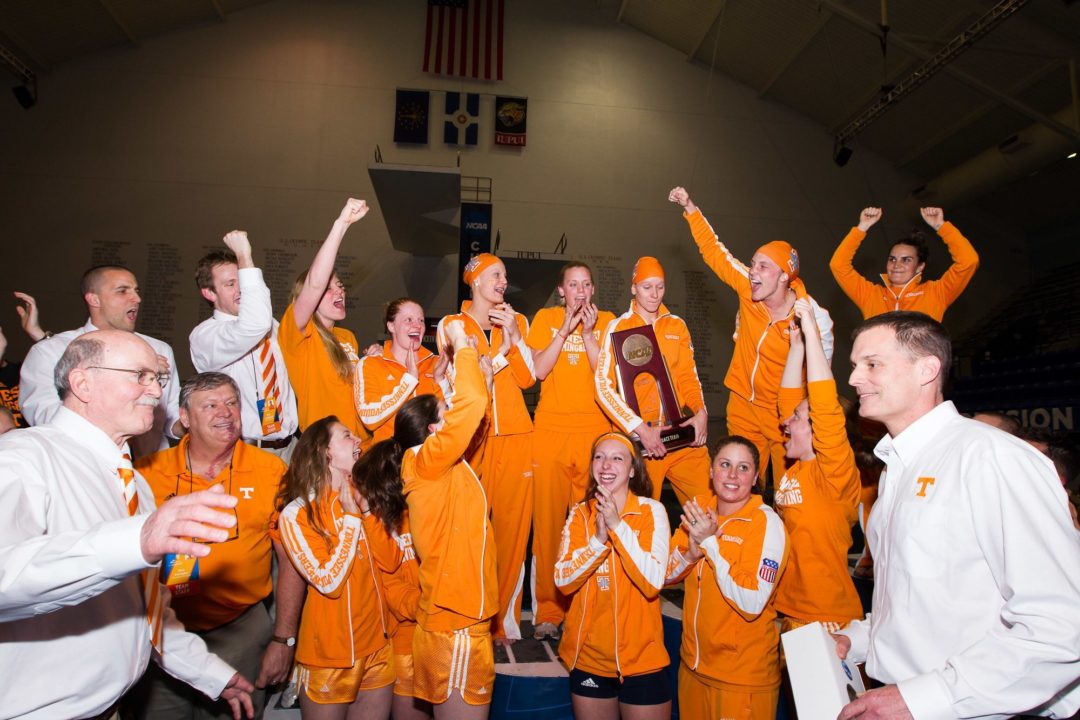 The Tennessee women have added a fast-dropping backstroke commit to their class of 2014. Archive photo via Tim Binning/TheSwimPictures.com

Backstroker Micah Bohon has verbally committed to swim at Tennessee, she announced via Twitter over the weekend.

Bohon was the runner-up at this year’s South Carolina High School League 4A State Championship meet with a 55.18 in the 100 yard backstroke. That swim, despite coming in after the very short South Carolina high school season, sets her up for a gigantic senior year. As compared to her previous lifetime best in the race (done at the 2012 edition of the same meet), that time dropped 1.7 seconds. That’s a huge drop for a female swimmer this early into her senior year of high school.

She also split a 29.9 on the breaststroke leg of Ashley Ridge’s 200 medley relay.

Tennessee’s backstroke group surprised last year (and this) with how well they performed after Jenny Connolly’s graduation, and Bohon will make for a very good overlapping piece in that group. If we see her have a good taper meet some time in the spring, don’t be surprised if she gets that 100 back well down into the mid-54’s, in addition to a 200 yard back somewhere right around 2:00 (her current best is 2:04.73).

Ashley’s older brother Elijah is currently a sophomore on the College of Charleston men’s team.