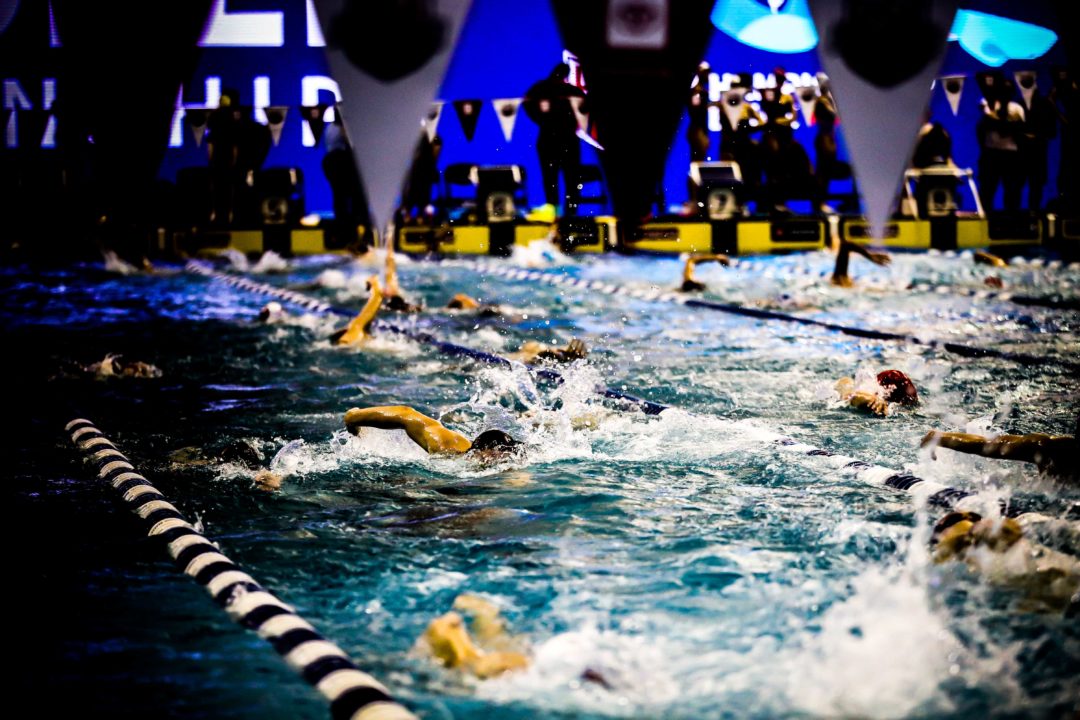 The Davis Senior High School varsity girls put on a dominant display at the 2022 CIF Sac-Joaquin Section Championships in Lodi, Calif., sweeping the relays in record-breaking fashion while having two swimmers win a pair of events individually.

For the boys, Jesuit High School topped the varsity standings with a ton of depth and two victories from senior Henry Adamson.

The meet featured a number of athletes from DART Swimming.

Leading the Davis Senior effort for the girls was senior Audrey Portello and junior Sarah Bennetts, who both swept their individual events.

Bennetts established a PB of 50.23 in the 100 free prelims before winning the final in 50.67, and she also earned the victory in the 100 breast in 1:02.18. Those swims seed her seventh and fifth heading into the state meet.

Other standouts for Davis Senior were seniors Charlotte Rosendale and Sanne Dequine, who picked up one win and one runner-up finish apiece.

Rosendale produced a time of 22.72 in the 50 free prelims, narrowly missing the Section Record of 22.68 held by Amalie Fackenthal, before touching first in the final in 22.83. Rosendale, an Alabama commit, also took second in the 100 free (51.68, 50.62 prelims) behind teammate Bennetts.

Another top performer was Gretchen High School’s Jada Duncan, who claimed the 100 back in a best time of 53.88 and placed second to Rosendale in the 50 free (22.99).

Granite Bay’s Hayden Ghufran, Davis Senior’s Tate Cutler and Jesuit’s Adamson, all seniors, were the multi-event winners on the boys’ side.

Ghufran, who is committed to Arizona, is seeded second behind Rex Maurer in the 200 free for the state championships, while he sits third behind Maurer and Matthew Chai in the 500 free.

Ghufran showed off his range by anchoring Granite Bay to victory in the 200 free relay with a blistering 19.92 split.

Davis High and DART swimmer Harry Ross won the 100 free and took 3rd in the 50 Free.
Harry was also a member of the winning 4 x100 free relay and the second place 200 medley relay.