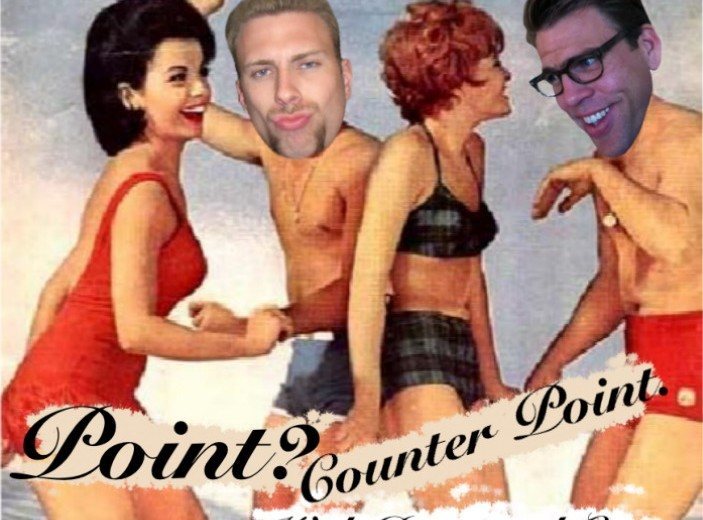 This week Dave and Gary interview a North Korean swimmer, Rodney (via satellite), who recently made the Olympic Team in the 400 I.M.

Gary: Today we’ve got a very special guest joining us. I have the honor of presenting, via satellite, 여야 모두 치열한 공천 경쟁을 벌 from North Korea, with us to talk about the state of sport with North Korea Swimming.

David: Can I call you Rodney?

David:  So, eh, it’s great to have you join us.  What time is it over there right now?

Gary:  Aren’t we all. I just want to start by saying that I’m a big fan, I really admire the way you handled that pantywaist, 입건된국회의원 당선자, in the 400 IM at your recent Olympic Trial qualification meet. You managed to pull it out and show everyone via closed circuit, state run television programming just how it’s done. With North Korean authority! Tell me, comrade, what is the secret to your training?

David:  You can say that again, lots of times I go through an entire day without an independent thought of my own.

Dave: Give him a break Gary, the man’s on cloud nine.

(Turns to talk to Rodney’s Display)

A big congratulations to you on making the team! And, I understand that you just inked a deal with Thunder Muscle, an energy beverage that is outlawed in 112 countries. Congratulations again!

Gary: He’s beaming! It looks like he just won KENO.

Gary: Rodney, I saw that there were 32,118 swimmers competing at this year’s Olympic Trials in North Korea and that every single one of them swam the 400 IM. No other events were even contested. Why is that?

David: Did he just say that they were going to launch a missile?

Gary: Yeah. In the toilet! That’s hilarious, Rod! You’re funnier than Cromster over here! I should be writing this column with you instead.

Gary: Send him to Human Resources then. If this doppelgänger of mine launches a nuclear strike, it’s going to hit Seattle, IF it hits anything at all. Seattle is the closest inhabited place in the United States to North Korea. Alaska would be a waste of a perfectly good nuke.

Wow! As I’ve lived in (South) Korea for the last 10 years, I sure got excited when I read the title of this article….. Then I just busted up reading it. Classic! Now off to the 포장마차
!!!

Get rid of this. Pointless nonsense. Put an Ice T video in place of it.