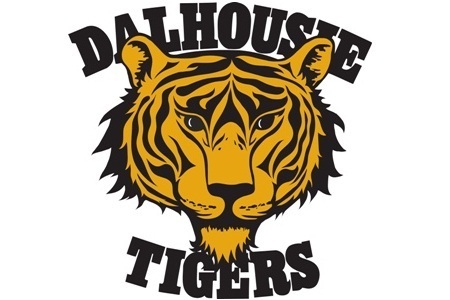 The men put up 394 points on their way to a victory over Acadia University. Acadia was second with 257 points ahead of Memorial University. With that win, the Tiger men solidified their 17th straight AUS Championship victory. Current photo via CIS

The Dalhousie men and women took home big wins at the AUS conference championships hosted by the Dal Tigers, showing just how prepared they are as they gear up for the CIS Championships which begin February 19th.

The men put up 394 points on their way to a victory over Acadia University. Acadia was second with 257 points ahead of Memorial University. With that win, the Tiger men solidified their 17th straight AUS Championship victory.

The women were in a similar boat, beating Acadia and claiming their 14th straight conference title. Their overall point total was greater than that of the men, racking up a total of 466 points to Acadia’s 212. The University of New Brunswick managed to slide in for third with 149 points.

Although Acadia wasn’t able to top Dal for the title, their star swimmer Rebecca MacPherson was named the female swimmer of the meet for her efforts. She took home a total of four individual gold medals. MacPherson was also named the rookie of the meet.

On the men’s side, Acadia was able to produce the swimmer of the meet as well. Luc Boudreau, whose breaststroke strength is known across the CIS, was able to take home three individual wins which made him a prime candidate for the award. It was Owen Daly from Memorial University who grabbed the rookie of the meet award for his three golds which included tying one AUS record.

Rebecca MacPherson undoubtedly had one of the biggest presences at the competition. She won the 200m freestyle in 2:01.46 which was her first race, and then went on to demonstrate talents in the backstroke. She took the title in the 100m backstroke with a 1:02.65, swimming almost an identical time to that in the prelim heats. Her teammate, Laura Beck, was able to swing in for the silver medal to make it a 1-2 finish for Acadia with a 103.56.

MacPherson continued her backstroke success, dropping a 2:13.27 in the 200m backstroke to take the win, and close in slightly on Phoebe Lenderyou’s AUS record of 2:11.38. MacPherson added one more win, which was a 57.07 in the 100m freestyle. She was the only swimmer to win an event who did not represent Dalhousie University.

As for Dal swimmers, Phoebe Lenderyou was the star of the show, taking home more wins than MacPherson and breaking a few records. Her first win was the 50m backstroke where she was already very fast in prelims sporting a 28.48. That time broke her own 50m backstroke AUS record of 28.67 that she set this year. In finals, she was just off her prelim mark going a 28.51.

The 100m fly was next on the list for Lenderyou and once again she came first, and won in AUS record fashion. Displaying a wide range of talents that span multiple events, Lenderyou went a 1:00.21 to better her AUS record that she set in prelims. The previous record was a 1:01.78 set by Melissa Hubley 13 years ago in 2002. Lenderyou was so dominant in the 100m fly that she won by over four full seconds.

Her butterfly strength transferred over to the 50 where she was just shy of her own AUS record of 27.39. Falling short of that mark, Lenderyou was a 27.53 to win the event by over a second.

In her final individual event of the meet, Lenderyou put up what can arguably be described as the swim of the meet based on its significance to AUS swimming. In prelims, she once again downed an AUS record, but not just any AUS record. Lenderyou was a 2:16.89 to take down the 2:17.03 record set by Iona Allen all the way back in 1994. In finals, she bettered her new record with a 2:15.91 to cap off an amazing meet of individual performances.

Three more Dal swimmers were able to come up with multiple wins, the most coming from breaststroker Paige Crowell who grabbed three big wins en route to a breaststroke sweep. She was a 33.57 in the 50, a 1:12.21 in the 100, and a 2:35.80 in the 200 to pickup wins in each breaststroke event. Behind her in every race was fellow Dal teammate Keishia Mills who helped add to the already high point total Dal was putting up.

Rachel Shin was another Dal swimmer who swam very well, and even came home with an AUS record to round out the competition. Shin was the winner of the 400m IM, and took the top seed in prelims with her time of 4:48.61. That time bettered one of the oldest AUS records of 4:50.25 set by Iona Allen back in 1993. That was one of two Iona Allen records to fall at the meet. Katie Webster and Katie Lamont made it a 1-2-3 finish for Dal. Shin went on to win the 200m fly as well in 2:17.13.

Lucy MacLeod was the final event winner for Dal, taking home the 50m freestyle crown with a 26.70.

Much like the women the Dal men ran away with the win at these championships, however Acadia was able to keep it a lot closer and that had much to do with the performance of Luc Boudreau. Boudreau was able to claim two breaststroke events, his specialty, and even announce himself as a threat in the medley taking home the gold in the 200m IM. In the 100m breaststroke he was a 1:03.30. The 200m breaststroke is arguably his best event considering his silver medal at the CIS Championships last year; and here he took another big step forward claiming the AUS title with a 2:20.04. One more individual win in the 200m IM with a time of 2:05.99 gave him the title of male swimmer of the meet.

The one thing that eluded Boudreau was an AUS record, and that’s something that Memorial University’s Owen Daly was able to snag. Daly won three events, like Boudreau, claiming gold in the 100 fly, 50 fly, and 50 free. The 50m fly was where he tied the AUS record set by Nate Campbell back in 2010. Daly touched in at 24.69 to tie the record and claim gold showing his dominance of the sprint flys.

Other than those two, there was one more swimmer who wasn’t from Dalhousie who grabbed wins and that was Hayden Adams from Acadia. Adams won the 100mback  in 57.07 and the 200 back in 2:02.20 respectively.

This left three more Dal swimmers with two wins each. Controlling the freestyle events was Dyke Gavin and Kyle Watson. Gavin took home wins in the 100 and 200 freestyles with Watson grabbing the 400 and 1500. Dyke also had a presence in the 400 where he grabbed silver behind Watson. Watson was a 3:57.21, Dyke a 4:02.19. The 1500 however was all about Watson who created a huge lead for himself taking the event in 15:43.58.

With the remaining events it was Tony Liew taking two different splash-and-dash events with 50m backstroke and 50m breaststroke titles. James Profit and Keenan Teghtsoonian went 1-2 in both the 200 and 400m IMs to cap off an incredible meet for Dal.

Just like in the women’s competition Dal swept the relays.

All qualified swimmers in the AUS conference will now turn to the CIS Championships held in Victoria, B.C February 19-21.