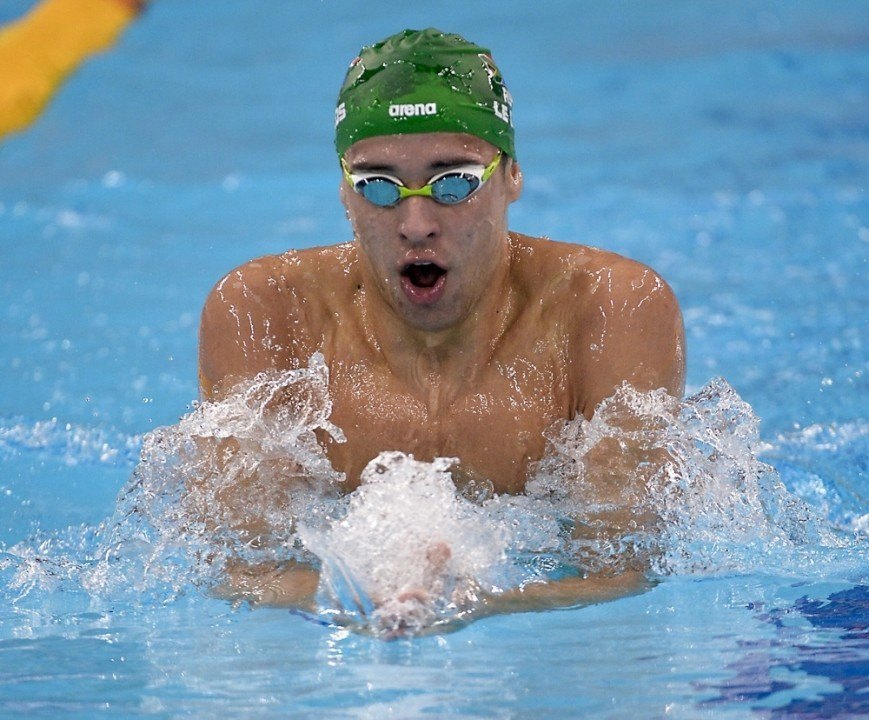 The following is a press release provided by Swimming South Africa

Durban, Thursday, 19th February 2015 – The coastal city of Durban will be hosting the second 2015 South African Swimming Grand Prix from 20th to 22ndFebruary at the Kings Park Aquatics Centre.

As part of Swimming SA’s long-term participant development programme for 2016 and 2020, the event is aimed at providing a high level competition for SA’s senior elite athletes.

The Grand Prix started at the Stellenbosch University Swimming Pool last weekend (13 – 15 February) and makes its final stop in Durban.

Olympic gold medalists Chad le Clos and Cameron van der Burgh will once again be the highlight of the competition.

Andrew, who is in South Africa for three months, competing and visiting family, showed his great talent when he claimed first position three times, came second twice and occupied third place at the Grand Prix in Stellenbosch and will be looking to claim even more in Durban when he competes in nine events (50 and 100m freestyle, 100m backstroke, 50 and 100m butterfly, 50, 100 and 200m breaststroke and the 50m backstroke).

The SA Swimming Grand Prix will also see Paralympian Kevin Paul, Charl Bouwer and Craig Groenewald take to the water. Paul will race in the 50, 100 and 200m breaststroke as well as the 200m individual medley, while Bouwer is entered in the 50 and 100m freestyle, 50m butterfly and the 100m backstroke, with Groenewald competing in an impressive eight events (50, 100, 200 and 400m freestyle, the 200m individual medley, the 100m backstroke, the 50m butterfly and the 100m breaststroke).

The SA Swimming Grand Prix begins on Friday, 20th February with a 17h00 heats session, while the finals of the competition will be held on Saturday and Sunday at 10h00.