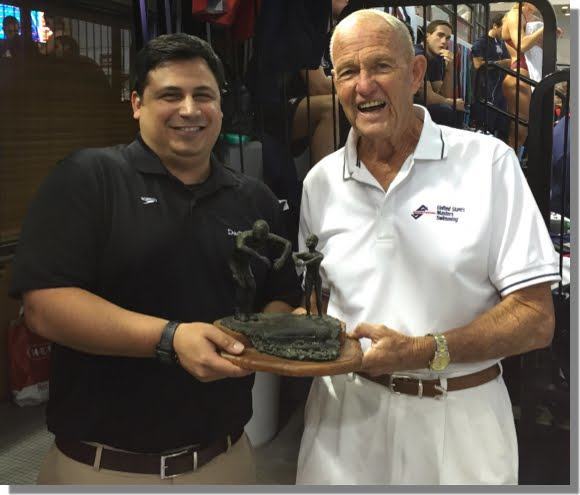 The Dad’s Club Swim Team in Houston, Texas has been honored as the inaugural recipients of the “Wally Pryor Distinguished Team Award,” and will be permanently memorialized in the Texas Swimming & Diving Hall of Fame at the Lee & Joe Jamail Texas Swim Center in Austin.

The award is designed to honor the great clubs in the state’s history, and the Dad’s Club has fit that bill for almost 70 years. A different team will be honored by the TSDHOF every year, and the trophy will rotate to the year’s honoree.

Under the leadership of current head coach Rey Aguilar, the program continues to thrive in Western Houston, and will send at least three swimmers to NCAA Division I programs next fall. That includes Alexandra Buscher, who will swim for Texas A&M.

sweet that’s right down the road from me, I know ray. way to go dads club.