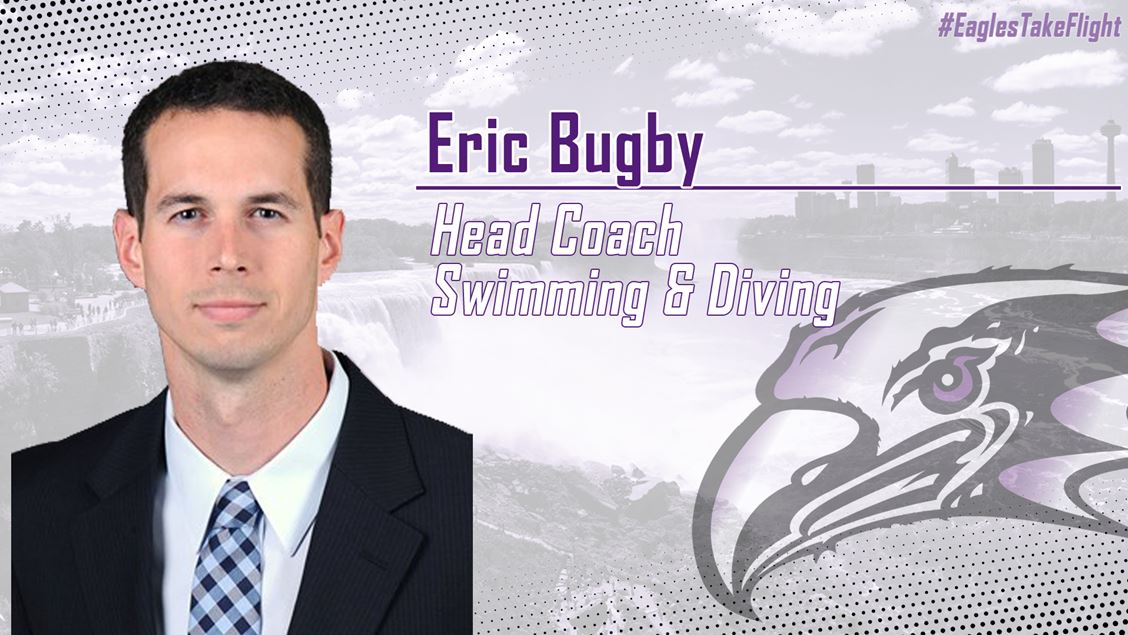 After 6 weeks without any swimming coaches on staff, Nigara University has announced the hiring of its new head coach Eric Bugby Current photo via Niagara Athletics

Niagara University has announced the hiring of Eric Bugby as the new head coach of the men’s and women’s swimming and diving teams. Josh Larcom is still listed as the program’s head diving coach, while it will be up to Bugby to hire the school’s “first full-time assistant coach.”

“Eric emerged as the lead candidate for our head coaching position because of his extensive experience in developing student-athletes,” said Niagara director of athletics Simon Gray. “In addition to training top-level student-athletes, Eric will be focused on providing an elite-level experience for all members of our programs. One of Eric’s first tasks will be hiring our first full-time assistant coach whose priorities also align with our University mission.”

Gray’s comments reflect upon the departure of the program’s previous head coach, Ben Nigro, who left the program in early October after 3 current or former members of the women’s swimming & diving team sued the school, saying that they were sexually harassed by members of the school’s men’s team, and that Nigro didn’t properly address the issue.

Niagara, which has been without a listed head coach for that period, has swum 5 men’s dual meets in that period, losing 4 and winning 1, against Youngstown State. The women’s team has lost all 6 dual meets they’ve raced since Nigro left the program. Both teams’ schedules shows no more meets until a diving invite in mid-January, followed by 2 more dual meets before the MAAC Championships from February 12th-15th.

The 47-year old Nigro had been the head coach of the men’s and women’s swimming teams at Niagara for 13 seasons. While one diver is among the 3 women who filed the lawsuit, Larcom was not named in the case.

Bugby comes to the program from Lehigh University, where he was the associate head coach for men’s and women’s swimming and diving. In 2018, Lehigh head coach Rob Herb was named the Patriot League Women’s Coach of the Year after the team earned 5 NCAA “B” qualifying times. In Bugby’s 2+ seasons at Lehigh, the men’s and women’s teams combined to break 32 school records. Bugby was the only paid swimming assistant coach on staff – they still have 2 graduate assistants, a student coach, a diving coach, and a strength and conditioning coach.

I wish the new coach and team a successful remainder of the season and a future bright with hope.
Question:
Why did Ben Nero have to coach both men and women’s teams for 13 years without an assistant coach ?

Impossible task. The AD failed to address what should have been an easy call !
He expected the head coach to be responsible for recruiting under present day NCAA rules, coaching both the men and women’s teams and being able to address other needs of his athletes ? Many of the athletes that were and are on the present team
were very fortunate to receive scholarships at the NCAA Division I level.

The only reason they’ve got swimming is to have enough sports to be D1. If they cared anymore they’d have done a reference check on this guy.

Hopefully he stays more than 2 years unlike everywhere else hes been.