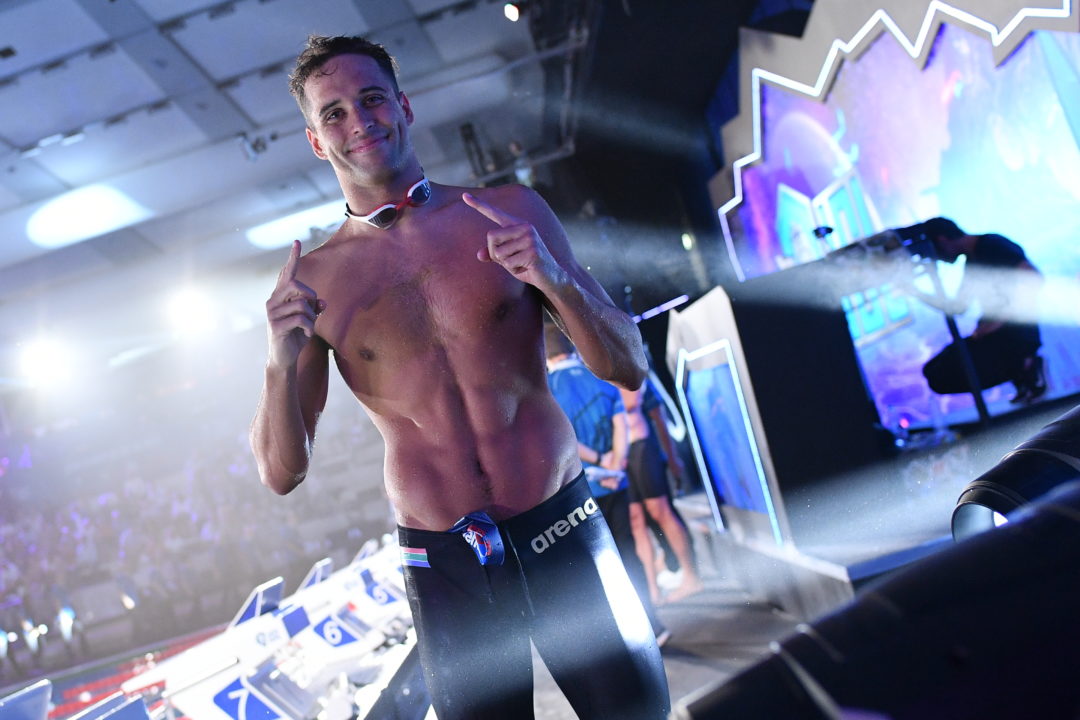 With a $5,000 MVP title, Le Clos becomes one of just six athletes this season to earn five figures in a single ISL meet. Le Clos made $12,200 overall, leading Vladimir Morozov ($10,200) and Sjostrom ($9,300) for the Euro Derby. In total, only Sjostrom, Dressel, Morozov, le Clos, Katinka Hosszu, Beryl Gastaldello and Kyle Chalmers have cracked $10,000 in a meet this season. Sjostrom, Morozov and Dressel have done it twice apiece.

Sjostrom retook the series money lead from Dressel. She’s now won $40,700 this season, compared to Dressel’s $38,200. That battle is likely to come down to who can win their respective skins race in the ISL finale next month.

Of the swimmers on the below list, athletes on the bottom four teams (New York Breakers, DC Trident, Aqua Centurions and Iron) have capped their ISL season earnings. Athletes on the four league finale teams (Energy Standard, London, Cali Condors and LA Current) will earn more money at the finale and will also earn bonuses for how many meets they attended this season, as well as other bonuses based on their team finish in Las Vegas:

If we are talking about ISL members earnings then along with the prize money will be interesting to know what swimmers got from contracts. Is it public information? Also about swimmers-managers like Pellegrini and Hosszu. Do they have extra money for the management positions? Or they don’t do managerial job actually. If managers are paid does their bonus depend on the team earnings. Looks logical if they get some percentage of what team made.