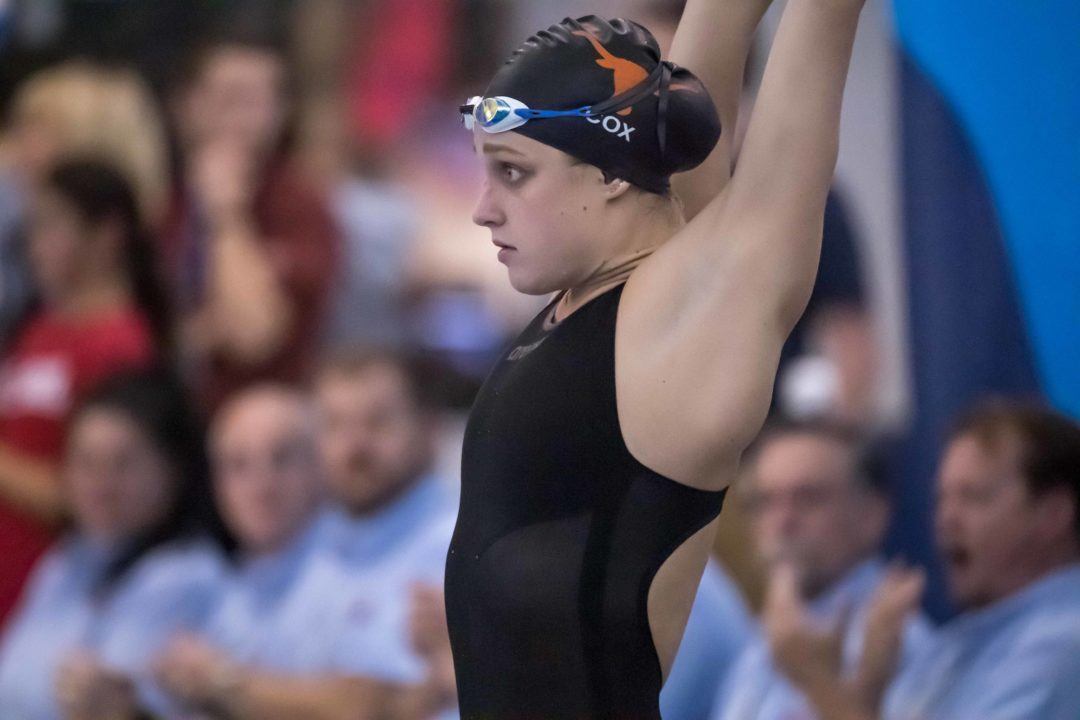 5th-seeded Madisyn Cox (women’s 400 free) is the top scratch out of tonight’s finals session at the Greensboro Pro Swim Series.

Cox was 5th this morning in prelims, and would have been a medal contender tonight. It appears Cox has given up the 400 free to focus on the 100 breast, where she was third this morning and has a chance to win the event. She was about a half-second behind leader Molly Hannis this morning.

Kathleen Baker scratched out of that 100 breast – she was 10th in prelims and would have swum the B final. Baker is also slated to swim the 100 free, where she’s an A finalist after taking 8th this morning.

One notable non-scratch: Luca Urlando will again take on a brutal 200 fly/400 free double. Urlando is the top 200 fly qualifier and sits fourth in the 400 free. Meet timelines suggest he should have less than 26 minutes between those two events: the 200 fly final is scheduled for 6:45 PM (local time) and the 400 free final for 7:11 PM.

You can see full finals heat sheets for tonight here.

Full scratches from A & B finals tonight:

Milak has been doing some mean doubles with 4free so Luca can do them!

I do not know if any swimmers would want to do this, but it should be possible to scratch down from an A or B final to a C final. This would allow a swimmer to focus on one event, and then as an afterthought swim another in a C final.

JIM C final 😀 “A” final may pay money. I remember interview with Luka after race where he won . The question was if he excited to win against big names. The answer was that he is excited to win $1500.