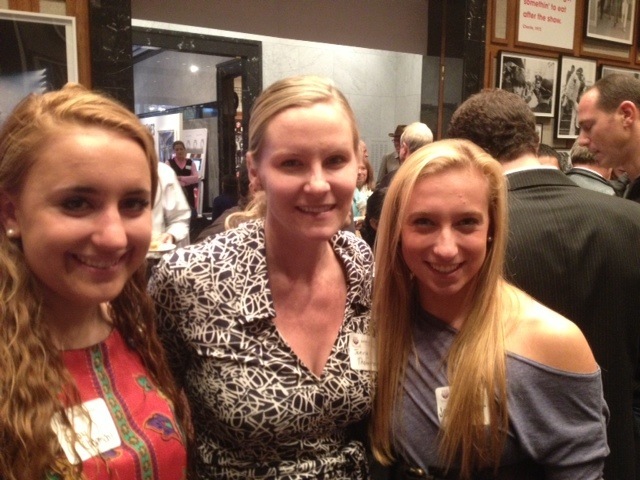 Donate to the GoFundMe page to raise money for Jenny Thompson and her co-workers to have protective gear as they treat COVID-19 patients in South Carolina. Current photo via GMM

12-time Olympic medalist Jenny Thompson, an American superstar who was a fixture on swimming podiums in the 1990s and early 2000s, has become an anesthesiologist since hanging up her suit for good, and currently, her and her co-workers are at the forefront of the fight against COVID-19.

Amid the global pandemic, Thompson and her colleagues are working on the front lines with infected patients in South Carolina. As critical care doctors trained in the last week, they are in need of protective gear and thus far have been scrambling to piece together purchases on their own.

Upon learning about the situation, Thompson’s friends, Lea Maurer and Gabrielle Rose, have launched a GoFundMe page to raise money for Thompson and her co-workers.

“Our friend Jenny Thompson is an anesthesiologist in SC,” Maurer and Rose said in an email. “She and her front line colleagues need protective gear. You likely cheered for her in the Olympics. There are so many deserving folks in need right now, please consider giving to Jenny and SC front line workers.”

Thompson, now 47, won eight Olympic gold medals — two in Barcelona, three in Atlanta and three in Sydney — and added three silver and two bronze medals over the course of her career. All of her golds came on American relays, while the Stanford grad also had an individual silver in the 100 free in Barcelona, and an individual bronze in the same event in Sydney.

She currently holds the distinction of having won the most career Olympic medals by an American woman (tied with Dara Torres and Natalie Coughlin, but is technically ahead with more golds) and previously was the most decorated American Olympian overall before being surpassed by Michael Phelps.

The Danvers, Mass., native received her medical degree from the Columbia University College of Physicians and Surgeons in 2006.

Confirmed cases of COVID-19 cases in the United States reached 43,449 on Monday, with 545 deaths. In South Carolina specifically, there have been 297 confirmed cases, tying it for 18th highest in the country with North Carolina.

Hopefully Jenny and her team have access to powered air purifying respirators during aerosol generating procedures such as intubations, specifically on infected patients. Unfortunately, in emergent situations there is often not enough time to don adequate protective gear for one’s own safety. Best wishes to Jenny, first responders and all medical personnel.

Good luck in sourcing these . Foreign Policy which is not a Resistor publication says a US State Dept email.was sent pressing countries to sell to the US items by the millions & ventilators in the 10,000s . However the email specifically excluded Russia & did not mention China.

Read it yourselves & make your own judgements.

This is so sad. I’ve got a neighbor who’s an ER doctor and she’s asking painters, construction workers and others to donate their masks as her hospital treats COVID 19 patients. USA really screwed up on this.

I guess it wasn’t a hoax.

Go fund me? Great for many things, but I am irked that it is needed in Jenny’s Medical Center. If the Federal Government would actually deploy their strategic stores of PPE, AND TRUCK THEM TO THE CENTERS THAT ARE NEEDED, a Go Fund Me page would be unnecessary. I am now in the midst of the San Francisco COVID-19 surge at UCSF, and we are getting no help from the Fed, no guidance, no supplies. Fortunately we realized this early and learned not to expect anything from them. We devised our own COVID tests, instituted our own procedures, and we anticipated the inevitable run on PPE. This virus is almost the perfectly devious pathogen. It uses the… Read more »

Thanks for your good work, Jay. Stay healthy.

I agree with you 100%. Also shocked that, in a country like America, the government isn’t helping!

Its a messed. I think the wartime act of 1950 will be roll out to speed up mask production,Ventilators and so forth.

Let’s pitch in fellow swim aficionados. Jenny is a real legend, one of the best ever in the USA.